13 Amazing Experiences In And Near Kathmandu, Nepal

Magical and mythical in equal measure, the very name Kathmandu evokes images of ancient temples, rising amongst the jagged, snowy peaks of the Himalayas. Nepal’s crowded, colorful and chaotic capital city fills the Kathmandu Valley, in the heart of the country. This energetic and bustling city is usually the first point of call for international visitors to the country and is everything you imagined and more.

I’m going to give you my suggestions for an unforgettable visit to this wonderful city, both in the city itself and a few highly recommended places a short drive away.

Do note that in 2015, an earthquake devastated some of Kathmandu’s historic sites, and reconstruction is ongoing.

Thamel is Kathmandu’s tourist district and the beating heart of Kathmandu’s traveler scene. While it is hardly typical of the rest of Nepal, this crowded and frenetic spot still manages to retain an Old World feel, with its rows of prayer flags and trundling bicycle rickshaws. Trekking and rafting companies, hotels, restaurants, cafes, bars, and souvenir shops are all jam-packed together in its narrow streets. The shops overflowing with brightly colored clothing, jewelry, paintings, carvings, bronze statues, music, and books, (shopkeepers here can be ruthless so feel free to bargain to get a good price!)

Thamel is both a destination in itself and a gateway to the city’s treasures and within walking distance of many of Kathmandu’s main sights.

Pilgrims, devotees, and a motley collection of painted sadhus (Hindu ascetics) flock to Pashupatinath Temple, the oldest and holiest Hindu temple in the city, and a UNESCO World Heritage Site. Most of the sadhus are friendly and happy to be photographed for a small fee, and in return, they’ll give you a blessing. Pashupatinath is a sprawling mix of more than 500 temples, shrines, pagodas, and ashrams. While it is revered by Hindus and Buddhists alike, the main temple is off-limits to anyone who’s not Hindu. Non-Hindus are welcome to wander the rest of the vast grounds. The temple is on the banks of the Bagmati River and this is where many Hindu Nepalis are cremated. Visitors get an uncensored (and at times confronting) perspective of life, death, and reincarnation from the open-air cremation of bodies on the funeral pyres that line the river bank.

It should go without saying, but when visiting Pashupatinath, respect the privacy of mourners. Photographing funerals and funeral pyres is ethically dubious, so think twice about whether you really need that photo.

With its golden spire glimmering in the sunlight, Boudhanath dominates the Kathmandu skyline and is within easy walking distance of Pashupatinath (about 20 minutes). This is the largest Buddhist stupa in Nepal, and an important center for Tibetan Buddhism and culture, as well as being a UNESCO World Heritage Site. The stupa is surrounded by striking religious artwork and statues, as well as monasteries and shrines, and brightly colored flags flutter overhead. Early mornings and evenings are the best times to visit when prayers are offered and tour groups are absent, and as the sun sets, the Tibetan community comes out to circumambulate the stupa, accompanied by the gentle chanting and spinning of prayer wheels. While often very crowded and noisy, Boudhanath stupa is definitely worth visiting and will leave you with an enduring image of Nepal. Rebuilt after the 2015 earthquake, this is one of Nepal’s most unmissable attractions.

At the heart of Kathmandu, Durbar Square is a vibrant public square that was once the royal residence of the Kathmandu kingdom. The square has one of the highest concentrations of well-preserved ancient buildings in the world and makes for a stunning open-air museum. Although the square was damaged during the 2015 earthquake, there is still an array of architectural gems to see, including the Hanuman Dhoka, Kathmandu’s royal palace, once the seat of power for the kingdom. The Hanuman, Dancing Shiva, and Narsingha statues are well worth seeing, and there are lots of excellent stone carvings and important images on display. In addition to this, the square boasts a number of fantastic museums which look at the history of the palace and the kings who resided there. Sadly, some of the buildings collapsed in the 2015 earthquake, but the beauty of the square remains with its astounding palaces, courtyards, and temples.

No Kathmandu itinerary is complete without visiting the Durbar Squares. Yes, that’s plural! There are actually three Durbar Squares in the Kathmandu Valley. The majority of travelers only visit Kathmandu’s Durbar Square, a few minutes’ walk from the Thamel area, but there are in fact, two more, one at Patan and one at Bhaktapur; both deserve a visit, and we will chat about them a little further down this list.

Founded at the beginning of the 5th century, Swayambhunath Temple is the oldest shrine complex in the Kathmandu Valley and one of its most popular tourist attractions. Situated to the west of Kathmandu, at the top of a winding staircase comprising 365 steps, Swayambhunath has one of the city’s best panoramic views. The first thing you’ll notice here, even before you start on the stairs, is the monkeys. There are hundreds of them and are believed to be holy. The complex, which contains multiple shrines and a stupa, is considered holy to both Buddhists and Hindus.

Pro Tips: If you’re interested in gaining insight into the religious aspect of the temple you can take a tour led by a resident monk.

From the top, you can admire panoramic views of Kathmandu when it’s clear; though Kathmandu unfortunately is very often covered in haze and smog.

Patan was once a separate kingdom from Kathmandu, with its own kings, culture, and traditions. Now it’s essentially the southern part of Kathmandu city. With its strong Newari (the historical inhabitants of the Kathmandu Valley) culture, exquisite temples, and vibrant handicrafts, this is a favorite day trip in Kathmandu. Patan’s Krishna Temple is one of Kathmandu’s finest temples, and unlike most in Nepal, which are usually made from carved wood and brick, Krishna is made of finely crafted stone and stands in the middle of Patan Durbar Square and is a definite highlight of a visit here.

The beautifully restored Gardens of Dreams were created in the 1920s as private gardens, but are now open to the public and provide a peaceful contrast to the busy streets outside. Hidden away within a palace complex, the Edwardian-style garden features many exquisite fountains, pavilions, and pergolas. Located a stone’s throw away from Thamel, this idyllic garden is an ocean of tranquillity.

The Asan Market area is one of Kathmandu’s most ancient sections. It has sat at the crossroads of trade routes through the Himalayas for centuries and is still a busy, thriving, and culturally fascinating part of the central city. When traveling, I love to visit the local markets. As one of the most popular markets in Kathmandu, you can shop for just about anything. My favorite shops are those selling spices, as I love to cook and this is the perfect souvenir to bring home.

Freak Street got its English name from the “freakish” looking hippies who hung around here in the 1960s and ’70s when Kathmandu was a popular stop on the “hippie trail.” Only a short walk from Kathmandu’s Durbar Square, this legendary place is now just a shadow of its past, but travelers do still come to check it out.

A Short Distance From Kathmandu

Half an hour drive from Kathmandu is Bhaktapur, the seat of power in medieval Kathmandu times. Bhaktapur is known as Nepal’s best-preserved city. The 2015 earthquake claimed many historic buildings, but the one-time flourishing kingdom is still packed with Old World charm. Bhaktapur’s Durbar Square, a UNESCO World Heritage Site and heart of the city is well worth a visit.

Shivapuri National Park, 20 miles from Kathmandu, in the north of the Kathmandu Valley, is a great place to come for a quick escape from the hustle and bustle of town or to embark on a longer trek. There are numerous hiking and mountain bike trails through the park, and on a clear day, you can see snow-capped mountains to the north.

Nagi Gompa, a Tibetan Buddhist convent located in the Shivapuri National Park, is home to more than 100 nuns, something rare in a region that predominantly has monasteries for men. Visitors are welcome, and many travelers stop here while hiking in the park.

Dakshinkali Temple, 14 miles south of central Kathmandu, tucked away amid the mountains and forests on the edge of the Kathmandu Valley, is a sacred Hindu temple and an important Hindu pilgrimage site. Dakshinkali Temple isn’t for the faint-hearted though; twice a week priests sacrifice male goats and roosters to the bloodthirsty goddess Kali.

On the northern edge of the Kathmandu Valley, 20 minutes from town, Budhanilkantha is a small town famous for the Budhanilkantha Temple. A 16-foot reclining Vishnu stone statue lies in the temple grounds, surrounded by water and stone snakes. It’s the largest stone statue in Nepal and is unusual because the god is lying down.

The easiest way to get around short distances is by hiring a bicycle rickshaw. You can also hire a taxi or rent a motorbike. Make sure to negotiate fares prior to your journey.

Kathmandu is a primarily Hindu city, with a sizable Buddhist minority. Most Nepalis dress conservatively, especially older people. It’s best to err on the side of modesty and be culturally respectful, especially when visiting religious sites.

The best time to go to Kathmandu is October–November. During the summer monsoon season (May–September) your plans are likely to get rained out! The second best time to visit is February–May when winter is over but the rains have not yet begun.

There is something about Kathmandu that makes this a truly captivating place, filled with amazing things to do. From the moment I first arrived In Kathmandu it was love at first sight, and hopefully, armed with my suggestions, you will feel the same way, too!

Nepal is an exotic location worthy of exploration: 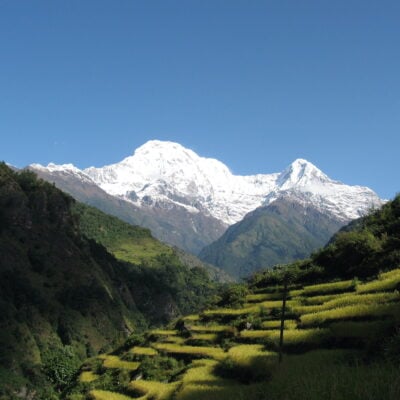 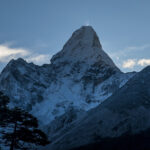