9 Fantastic Things To Do In Columbus, Ohio

Located in central Ohio and known for its major sports powerhouse university, Ohio State, Columbus is so much more than a university town. Growing up in Cleveland, another one of the tri-Cs that include Cincinnati, I have always known Columbus, albeit more as the state’s capital city surrounded by sleepy farmland.

While there are still cows grazing and corn growing outside the metropolis, Columbus has become a hub of culture, cuisine, and creativity that make this college-centric town a magnet for technology, insurance, and retail corporate headquarters. Suburbs have grown up around the city that both hipsters and families call home, and the area has been proactive in rehabilitating destitute or dangerous urban areas into trendy centers for living, dining, and drinking emerging craft beers and spirits. Franklinton is one of these newly discovered art and culture centers and features a more edgy, urban, and industrial arts vibe and is home to breweries and distilleries.

Columbus truly has something for everyone including world-class museums, hip boutique hotels, food halls that promote incubator businesses, and plenty of parks, trails, and outdoor activities. I had the opportunity to revisit the city as a travel writer and was thrilled with what I found and can’t wait to discover even more.

As the name implies, German Village is the area where the German community settled in Columbus in the mid-1800s, and the beautifully restored brick brownstones they built on pleasant cobblestone streets scream charm. German Village is one of the most popular destinations both to live and visit in Columbus. A walking tour is a necessity here as there is a surprise around every corner in this section of the city where the entire area is listed on the National Register of Historic Places.

German food is on the menu in many pubs that serve local craft German-style beers like at Schmidt’s Restaurant and Sausage Haus, located in a historic livery stable. Lots of live music can be found here as well. The cuisine is not limited to Wiener schnitzel and brats in German Village. Popular haunts include Columbus-based Jeni’s Splendid Ice Creams and Pistacia Vera. Barcelona specializes in tapas and paella and has a lively outside patio. Looking for breakfast? Skillet is the hot spot in German Village. The Kitchen is an interactive events space where not only will you dine well, but also participate in the cooking.

The Book Loft of German Village is the major retail destination with its endless rooms of new and used books — 32 in all — making it one of the largest independent booksellers in the country.

This now-thriving area near downtown and Ohio State University is a hub of art in all of its forms, creative culinary incubators, and the best that Columbus has to offer. Short North runs along Columbus’s High Street from Spring Street to 10th Street, with the majority of the Arts District found from 2nd Ave. and above.

Short North’s galleries galore provide entertainment and talent no matter what your preferred form of art may be. On the first Saturday of every month, there is a daytime gallery hop open to kids and dogs alike with demonstrations and plenty of food opportunities. While live music abounds every day, musicians line the streets in greater numbers during Gallery Hop.

Dining here is a phenomenon with the Short North Market Food Hall, plenty of diverse offerings, and fine dining like The Guild House, Pearl, and Lincoln Social Rooftop Lounge. Plenty of locally produced drinks and craft beers from hyperlocal Short North and North High Street Breweries mean you won’t go thirsty. A bus makes the rounds up and down High Street, so park once and enjoy it all.

Even the side of the 11-story Graduate Hotel is an opulent statement to the arts vibe in Columbus. The largest augmented reality mural in the world, called “The Journey,” wraps this hip hotel, making staying there feel like sleeping in a museum.

The first art museum in the state of Ohio, the Columbus Museum of Art has been the standard-bearer since 1878. Not only does the museum house an array of 18th- and 19th-century masterworks, but it pays tribute to folk and native art that reflects the Ohio Valley.

The museum features traditional and contemporary art as well as exhibits that pay tribute to single artists like the “Raggin’ On” collection by primitive artist Aminah Robinson and “Thinking Outside the Bricks,” an architectural exhibit. Coming soon is a comprehensive Van Gogh exhibit.

4. Wexner Center For The Arts

Les Wexner is a big name in Columbus. He is also an art collector, so it is not a stretch for Wexner to support a museum after his success with retail brands like Gap, Banana Republic, and Victoria’s Secret (he is also connected to Jeffrey Epstein, though Columbus focuses on his local contributions).

On the Ohio State University campus, the Wexner Center is a multi-faceted arts institute with culturally-astute exhibitions like “Climate Changing: On Artists, Institutions and the Social Environment,” film and video presentations, and live performing arts.

A caveat for those who couldn’t care less about gardens: this is about Chihuly glass, and the largest display of the glass master’s art in a botanical garden can be found right here. My daughter saw it when she was about age 20 and she is still talking about it … and she has seen the Chihuly installation in Vegas’s Bellagio Hotel.

Featuring 88 acres of botanical gardens with an emphasis on seasonal displays, bonsai, and the sponsored Scotts Miracle-Gro Foundation Children’s Garden, this world-class collection of over 400 plant types has something for everyone. There are also classes and special events regularly.

The Billy Ireland Cartoon Museum And Library is home to the world’s largest collection of materials related to cartoons and comics. It’s on Ohio State’s campus, so it is easy to combine with a trip to The Wex. Plus, it’s free!

Browse the cartoons of your childhood as well as the biting political satire that cartoonists do so well. Exhibits change, but currently include “Into the Swamp: The Social and Political Satire of Walt Kelly’s POGO,” a collection with cartoons featuring dogs, and a permanent exhibit called “Treasures from the Collections of the Billy Ireland Cartoon Library & Museum.”

Only a few years old, this museum dedicated to our veterans of all wars is a fascinating place to both revisit wartime memories and learn for the first time about wars affecting the United States.

Well-done and interactive, the National Veterans Memorial and Museum brings to life the living conditions during wartime, the experiences of war, the emotions of those who were away, and the heartbreak for those they left at home.

8. The Neighborhood Of Worthington

This strip of Colonial architecture is the center of a popular suburb of Columbus. Worthington has somehow managed to combine a town center with necessary local businesses and hyperlocal incubator businesses that are a surprise and delight.

I first bought a bag from Branch Line Leather when I visited on a press trip a few years ago. I have been back many times and have even phone ordered these truly special, custom items. You choose the bag style and the leather hide you want it made from. A few weeks later, it arrives at your door. You can also buy one premade and pair it with wallets, key chains, leather bracelets, and other jewelry. Candle Lab, where you make your own candle to the scent you desire, is down the street as is Igloo Letterpress, a true old-fashioned creator of posters and stationery with that raised graphic look that is impossible to find these days.

9. Columbus Hotels That Hit Above Their Weight Class

In addition to the Graduate Hotel mentioned above, the following hotels have standards that set them apart in this inspirational city of culture and cuisine. 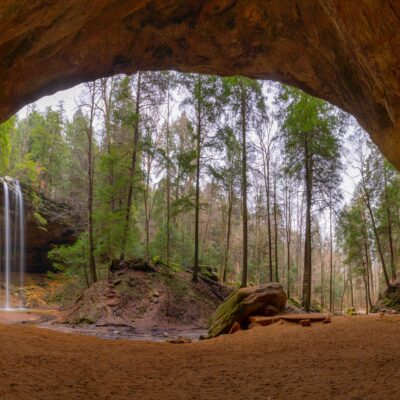 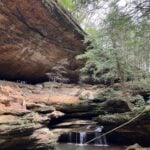 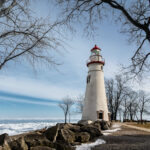