Best 4th Of July Celebrations Along The Gulf Coast

From Panama City Beach to Biloxi, the skies over the Gulf Coast will light up with more than just incredible blazing sunsets this summer. Adding to nature’s amazing light show are dozens of must-see 4th of July fireworks displays and celebrations. Here are some of the best Independence Day events the Gulf Coast has to offer.

Described as Florida’s most relaxing place, Navarre Beach is well known for its pristine white beaches, calming emerald Gulf shoreline, and incredible sunsets, but that tranquility is short-lived on the 4th of July with the town’s Hometown 4th celebration.

Grab your beach blanket or chair and join the fun with live music on the sugary beach, then catch the dazzling firework display over the Gulf.

With its small beach town feel, the seaside community of Panama City Beach holds claim to the most beautiful beaches in the world. With 27 miles of glistening white sand hugged by crystal clear emerald Gulf water, it’s hard to argue with them.

The town rocks to life the 4th of July weekend with its annual Real Fun Fourth. Each night there is a fireworks spectacular beginning with Light Up The Bay on July 2nd at Papa Joe’s Bayside. The next night, it’s Light Up The Gulf at the Boardwalk Beach Hotel and Convention Center and the Freedom Rocks Fireworks Show at Grand Lagoon.

The holiday is capped off with what is described as the largest fireworks display on the Gulf Coast – the Star Spangled Spectacular at the M.B. Miller County Pier. The show begins at 9 p.m.

3. Destin Commons’ Smoke On The Coast

With almost 70 stores and 20 restaurants, Destin Commons is a must-visit shopping destination for visitors to Florida’s Emerald Coast. The vibrant colors and inviting atmosphere of the Commons makes your shopping experience a pleasure. The Commons is even pet friendly. Leashed pets are allowed to stroll the streets with you. There are even dog-friendly restaurants, including World of Beer, Starbucks, and Smashburger, where dogs are allowed to dine with you on their patios. They even have treats for your pup.

But the Destin Commons really comes to life on the 4th of July as the best pitmasters along the Florida panhandle descend on the center for a charity fundraiser —  Smoke on the Coast. The party kicks off around dinnertime as the smokers are opened and visitors are treated to inexpensive samples of the mouthwatering barbeque. The walkways are filled with music and activities, then the sky above reverberates with the sound and spectacle of their Independence Day firework extravaganza.

Admission is free, but during the celebration, parking meters are set up in front of your favorite stores and you are asked to drop in a coin or two (or use a credit card). Those coins go to fund the Destin Commons Coins for a Cause program, a charity that has raised over $1.5 million for a variety of local charities benefitting at-risk youth and education, animal welfare, and disaster relief programs.

With a light sea breeze blowing in from the Gulf of Mexico, the sugary white beaches of Pensacola light up each year with a spectacular firework display at the Pensacola Beach Boardwalk along Santa Rosa Sound.

The boardwalk is filled with incredible shops, dining experiences, and live entertainment that will fill your day with fun before the big show lights up the sky at night.

And while in Pensacola, how about a little baseball? The Pensacola Blue Wahoos, a Miami Marlins AA affiliate, knows how to celebrate the 4th of July with a bang. When at home, the team celebrates with a week of fireworks following each game culminating in a spectacular, extra-long display on the 4th.

The skies will light up along the Mobile, Alabama’s famed waterfront at Cooper’s Riverside Park for the city’s big fireworks show.

Spend the day visiting the city’s fascinating museums, like the Carnival Museum that celebrates the birthplace of Mardi Gras, the Gulfquest Maritime Museum, or the Mobile History Museum. Maybe do a little shopping at one of the city’s eclectic stores or grab a bite to eat at one of Mobile’s amazing restaurants.

Next to fireworks, picnics, ice cream, and a day at the beach, nothing screams summertime fun more than spending a day at an amusement park, and the 4th of July is the absolute best time to visit OWA park in Foley.

Get there early and spend the day riding the park’s thrill rides, like the twists, turns, and sheer drops of Rollin’ Thunder and the Alabama Wham, or cool off in the Gravity Island Water Obstacle Course. Admission is required to the amusement park side of OWA.

For those of you who aren’t thrill-seekers, spend the afternoon shopping in the many stores that line the streets of Downtown OWA, then grab dinner at one of the park’s eight amazing restaurants, including Paula Deen’s Family Kitchen and Lucy’s Retired Surfer’s Bar and Restaurant, before the big show kicks off. Live music fills the streets, and the sky hosts one of the largest synchronized fireworks displays on the Alabama Gulf Coast.

Downtown OWA and the OWA’s 4th of July celebration is free.

Ready to party? The Alabama Gulf Coast’s premier shopping, dining, and entertainment venue, the Wharf, is gearing up for its annual Independence Day Street Party.

Dance down the streets with live DJ music throughout the day. Have a sweet treat, lunch, or dinner, or grab a drink at one of the Wharf’s 18 restaurants and snack shops. If you have kids, there are always plenty of activities for them.

After the sun goes down, those same streets come alive when all of the palm trees that line the route are lit in blazing red, white, and blue lights before the big show, the fireworks display, ignites the night sky.

Oh, and if you can’t make it the day of the street party but want to see fireworks, the Wharf shoots them off every Monday night throughout the summer with their Sparks After Dark show.

The Street Party is normally held on July 3, but as of this writing, the management tells us the actual date may change. Visit the Wharf’s event calendar for updates. Admission to the Street Party is free; however, some attractions do charge a fee. Check the Wharf’s website for current pricing.

Straddling the border between Alabama and Florida, the world-famous Flora-Bama Lounge and Oyster Bar hosts a lively day of fun in the sun along the Gulf’s beaches beginning at 11 a.m., with live music, drinks, and amazing Southern barbecue throughout the day. The celebration is highlighted by the Miss Firecracker Bikini Contest and the annual Freedom Run with participants donning their most patriotic running wear for a 4K run/walk or 1-mile fun run/walk.

The night wraps up with a raucous firework display over the beach. Registration is required to participate in the Freedom Run.

It wouldn’t be the 4th of July without watermelon, now, would it? For two days — July 2 and 3 — the town of Grand Bay opens up Odd Fellows Festival Park for a good old fashioned Independence Day celebration featuring live music, rides, games for old and young alike, an open car show, pretty baby contest, and of course, all of the free, ice-cold watermelon you can eat.

The sunsets over the Gulf are breathtaking. As the sun slowly dips over the horizon, it bursts into one final gasp of brilliant orange then morphs into a purple hue before vanishing.

The Ship Island Excursion ferry normally shuttles visitors to beautiful Ship Island, one of the Gulf’s beautiful barrier islands and part of the Gulf Islands National Seashore, for a day lazing on the beach, hiking, and bird watching, but on the 4th of July, they offer a unique way to view the spectacle of a Gulf sunset and the dazzling fireworks show in Gulfport.

The cruise leaves from Yacht Harbor at Jones Park and heads into the Gulf. The cruise concludes with the fireworks show. Visit the Ship Island Excursion website for pricing, times, and to reserve your seat.

11. Gulf Port 4th Of July On The Schooner

How about viewing fireworks not only from the Gulf but also aboard a beautiful schooner? The Maritime and Seafood Industry Museum’s Biloxi Schooner sets sail on the 4th for a cruise around Biloxi Bay and the Deer Island Coastal Preserve before returning to view a spectacular sunset over the Gulf and the Biloxi fireworks extravaganza. 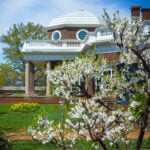