9 Things To Know Before Experiencing Mardi Gras In Mobile, Alabama

Mardi Gras. Those two words conjure up vivid images of the two weeks out of the year when inhibitions are tossed to the wind as colorful masked revelers parade down streets aboard majestically ornate paper mache floats, tossing goodies to the throngs of people lining the parade route. A time when you can let it all hang out with excessive food, drink, music, and fun before the Lenten season begins.

When it comes to Mardi Gras, it’s natural for people to think of the Crescent City, New Orleans, with its wild and raucous partying and revelers, but Mardi Gras wasn’t born in NOLA. In fact, the birthplace of Mardi Gras in America is Mobile, Alabama. The city began celebrating in 1703 and has never looked back.

Now, don’t get me wrong. When it comes to the history of Mardi Gras, New Orleans and Mobile have created their own traditions that have been swapped back and forth over time, so it’s safe to say that Mardi Gras wouldn’t be the same without the two cities.

But when you head down to the Gulf Coast to experience the original Mardi Gras in Mobile, here are some things you should know.

Note: Sadly, as of this writing, virtually all 2021 Mardi Gras festivities and parades have been canceled due to the pandemic, but I can assure you, come 2022, it will be back bigger and better than ever. After all, the city will tell you they were “born to celebrate.”

Mardi Gras is French for “Fat Tuesday,” a single day that is always celebrated the day before Ash Wednesday. The celebration leading up to Fat Tuesday is called Carnival, but the term “Mardi Gras” has been extended to cover the two weeks of partying that culminates on Fat Tuesday.

During those two weeks, Mobile hosts over 33 parades with masked revelers from mystic societies riding on top of floats, tossing trinkets to the crowds. Traditionally, the societies are groups of Mobilians organized by a certain class or commonality, their identities known to only a few, hence the wearing of masks.

You can learn about the fascinating history of Mardi Gras by paying a visit to the Mobile Carnival Museum.

By the way, while there is plenty of partying to be had, the Mobile parades are more family-friendly than their New Orleans counterparts.

Don’t turn your head for a moment or you’ll miss catching — or get wonked on the head by — a throw.

Throws run the gambit — candy, stuffed dolls, the highly coveted green and gold Mardi Gras beads, and a true Mobile tradition: Moon Pies. The sweet chocolate-and-marshmallow treat makes parade-goers go into a frenzy. You’ll see thousands of outstretched hands begging for a throw, with shouts of, “Throw me something, mister!”

Just be thankful that they stopped throwing the previous coveted treat — boxes of Cracker Jacks — back in the 1950s. Can you imagine getting whacked with a box?

With 33 different parades, which one should you see? The good news is that on any given night, several parades roll one after the other on the same parade route. A complete list of parades and routes can be found on the Mobile Mask website. But there are a few that are not-to-miss.

While most of the parades are staged by the “secret” societies, the People’s Parade is a celebration put on by everyday people, the “average Joe,” as it were, and is held the Sunday before Fat Tuesday. This parade and party are the polar opposites of the fancy parades put on by the mystic societies.

The parade occurs on Joe Cain Day, who, as legend has it, brought Mardi Gras back to Mobile after it was canceled during the Civil War. As the story goes, Cain dressed up as a Native American chief he named Slacabamorinico and paraded down the streets. For the last 30-plus years, local Wayne Dean has recreated the role of Chief Slac for the celebration. The parade ends at Cain’s grave in Church Street Graveyard.

This parade literally goes to the dogs, and the cuteness is just too much.

The MMOR parade is where, for a small donation, you and your dog (or most any other pet) can dress up and parade through downtown Fairhope, Alabama, which is across Mobile Bay from Mobile. Proceeds from the event benefit The Haven, a no-kill animal shelter.

The oldest continuous Mardi Gras parading group in the city is the Order of Myths. The Myths first began parading in 1867. The parade makes its way down the Mobile streets using its signature emblem (or main float) to lead the way — a mule-drawn cart float decorated with a broken column that some believe symbolizes the broken South after the Civil War. Two masked revelers dance around the column; one represents Folly, the other represents Death. Folly chases Death, and while eventually, Death will win, on Mardi Gras Day, Folly always wins.

The celebration wraps up on Fat Tuesday with the biggest celebration of them all. This is the day when everyone lets it all hang out before Lent begins. The day is filled from morning late into the night with wall-to-wall parades, music, food, drinks, and fun.

That’s French for “let the good times roll,” and they sure do in Mobile’s downtown entertainment district, Dauphin Street, which is located just off the main parade routes.

This bustling restaurant and bar scene means an eclectic array of music wafts through the air well into the night, and the restaurants serve up some of the best Mobile and Southern dishes you will ever sample.

But if you’re not into that scene, never fear. There are plenty of food trucks and vendors lining the parade routes, serving up delectable, quick, portable meals, including shrimp and catfish po’boys and plenty of Cajun cuisine.

By the way, the correct response to someone saying “Laissez les bon temps rouler” is “Oui, cher,” or “Yeah, you right.”

6. Come Prepared, But Be Patient

Thousands of people flock to downtown Mobile each year for the celebration. Before heading out, arm yourself with information. It’s especially important to know the parade routes and times. Mobile Mask has all the route info you need.

Depending on what month Mardi Gras falls on (it could be anywhere from February to April, depending on when Ash Wednesday falls), be prepared for the weather, and dress accordingly. While weather on the Gulf Coast is generally warm, it can still get downright cold. It’s no fun standing in a cold February rain for an hour to two waiting on a parade if you don’t have a raincoat.

Speaking of rain, leave your umbrella at home. They are hard to handle and a nuisance to others when you’re in a crowd of thousands.

Before heading out, make sure you bring along an old plastic grocery bag, tote bag, or something else you can put the throws you catch into.

The best advice is to get there early and stake out your spot. You may have to wait quite a while before the parade starts, but it’s the only way you are guaranteed a good viewing spot. Plus, you will have a great time people-watching while you wait. Oh, there are some characters.

Above all else, be patient. You are going to be jostled around as the parade passes by. Even the nicest looking families with the smallest of kids get caught up in the frenzy of the celebration and fight for those beads. Expect some pushing, shoving, even hands being stepped on as you reach for a Moon Pie that landed on the street. Just keep in mind that it’s all in good fun. That’s why we’re all there.

Across downtown Mobile, you will see little signs attached to lamp posts. Heed the warning that is emblazoned on them: “No parking 2-hours before or after a scheduled parade or you will be towed.” If your car is towed to the slammer, you must pay an expensive bail to get it out, not to mention the hassle.

Generally, it’s advisable that you spend the extra money and park in a secure lot. If you get there early enough, your best bet is to park at the Mobile Civic Center, where you’ll have an easier time getting out when the parades have ended, plus it’s located near where most parades begin. Another option is to park at the Mobile Convention Center, but parking there could be limited depending on whether a cruise ship is in port at the time. Visit the Mobile parking information website for parking more suggestions.

Getting to the fun of Fat Tuesday can be a challenge. People begin arriving at 6 a.m., and the main highway that runs into Mobile (U.S. Highway 90, a.k.a. Government Street) is closed to traffic starting between 6 and 6:30 a.m. It doesn’t reopen until late that night.

If you’re coming into town from the east, you will need to take Interstate 65. If you’re coming from the North, Interstate 165 to Water Street could also be blocked at certain intersections. Visit the Alabama Department of Transportation website for up-to-the-minute traffic information.

Remember, on Fat Tuesday, leaving downtown can be difficult no matter where you leave the car. Again, be patient.

8. Rules Are Meant To Be Followed

Here are some other important rules to remember:

9. In Case Of Emergency

If for some reason you need help during a Mardi Gras celebration, police officers are stationed at every intersection.

10. After The Parades Pass You By

When the rhythmic drums and blaring horns have faded to memory and you have collected 50 pounds of beads, don’t throw them out, and whatever you do, don’t give up donuts for Lent! For every 12 pounds of beads you bring into a local Krispy Kreme Donut location, you will get a dozen hot and oh-so-delicious glazed donuts for free. A tasty reward for your effort. 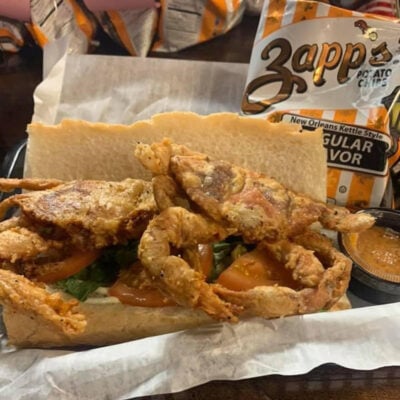 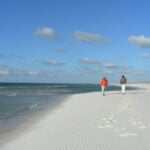 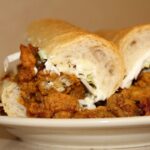 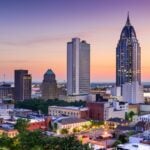 Mobile10 Fantastic Things To Do Outdoors In Mobile, Alabama