11 Fantastic Things To Do In Historic Old Naples, Florida

Naples, Florida, has the reputation for being a pricey place to visit. A night at the Ritz Carlton on the beach can set you back $400 and up, and that’s in the off season. But some parts of Naples are remarkably affordable, particularly the area known as Old Naples.

Old Naples is generally the south side of town, the area where the community first got its start over a century ago. There are no hard boundary lines, but if you drive out Central Avenue toward the beach and make a left turn on any side streets, you’re in Old Naples.

The commercial hub of Old Naples is along Fifth Avenue South. Here you find restaurants, shops, art galleries, and more. We visited on a weekday at lunchtime and the place was hopping.

1. Take A Tour On A Segway Or Trike

There are two outfits that offer tours, mostly in the Old Naples neighborhoods. Segway Tours Naples is a Segway-only operation. They offer 90-minute tours for $64. It includes a little time getting comfortable with the Segway.

There is also Segway of Naples, which also offers motorized trikes. Their tours are also 90 minutes. The rate for Segways is $59, and $49 for Trikes.

Sweet Liberty on 12th Avenue South has a 53-foot catamaran that claims to be the largest sailing cat in Southwest Florida. They pull the boat up to local beaches for a little swimming and shelling. Plus they offer sunset cruises.

The Miss Naples is a 48-foot custom-built catamaran that can hold up to 48 people. They offer shelling excursions to local beaches and afternoon and sunset cruises. They are also available for charter and corporate events.

The Naples Princess is a renovated luxury yacht. It offers daily cruises and caters to special occasions like weddings. They offer a lunch buffet cruise. It has an air-conditioned cabin, but who wants to stay below on a trip like this?

Pure Florida charters specializes in dolphin watch cruises in the bay and rivers. Their larger boats are used for eco-tours, and they also have jet boats for high-speed thrill rides and take fishing charters into the Gulf of Mexico.

If shopping is your thing, get those credit cards ready because Old Naples has plenty of clothing stores, jewelers, and art galleries. 5th Avenue South is the shopping hub, but there are plenty of stores along the side streets and avenues.

4. The Arts In Old Naples

There are several fine art galleries in Old Naples. Perhaps the most respected is the Gardner Colby Gallery in what is called the Art Block on 3rd Street South. It has been around since 1994. It showcases a large collection of works by contemporary artists who work with painting, sculpture, and glass.

The Shaw Gallery is located on 5th Avenue South. It has been a Naples institution for over 30 years. They feature American and international artists who are painters, sculptors, and glass workers.

A smaller boutique shop on 5th Avenue South is the Sheldon Fine Art Gallery. It has a nice selection from astounding painters who work with oils, watercolors, and acrylics.

Naples has a 170-acre botanical garden that features tropical and subtropical plants. It is located on Bayshore Drive in Old Naples. Admission is $20 for adults. In this South Florida climate, something is always blooming.

The Continental Steakhouse has courtyard seating that turns into a music and dancing spot in the evening. A bar food menu is available until midnight.

Live theater can be found at The Naples Players on 5th Avenue South. The performing company has been active since the 1950s. It features musicals, comedies, and drama. Performances take place year-round.

The Palm Cottage goes back to 1895 and was restored in 1996. It is now home to the Naples Historical Society. The house is on the National Register of Historic Places. The society offers walking tours of the Old Naples Historic District.

The first development of Naples goes back to 1886, when over 3,000 acres of land were purchased for $3 an acre by the Naples Town Improvement Company. The first hotel was built in 1889 and the town became a winter retreat for wealthy northerners.

City ordinance prohibits condos south of 8th Avenue North. But there are a lot of private homes that are bigger than some condos. Throughout Old Naples you will find small homes that often go back generations. And right next door, there’ll be a new mansion.

The beaches at Naples are pure white sand, and usually crowded. The municipal beach extends for 10 miles. There are 22 public access points. The south beaches near the pier get a lot of traffic, and parking is an issue. There is limited beachfront permit parking at the beach access points, and it’s for residents only. There are plenty of public lots located back from the beach, with parking by permit. The permit is free to Naples residents, $50 for visitors. Parking meters run $3 an hour, and some pay lots charge $15 a day. For sure you don’t want to get a ticket. Parking fines range from $37 to $102. Visitors are advised to visit the city’s parking page so they are clear on the rules.

The first Naples Pier was built back in 1889. But parts of it have washed away in hurricanes and it was once damaged by fire. Hurricane Donna in 1960 washed away almost the entire structure. It has always been rebuilt and restored. The pier extends 1,000 feet out into the Gulf of Mexico and attracts a lot of people wanting to view sunsets. There are also people fishing, posing for selfies, and just sightseeing. The pier has restrooms, showers, a concession stand, and covered picnic areas. It’s located on 12th Avenue South.

This is a touristy collection of old tin-roofed buildings that used to be a fish market. Today, it’s gift shops and restaurants located on the Gordon River at the Tamiami Trail (U.S. 41).

Fresh fruits and vegetables, bakery items and more can be found every Saturday at the open-air farmers market at Third Street South, between Broad Avenue and 13th Avenue South. The hours are 7:30 a.m. to 11:30 a.m.

Places To Eat In Old Naples

The Vergina is upscale Mediterranean dining on 5th Avenue South in the heart of Old Naples. The bar features live entertainment every night.

The Ridgeway Bar and Grill on Third Street South had a pretty busy lunch crowd when we visited. There is outside seating on the patio looking out onto the street. They have appetizer plates designed to be shared. The entrees run around $30. A big juicy burger is $19.

Sometimes you just want a taco. Try Turco Taco. It’s a place where the locals eat on 9th Street North. We tried the fish and steak tacos and they were delicious. Buy a T-shirt, too. Support a local small business!

Places To Stay In Old Naples

The Naples Beach Hotel has been around in one form or another since the 1880s. The hotel and golf club has been a Naples icon since 1929. It was entirely rebuilt after World War II. It is regarded as the northern boundary of Old Naples. Rates start at $450, and there are golf packages.

The Cove Inn at Naples Harbor has been around a while, and recently underwent a renovation. Room rates there start at $110 during the off season, and run closer to $170 during peak season.

The nine-room Gondolier Inn on 8th Avenue South is an older motel that has been elegantly refinished. Rates start at $140, and reservations are usually needed well in advance because of the limited number of rooms.

Naples is reachable by Interstate 75 from the north (Tampa) and east (Fort Lauderdale–Miami). Use caution driving in from the north. The last exit is Collier Boulevard, Highway 951. If you miss that exit, you have to go nearly 20 miles into the Everglades to find gas and a place to turn around. 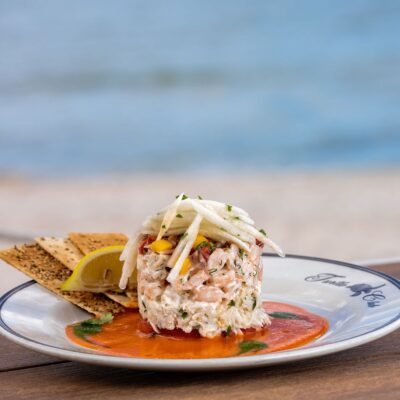 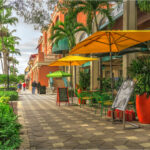 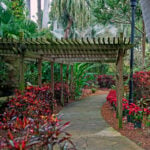