How To Spend A Beautiful Long Weekend In Clearwater, Florida

The city of Clearwater and Clearwater Beach are on the central Florida Gulf of Mexico coast. The city offers a unique beach experience with luxury beach-front hotels and condos, and within easy reach of all the attractions the Tampa Bay region has to offer.

I used to live on the beach in Tampa Bay, and we would make occasional trips to Clearwater to bask in its glorious beaches and take in the exciting cultural scene that it has to offer.

When first incorporated as a town, it had the name Clear Water Harbor. That name was later changed to just Clearwater. In 1912, Pinellas County was formed and Clearwater was designated the county seat.

The area was originally the home of the Tocobaga Indians. The first Spanish explorers came ashore somewhere along the coast in 1528. The first formal American arrival in the area came in 1835 when the U.S. Army built Fort Harrison overlooking the Clearwater harbor. The fort served as the Army’s base during the fighting of the Seminole Indian Wars. Clearwater was also a major training location during World War II.

Clearwater Beach is widely regarded as one of Florida’s best beaches, being voted the number one beach in the country several times by websites that rank those sort of things. It is lined with hotels, luxury resorts, and condominiums. There is plenty of public access, particularly at the large Sand Key beach park at Pier 60.

Interesting To Note: Clearwater is home to the Church of Scientology, which has an uneasy relationship with the community. The church has bought up more than 100 buildings in downtown Clearwater, many of which are now tax-exempt, causing concerns for what the church does to the tax base of the city.

Things To Do In Clearwater

Coachman Park is a 20-acre municipal park located on the waterfront in downtown Clearwater. The park is the venue for many community events throughout the year, including art festivals and the annual Clearwater Jazz Holiday.

The city-operated Clearwater Harbor Marina, with its 126 boat slips, is located at the park and can handle boats up to 55 feet.

Each year the Clearwater Jazz Holiday draws top musicians from across the country, and large crowds. The 2021 Holiday is scheduled in October when the Florida weather cools off, but still bring the sunscreen. It’s a long day in the park with little shade. Tickets are sold online and are categorized by General Admission, Reserved Seating, and VIP Reserved Seating. If you opt for general admission, bring your own lawn chair. Unfortunately, you can’t bring Fido. Only service animals are permitted.

COVID Alert: Coachman Park is closed to public gatherings, and the Jazz Holiday in October will be held at another venue. At the time of publication, the location has not been determined and 2021 ticket prices have not been finalized. Keep checking the website for details.

The Clearwater Marine Aquarium is located off the Highway 60 Causeway leading to the beach. The aquarium is noted as home to rescued and injured marine life. You will find dolphins, turtles, sea birds, even sharks. Because of their injuries, most cannot be returned to the wild and are permanent residents at the aquarium. The aquarium offers dolphin boat tours and sunset tours in Clearwater Bay.

Beach life centers around Pier 60 on Clearwater Beach. This 1,080-foot-long pier juts out into the Gulf of Mexico. It has six covered pavilions, restaurants, bait shops for the fishing fanatics, and is well lit for night fishing.

Sand Key Park at the pier is home to the annual Sprint/Sand Key Triathlon. It offers beach cabanas, bathhouses, a dog park, a playground, lifeguards, and a million-dollar view for sunset.

If you just want to veg out on the beach, Clearwater Beach and Sand Key offer wide beaches of groomed white sand. Staying at a beachside hotel gets you easy access. But if you’re not at a hotel, don’t fret; there are plenty of public access points along the beach. One caution: Don’t bring alcohol in your cooler. The beach is patrolled and they will make you dump your beers in the trash. Trust me on that!

If offshore fishing is your thing, there are fishing charters in Clearwater and Dunedin. One of the largest operators is “Above Average Fishing Charters” at the Clearwater Marina. They offer half-day and full-day charters into the Gulf of Mexico.

If you like baseball, Clearwater is the spring training home of the Philadelphia Phillies. In addition, the Toronto Blue Jays train in nearby Dunedin (one of our picks for 5 Incredibly Charming Small Towns In Florida), and the Yankees are based in Tampa. The spring training camps open in mid-February, and games are played in March before the teams begin their regular season.

Major League baseball is nearby in St. Petersburg. The Tampa Bay Rays play at the Tropicana Field dome. The Rays usually field a good team. They made it to the 2020 World Series, but crowds are typically small. You can usually count on getting walkup tickets at the dome.

Tampa is home to the Super Bowl champions Tampa Bay Buccaneers and the Stanley Cup champion Tampa Bay Lightning. From Clearwater, it’s a short trip across the Courtney Campbell Causeway to the games.

Just north of Clearwater Beach is Caladesi Island State Park. It has unspoiled beaches, and you can rent kayaks to paddle through a network of mangrove tunnels on the island’s bay side. The park is only accessible by boat. There is a ferry service that operates out of Honeymoon Island State Park on the Dunedin causeway.

I have visited Caladesi many times, always by kayak. It’s a short paddle from the causeway, but on weekends, the channel can be crowded with boat traffic. Don’t dawdle in mid-channel — paddle fast to get away from the traffic. The Caladesi beach is beautiful but the kayak trip in the mangroves is what sets Caladesi apart. Don’t worry about getting lost in the mangroves. Just keep heading east and you will pop out into the bay.

If you enjoy heights and thrills, there are a half dozen parasailing operators on Clearwater Beach. Chut’em Up is the most popular and the only one with U.S. Coast Guard certification.

Parking on the beachside can be at a premium. Many people opt for parking in downtown Clearwater (where there are some free municipal parking lots) and taking the Clearwater Ferry out to the beach. The ferry operates by reservations only. There are trips to Pier 60, the Aquarium, and Dunedin. Check their website for up-to-date prices.

Given the beach environment and lifestyle, dining in Clearwater is pretty casual. Most of the top restaurants are found along Clearwater Beach. The resorts and hotels offer fine dining, but let’s focus on where the locals eat.

Frenchy’s Saltwater Cafe and Rockaway Grill are two of the most popular restaurants along the beach. Seafood and burgers are the house specialties.

On Sand Key there is the popular Columbia Restaurant, a branch of the original Ybor City chain, offering Spanish and Cuban cuisine.

Poke Havana offers an eclectic menu of Cuban and Hawaiian dishes on the beach.

Ryan’s Island Cafe offers breakfast and lunch. It is located on Clearwater Beach. Ryan, the owner, is a leukemia survivor who is still able to manage the restaurant and even cook in the kitchen.

Vietnamese cuisine can be found at Bibi’s House of Pho in downtown Clearwater. They open for lunch, then close mid-afternoon before reopening for dinner. It is closed on weekends.

Pizza joints can be found all along the beach and in town. One of the most popular is Christino’s, a family restaurant operated by three brothers. It’s located downtown.

There are plenty of hotel rooms along Clearwater Beach. Resort hotels include the Hyatt Regency, Opal Sands, Shephard’s Beach, and the Sandpearl. Wyndham, Marriott, and Hilton also have hotel properties along the beach.

If chain and luxury hotels are not your thing, check out several smaller, boutique offerings on Clearwater Beach. The Hotel Cabana offers rooms with kitchenettes and free parking and is within walking distance of many beachside restaurants and bars.

There is also the smallish Island Cay Hotel, which has kitchenettes and a laundry room. Call (727) 443-6954 for reservations.

For a historic stay, spend a night at the Bellview Inn in the neighboring community of Bellaire. The inn was part of the huge Bellview Biltmore Hotel property that was built in the 1890s. The original hotel is gone now, but the inn was salvaged and moved to a new location, where it was restored to its historic state.

Compared to other Florida Gulf Coast beach towns, Clearwater is a bit more upscale and expensive, but you get your money’s worth. Wide, groomed beaches, spectacular sunsets, and a centralized location for all that’s going on in Tampa Bay make Clearwater an inviting destination on Florida’s Gulf Coast. Don’t miss the sunsets. 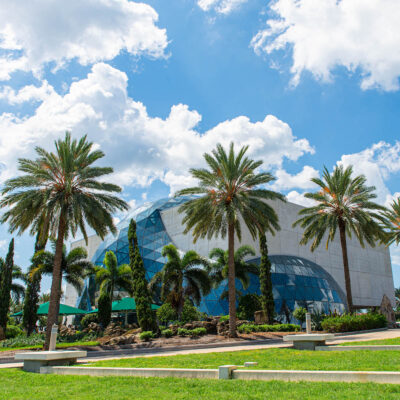 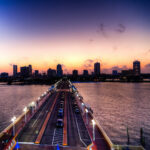 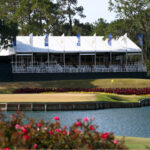 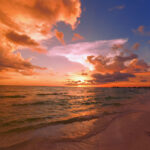