Thousands of years ago, flowing lava collided with a glacial dam to create what we know today as the Devils Postpile formation, a striking geologic formation at Mammoth Mountain in the heart of California’s Sierra Nevadas.

The Devils Postpile formation was deemed a national monument in 1911, more than 100 years ago, but its formation has lasted closer to 100,000 years. The monument is the product of basalt lava, a type of lava that is both hotter and faster. The lava jetted through Reds Meadow Valley until it hit a pile of glacial moraine left over from the most recent ice age. The lava filled the valley behind this dam, forming a lake almost 400 feet deep.

As the lava slowly cooled and solidified, it created uneven pressure that caused cracking throughout the structure. It then withstood thousands of years of other geologic events, such as erosion, earthquakes, and, most notably, glaciers. The monument experienced several unique glacial periods, each one revealing deeper formations of the solidified lava and exposing the iconic columnar basalt that makes up what we know as Devils Postpile today.

In addition to viewing this unique rock formation, visitors to the monument can also explore surrounding attractions. Rainbow Falls is a beautiful 100-foot waterfall named after the small rainbows that appear in the water’s mist. The waterfall is on one of a few surrounding trails, where moderately experienced hikers can take in the views of the mountainous landscape. More experienced hikers can set off on backcountry trips in the High Sierra. One of the best features of the monument’s 800 acres is the Middle Fork of the San Joaquin River, with river access throughout the park.

Traveling between all these sites is easy, via the monument’s mandatory shuttle bus. In an effort to reduce congestion and vehicle emissions, visitors, with very few exceptions, must use the shuttle buses to move around. There are 10 bus stops on the shuttle routes, including drop-offs at the trailheads for both Devils Postpile and Rainbow Falls.

Visitors can purchase tickets to ride the bus at the Mammoth Mountain Adventure Center or pay the bus driver directly.

Devils Postpile National Monument is open 24 hours a day, seven days a week throughout its operating season. The shuttle runs from June to September, and the monument itself is usually open from around June to October.

When planning a trip for June, September, or October, be careful of weather forecasts. If winter weather overstays or arrives earlier than expected, the monument may shut down. The summer months have the most reliably good weather, but they’re also when the monument is most crowded.

Getting to Devils Postpile requires planning, as it’s about a five-hour drive from Central California cities like Fresno, Merced, or Modesto. You’ll leave Highway 99 and head east on winding mountain roads to find your way there.

Visitors interested in great views and beautiful trails will love a trip to Devils Postpile. Its fiery, icy origins resulted in an incredible site, and taking in the surrounding nature is a must. 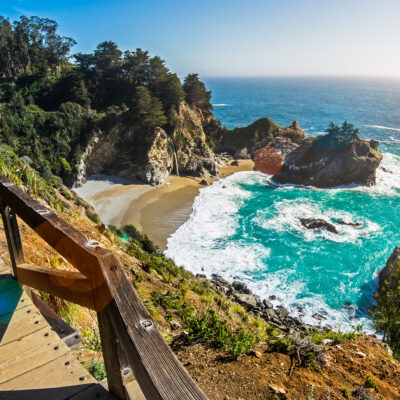 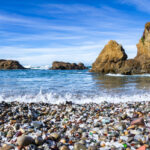 California14 Best Experiences In And Around Fort Bragg, California 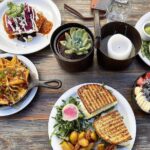 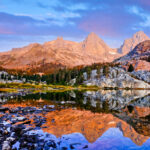