10 Most Stunning Places To Explore On Maui

The Hawaiian island of Maui is universally known as one of the most stunning spots on Earth, and it was publicized for decades as the world’s most popular tropical island.

Despite that, or perhaps because of it, I didn’t expect to fall in love with Maui. Knowing that Hawaii’s second-largest island regularly attracts nearly three million visitors a year, I’ll admit that I went into my recent trip fearing that Maui would be too crowded, too overexposed, and too developed.

But after I was swept off my feet by the lush beauty of Hawaii’s Valley Island, I have to say that travel surprises are possible, even in one of the most-hyped destinations on the planet.

I always anticipated having a fun time on my family trip to Maui, and I did. But I didn’t expect to be so moved by the deep, deep blues of the ocean, the stark splendor of Haleakala’s volcano summit, or the sweet scents of the hibiscus and orchid flowers growing wild alongside the roads.

For me, Maui was a surprise in the best possible way. Here are 10 of the island’s most stunning places to explore.

As I was planning my trip, I had heard plenty about the island’s eastern North Shore, better known as the Road to Hana. But I knew little about the North Shore on the western side of the island.

With a few hours to spare after arriving on an early morning flight to Maui’s Kahului Airport, I decided to see what was in store on the northwestern coast. It was an eye-opener. For views of the rugged Pacific coast in all its variegated blue glory, I believe there’s no better place to go than Maui’s western North Shore.

After the resort town of Kapalua on the Kahekili Highway, the vistas don’t stop. Don’t be surprised if you find yourself pulling over again and again at the numerous scenic overlooks. (Note that I made the trip counterclockwise, rather than the recommended clockwise route.)

One of the worthwhile stops is the Nakalele Point Blowhole. I recommend hiking down as far as you dare along the rough, steep trail toward the rocky shore where sea water periodically shoots up through the blowhole. But be warned that the hike and the blowhole are considered treacherous, and signs caution visitors not to get too close. If you can’t make the hike, rest assured that great views are also available from the top of the trailhead.

There are plenty of other places along Highway 340 where you can take in the ocean views as well, so the best strategy is to stop whenever the views pique your interest and a parking space is available.

Also keep in mind that the northwestern coast drive — like the Road to Hana on the other side of the island — is not easy. In fact, it is considered one of the scariest drives around. You will encounter many blind curves with signs asking drivers to honk their horns before proceeding, sheer sea-cliff dropoffs, and one-way roads.

Car rental companies are said to warn drivers against making the drive, although I didn’t get such a warning when I mentioned where I was heading to my rental agent. Considering the slow driving speeds and the many pull-off opportunities, the drive could take anywhere from 2 to 5 hours.

Another not-to-be-missed stop along the Kahekili Highway is Kahakuloa Head, a 646-foot-high peak of velvety green and rusty brown patchwork that juts out into the cobalt sea.

Along with being a flat-out gorgeous sight along the highway, the peak also comes with a fascinating bit of Maui history. Legend has it that Kahakuloa Head was one of the favorite cliff-diving spots of King Kahekili, a Maui leader of the 1700s. I recommend stopping at the view pullout and taking one of the trails that will get you closer to the peak. Expect to take at least a half hour to explore the area.

Sure, Wailea Beach is full of resorts, restaurants, and people, but it’s hard not to be charmed by the utter beauty of the area. Because really, who could argue with frothy white waves lapping against a string of five lovely crescent-shaped coves — all located steps away from your choice of fruity cocktails, succulent poke bowls, and tropical shave-ice flavors?

Luxury in an extravagantly lovely setting is the theme of Wailea Beach, and the area is definitely worth a visit — either by staying at one of the world-class resorts like the Four Seasons Maui or the Fairmont Kea Lani or by walking along the pretty Wailea Oceanfront Boardwalk Trail and stopping for a drink or shave ice.

As if the aboveground beauty of Maui weren’t enough, the island boasts a stunning underwater world as well. Among the best places to experience it is at Molokini Crater, a crescent-shaped island located just off the southwest coast of Maui.

The 18-acre island rises 160 feet above reef-filled waters and offers snorkelers and divers a chance to take in “a kaleidoscope of coral and more than 250 species of tropical fish,” according to the Hawaiian islands’ tourism website.

Chances are good that most visitors have heard of the Road to Hana. The 64-mile road along the island’s northeastern coast is known as the premier drive in the Hawaiian islands for good reason. Just the number of waterfalls you will pass makes the drive worth it. Then there are the flowering trees, the sweeping ocean views, and the numerous banana bread stands to entice you as well.

But with at least half a million people taking the steep, winding route every year, the drive is anything but easy. Expect dozens of stops for the many one-way bridges and ongoing construction, as well as slow speeds on the hundreds of curves. Here’s what to know before you go, as well as some of the pros and cons of driving the Road to Hana.

There are many worthwhile points to explore along the Road to Hana, and I recommend taking time for as many as you can. One especially enjoyable stop is the Garden of Eden, located at about the halfway mark.

Along with being a good place to take a break from the drive, the privately owned attraction offers 26 acres packed with colorful blossoms, bamboo forests, a flock of peacocks, and unique shops and cafes. It comes with an admission fee, but I think it’s worth it for the chance to take in the tropical setting at your leisure.

Once you arrive in the town of Hana, you will find a range of attractions, including restaurants, hotels, parks, and beaches. For a unique feature, head to the area’s black sand beach at Waianapanapa State Park.

Watching the sun rise over the volcanic summit at Haleakala National Park is a bucket-list-worthy activity, and hundreds of people flock up to the 10,023-foot-high mountain every day to take it in.

But even if you aren’t up for the early morning drive, or if you aren’t able to get the required permit, the Haleakala summit is an amazing spot throughout the day for exploring the eerily beautiful lava fields and taking in the expansive views of the far-off coastlines. For ideas on what to do at Haleakala from sunrise to sunset, check out this article.

Considered one of the most beautiful of Maui’s stunning beaches is Makena Beach, also known as Oneloa Beach and Big Beach. Protected by the surrounding 165 acres of Makena State Park, Big Beach is completely undeveloped.

Along with its sugary sand beach, the park also features a 360-foot-tall dormant volcanic cinder cone. Located south of Wailea on Maui’s southwest coast, Makena provides views of Molokini and Kahoolawe and is an ideal spot for bodysurfing and skimboarding.

For a look at another signature Maui landmark, head to the Iao Valley State Monument, where vibrantly green peaks rise from a valley floor. The park is home to one of Maui’s most recognizable landmarks — the 1,200-foot-high Iao Needle.

“This iconic green-mantled rock outcropping overlooks Iao stream and is an ideal attraction for easy hiking and sightseeing,” says the state’s tourism website.

Like many of Maui’s other natural wonders, the Iao Needle has historic significance as well. It was the site of the 1790 Battle of Kepaniwai, in which King Kamehameha I clashed with Maui’s army in his quest to unite the islands.

Pro Tip: Although renting a car is necessary to take in many of Maui’s most stunning sites, bus and van tours can be used for some of the excursions, such as the Road to Hana and the Haleakala sunrise. 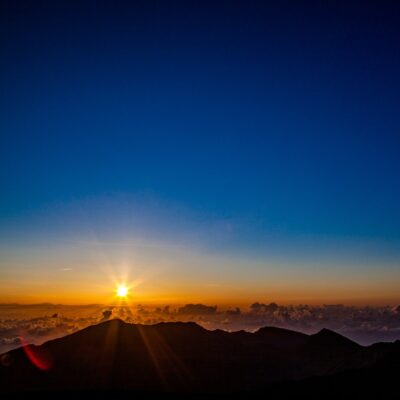 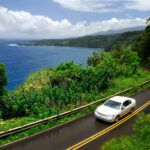 Maui10 Pros And Cons Of Taking The Road To Hana 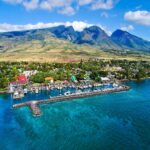 MauiHow To Spend A Day In Lahaina, Maui 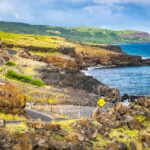 Maui8 Things To Know Before Driving Maui’s Road To Hana