The Best Things To Do Along Maui’s Luxurious Wailea Beach

Frothy white-tipped waves crest and fall onto a powdery sand beach, not far from a family of sea turtles frolicking amidst craggy black lava rocks.

When it comes to backdrops, you would be hard pressed to find a lovelier one than Maui’s Wailea Beach.

And it’s not just the view that will take your breath away on a visit to the lush beach community along Maui’s southwest coast.

Along with its feast for the eyes, Wailea will wow you with sweet scents wafting from flowering hibiscus trees, fruity and tart cocktails that are as tasty as they are pretty, ahi poke bowls that deliver a salty punch, and charming strains of ukulele music.

The resort community of Wailea is known for its five crescent-shaped coves, each one more beautiful than the last.

And there is little need to venture far, because Wailea’s luxurious resorts and restaurants are part of the tableau, taking full advantage of the setting.

So, if it is a scenic yet pampered beach experience you’re after, there are few better places on Earth to get it than Wailea.

Here are some of the best things to do on a vacation to Wailea Beach.

The Wailea Oceanfront Boardwalk Trail packs in a lot into its 1.8-mile route. Think endless views of the Pacific coastline, superb vantage points for watching the sunset, and plenty of spots to sink your toes in the sand or go for a swim in the rolling surf.

In fact, for a taste of Wailea in a nutshell, the mostly paved beach path can’t be beat.

Designed with public access in mind, the path attracts plenty of walkers and joggers out for a morning or evening stroll. Access is available at a number of beaches, including Polo Beach in the south and Keawakapu Beach in the north.

The path is also handy for guests of the world-class resorts and condos that line the beach area. Since the distance is fairly short, it’s easy to walk between resorts for brunch or dinner at a neighboring resort.

If you get thirsty while walking the route, there are countless places to stop for everything from a refreshing shave ice at the Four Seasons Beachwalk Café to a creative flower-festooned cocktail at the Fairmont Kea Lani AMA Bar & Grill.

Snorkel In The Coves

With numerous coves that foster a variety of sea life, Wailea Beach is known for its snorkeling, and most of the resorts along Maui’s coastal areas feature snorkeling as a guest service.

For an opportunity to swim with sea turtles, head to Polo Beach, where it’s not uncommon for snorkelers to come face to face with the large sea turtles that call the black-rock cove their home.

Or head 6 miles south down the coast to the renowned snorkeling area and coastal lava field of Ahihi-Kinau Natural Area Reserve. There, a lava rock and coral combination makes for a gorgeous underwater world.

Take In The Sunset

Wailea’s prime location on the southwest coast of Maui means that the sunsets are stellar virtually every night.

Regardless of whether the sky is clear or slightly cloudy, the sight of the sun dipping slowing into the ocean horizon is guaranteed to dazzle.

While everyone seems to have their own favorite location for viewing the sunset, one spot that stands out is The Restaurant at Hotel Wailea. With its location overlooking the beach, the restaurant’s lounge might just be the perfect spot for watching the changing colors of the sunset, visible between the hotel’s swaying palm trees.

With 14 golf courses, several of which regularly appear at or near the top of world’s-best lists, Maui is known globally for its golfing, and the Wailea Beach area definitely contributes to that reputation.

The Hawaiian Islands tourism website notes that Maui’s golf courses were designed by noted course architects and golfing luminaries such as Ben Crenshaw and Arnold Palmer.

“The PGA’s Tournament of Champions is held here each year, so you might even see a pro in the clubhouse,” the site adds.

From boogie boarders to wind surfers to kayakers to paddleboarders, visitors to Wailea Beach find countless fun ways to ride the waves.

Depending on the time of day and the location, the waves can range from tame to crashing. And that makes for a great opportunity to try a variety of water sports.

Most mornings, Maui’s calm, clear water is perfect for paddleboarding, and its coves and marine reserves are ideal for one of Hawaii’s oldest sports: outrigger canoeing.

Indeed, it is not unusual on the Wailea beaches to see paddleboarders and kayakers navigating the coves, and boogie boarders and surfers riding the waves toward the shore.

Wailea’s beaches feature numerous spots to rent equipment, including Maui Kayaks and Surf Shack. The individual resorts also offer equipment for their guests to use.

Hula At A Luau

Luaus are synonymous with Hawaii, and Wailea has a number of options. Perhaps the best known is The Grand Luau at Honuaula at the Grand Wailea Maui.

The evening is capped off with a traditional swing hula, a fire-knife dance, and Pele’s Voyage, which features colorfully costumed performers telling the story of Madame Pele traveling across the Pacific in search of a new home.

Whether you’re on a hunt for traditional Hawaiian artwork or for a designer handbag, Wailea will likely have what you’re looking for.

The Shops at Wailea is a sprawling high-end shopping center that offers everything from the Hawaiian-souvenir staple ABC Stores with its variety of aloha dresses and chocolate macadamia nut treats, to the tropical resort wear at Keliki, to well-known designers such as Gucci and Louis Vuitton.

For a more local experience, head to the Market at the Shops on the second or fourth Wednesday of the month for farm-fresh pineapples and locally made specialty foods.

The Wailea Beach resorts have Hawaiian-themed gift shops and occasional arts and crafts markets in their lobbies.

Much more than just luau fare, Maui’s cuisine is varied and flavorful. Topping the list at many eateries is poke — a traditional Hawaiian dish consisting of chunks of marinated raw fish, usually tuna or salmon, tossed with sesame, seaweed, and sea-salt flavorings, along with a variety of fresh and fermented vegetables.

Poke is available in many forms: in bowls, on crackers, and at supermarket poke bars.

For the perfect appetizer, check out the Hawaiian ahi poke cracker at Hotel Wailea. Or for a light lunch, stop by the Fairmont Kea Lani’s poolside restaurant for an ahi poke bowl with brown rice and edamame.

If you’re in the mood for a picnic, Maui’s supermarkets such as Foodland and Safeway feature extensive self-serve poke bars, with everything from ahi to shrimp to salmon.

Or for a more luxurious setting, the Four Seasons Resort Maui is known for its sumptuous restaurants such as Spago and Ferraro’s Bar e Ristorante, as well as its Lobby Lounge, which serves a variety of pupus (appetizers) such as sushi rolls, grapefruit prawn salads, and mango barbecue sliders — all with spectacular views of the hotel’s pools and fountains positioned near the ocean’s edge.

In addition to sampling various flavors of Hawaiian shave ice, tap into your creative-cocktail side on your visit to Maui.

From a classic mai tai served in a hollowed-out pineapple to a pomegranate-cucumber mojito decorated with a pink orchid to a hibiscus-flavored margarita served in a souvenir Patrón bottle, Wailea’s resorts go all out in the cocktail department.

And in Wailea, the drinks can be consumed in any number of delightful settings. Depending on the resort of your choice, it might be at a swim-up pool bar, an open-air lounge with sweeping ocean views, or beachside under a striped umbrella.

For a private drink on your resort lanai, try the Hawaiian-bottled Restaurant 604 Bloody Mary mix with some Maui-made organic vodka from Ocean Organic Vodka.

While cocktails are king at the resorts, breweries are also a Maui tradition. Maui Brewing Company in Kihei offers Hawaiian-inspired brews such as Bikini Blonde, Coconut Hiwa, and Pineapple Mana, while Kohola Brewery in Lahaina specializes in Red Sand Ale, The Water Man IPA, and Lahaina Haze Pale Ale.

Planning a trip to Maui? Don’t miss these eight hidden gems. And if you’re in the mood for some more off-the-beaten-path adventure, check out the island of Molokai, Maui’s underrated neighbor. 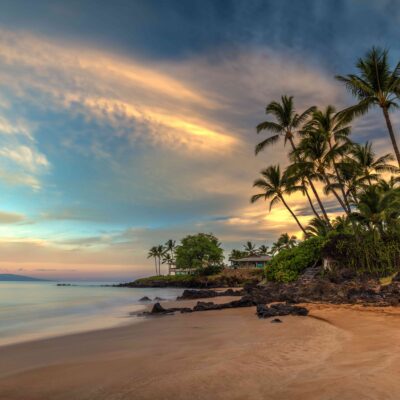 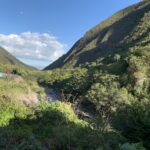 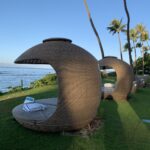 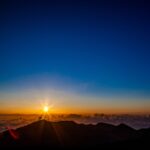