The Berlin Wall, thrown up overnight in 1961, brought the Cold War to the attention of the world. The Wall encircled West Berlin, blocking off the West from the East, and cruelly dividing families and friends. Many people died trying to get over the Wall to the freedom of the West, as life in the East was full of oppression and poverty.

The Berlin Wall stretched for about 100 miles in the shape of a circle around West Berlin. Most of the Wall literally fell to pieces in November 1989. In one day the Wall lost all its power, and freedom celebrations popped up all over the city.

You can find remnants of life during the Berlin Wall era and the Cold War all around central Berlin. Markers in the sidewalk show the lines of the Wall. Pieces of the Wall decorate train stations and random places in the city.

Here are some of the most intriguing Cold War sites to see today in Berlin. Cold War history can be dark, so read to the end to find one lighthearted leftover of East Berlin.

The Berlin Wall Memorial gives you the clearest view and understanding of the Berlin Wall. A section of Wall on Bernauer Strasse that’s almost a mile in length is still intact. The events that took place in these few neighborhood blocks, along with preserved historical artifacts and border obstacles, serve to bring the history of the Berlin Wall into focus for all who visit. This is a must-see site if you are interested in the Cold War and the Wall.

The Wall was actually two walls, with a section in between where guard towers sat, making it difficult to run across. The Wall builders did all they could to ensure no one from the East could easily get to the West.

At the Berlin Wall Memorial, the two walls stand with the no-man’s land in between. A guard tower survives. A twisted cross represents a church burned by the East Germans. Memorials line the Wall. At the Berlin section of the entire Wall, at least 90 people (and, according to the memorial’s website, over 140) were shot and killed by East German border guards between 1961 and 1989.

Tunnels dug for escape needed to go the entire long length of no-man’s land to reach the West from the East. You see markers in the grass showing the underground path of one famous tunnel. Called Tunnel 57 because that many people made it to safety, its story is dramatic. During the escape, an East German guard discovered the tunnel. But before he could give the alarm, a West German shot him from across no-man’s land. He was then shot by friendly fire and died. The East Germans hid this embarrassment for years. And all of the 57 escapees arrived safely into the West.

Around the corner, look for the metal portrayal of a motorcyclist. The first East German defector across the Wall is immortalized with this memorable sculpture. Young Hans Konrad Schumann, an East German border guard, jumped over the first version of the Wall, when it was just three-feet high rolls of barbed wire. He escaped just two days after the sealing of the border.

The Wall Documentation Center, located across the street from the Memorial, gives more information about the history of the Wall.

Pro Tip: Engage a guide or follow an audio guide from the website. Your visit will be enriched with stories and historical facts. I was glad I had decided to book a guide because he answered my questions as we went.

The iconic Brandenburg Gate graces the middle of Berlin, standing since 1791 and surviving through World War II and the Cold War. From 1961 to 1989, this gate symbolized divided Germany. The two-part Berlin Wall bordered the front and back of the Brandenburg Gate, placing the gate in no-man’s land and shutting off access. For years, people could not pass through the gate.

Pro Tip: The street passing through the gate is now closed to traffic. So, you can walk in front of and through the gate safely and admire this neoclassical treasure at whatever pace you like.

The Reichstag, completed in 1894, housed the government for decades. Shortly after Hitler became Chancellor in 1933, a fire destroyed part of the building, making it unusable. Hitler blamed others for the fire and closed the building. This tragedy entitled him to grab more power for himself. Perhaps he engineered the fire. No one knows.

The war in Europe ended militarily when the Russians overran the Reichstag on May 2, 1945. From that time forward, the Reichstag served as a symbol of divided Berlin. The Berlin Wall ran directly behind the Reichstag, putting it on the border, just inside the West.

It wasn’t until after the fall of the Wall and the Communists left the city that the new, unified German government moved into the Reichstag. The interior of the building was modernized. The glass dome added on top allows visitors to look down into the room where parliament meets. After all the secrecy and discord of the Cold War, this is thought to show that the German government is now transparent in its efforts to run the reunified country.

Even though the Reichstag lay dormant during the Cold War, its position along the Wall and the glass dome make it a worthwhile Cold War site. If you tour the interior (which is now beautiful), look outside the library down onto the Spree River. Notice the white crosses on the bank. These are memorials to those who jumped into the river, tried to swim to freedom, and were shot. The river’s edge was not the “line” of the wall, as the victims thought. The official line ran through the river. They were so close, just a few feet from the West, but they perished.

Pro Tip: Contact the Reichstag before your visit to secure tickets for a tour. Be sure to go up into the dome during your tour to take in a fabulous view of the city.

Just outside the Reichstag, a bronze plaque marks the spot where U.S. President Ronald Reagan stood and gave a speech in 1987. At that time, with the Berlin Wall sections both in front of and behind the Brandenburg Gate, Reagan implored the Russians to take down the wall. He said:

Almost two years passed before the Wall came down and people once again passed through the Brandenburg Gate. Even though Reagan’s speech had no immediate effect, his words inspired people to hope for freedom. And so, in 2012, Berliners dedicated this memorial.

The Berlin Wall border crossings placed by the Allies were named after letters of the phonetic alphabet. The “C” gate became known as Checkpoint Charlie. As it’s in the middle of the city, it is also the most well-known of the crossings. East Berliners attempted to escape to the West at this point. It’s been featured in movies such as The Spy Who Came in from the Cold and Bridge of Spies. And you can visit it today.

Checkpoint Charlie is on the corner of Friedrichstrasse and Zimmerstrasse. The booth, flag, and sandbags are an authentic recreation on the same site as the original. Guards man the booth and pose for photos.

Pro Tip: I was put off by reports that this is a touristy place. But I went anyway. On my visit, the guard was eating a hamburger, which broke the historic mood. So, yes, it’s touristy, but it’s still a must-see if you are interested in the Cold War.

The mission of this documentation center, opened in 2010, is to inform visitors about the Nazi reign of terror. While the Topography of Terror focuses on World War II, you can see a long segment of the Berlin Wall here. About 650 feet of Wall is preserved. It shows the damage of the fall of the Wall, but it stands protected for all to see. The terrible cost in human lives is memorialized so we never forget.

Museum Island, a cluster of five museums on the Spree River in Central Berlin, is a UNESCO World Heritage site. Tucked in among world-famous large museums, the DDR Museum is small but kitschy. With many interactive exhibits, the DDR Museum invites you to explore everyday life in East Berlin during the Cold War.

The museum features three themed areas: Public Life, State and Ideology, and Life in a Tower Block. Within these are 47 topic areas.

What will you discover? A few of my favorites are the life-sized German living room with typical fitted wall furniture. Bathrooms and bedrooms feature spartan styles and 1970s oranges and browns. One of the oddest exhibits is a nursery school “bathroom” that is a row of holes in a long plank. Apparently, children would go potty in groups on command. You can also sit in a jail cell and have someone close the door for a “feel” of being imprisoned. It’s as if the displays call for you to marvel and be aghast at the same time.

The Trabant car display features a real car you can sit in for a photo op. This was the only car manufactured in East Berlin for 28 years.

A new exhibit showcases the last year of the DDR. From the time the Berlin Wall fell in November 1989 to the unification of Germany in October 1990, the DDR was in a state of flux. The museum states, “Some saw the end of the DDR as the failure of a utopia and saw their previous life’s achievements questioned. For others, it was the start to new horizons.”

The DDR Museum provides an excellent study of the “utopia” versus the freedom from oppression delivered by its end.

Located on the grounds of the headquarters of the German Democratic Republic Ministry, the Stasi Museum allows you to look into the operations of the State Security. Everyday life for those in East Berlin was affected by the severe activities of the Stasi. The center of power over people lies here. Those who refused to conform and comply with the government often suffered.

The Stasi disbanded with the fall of the Berlin Wall. Personnel fled as the building was overrun. It’s telling — and hard to believe — that about 100 miles of documents were left behind. These files, dossiers, and audio tapes contain information on about six million people. Some of these are still in the building, and some are now housed offsite.

Today, the Stasi headquarters is a museum and a memorial. Exhibits include items such as surveillance devices, prisoner transport vans, and infra-red lights for night photography. A permanent exhibition called “State Security in the SED Dictatorship” shows the Stasi’s repressive and far-reaching operations.

Little Traffic Light Man is a fun remnant of Cold War Berlin. East Berlin traffic lights featured the Ampelmann red and green men. When the Cold War ended, Traffic Man lived on and was embraced by those in former West Berlin, too. You’ll find Traffic Man at many lights in central Berlin. At the official Ampelmann store, you can pick up clothing, travel bags, candy, and other souvenirs decorated with Traffic Man. A small museum features retired traffic lights and other memorabilia from East Berlin.

Berlin shines as a modern city, but the past is apparent, too, on every street in the city’s center. Talk with locals, go on walking tours, trace the path of some of the Berlin Wall, and delve into a world seen as everything from utopia to oppression. The Cold War is endlessly fascinating, especially when you have seen it from the perspective of what happened in Berlin. Want more? Don’t miss these nine must-visit World War II sites in Berlin. 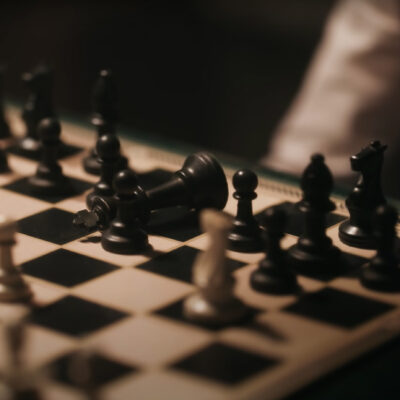 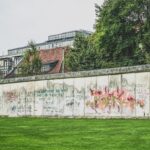 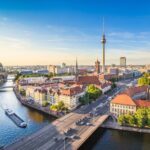 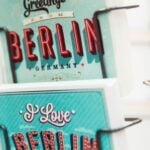