Tracing World War II history in Berlin can be a challenge. During the conflict, the city was extensively bombed, and by the time it was over, much of Berlin lay in rubble, including the Reichstag, the seat of the German government. Some places in Berlin that survived were later demolished, as the Soviets who occupied the city worked to erase or destroy anything connected with Germany and the war. However, several World War II sites survived and are now open to visitors.

These nine sites in Berlin carry the ghosts of World War II. They include memorials to those who suffered, restorations of Berlin treasures, and even bullet marks in a sculpture, but they all give a sense of the immense struggle that centered here in the dark days of the war.

Most of these highlights lie in central Berlin. You can see many of them in a day or two, either by walking or by hopping on a bus. Others are located just a short distance outside the city.

The Reichstag in Berlin was once a symbol of power. Completed in 1894, it housed the government for several decades. In 1933, a famous fire destroyed part of the building shortly after Hitler became chancellor. He blamed others for the fire and closed the building, using the situation to take more power for himself. Perhaps he actually engineered the fire? No one knows.

Russian troops rushed into the Reichstag in April of 1945, determined to topple this last bastion of Nazi rule. A fierce battle ensued before the Russians captured the Reichstag. Severely damaged, the building lay abandoned until 1989, when the Berlin Wall fell. When the Communists left the city, the new, unified German government moved into the Reichstag. The interior of the building is modern, with the notable addition of the iconic glass dome over the original building.

On your tour, note the wall written on by Russian soldiers at the end of World War II. The Germans decided to leave this wall exposed during the repairs as a reminder of the building’s history.

Free tours of the building are given daily. An audio guide is included. Register online for your tour before you arrive in Berlin. Bring your original ID (not a copy). This is the seat of the German government, and security is taken seriously.

2. Memorial To The Murdered Jews Of Europe

Berlin’s Holocaust Memorial is made of plain cement blocks, or stelae, laid out in neat rows on undulating ground. You’ll find no writing, no names, and no explanations. The stelae are different heights and lengths. It’s surprising, but even the site’s official name, the Memorial to the Murdered Jews of Europe, is somewhat vague. Certainly, the Holocaust of World War II is memorialized here, but earlier pogroms are as well.

To help connect the memorial with its purpose, be sure to take a tour of the almost-hidden underground Information Center. It’s at the far end of the memorial, away from the street side where you enter. This small museum tells the stories of individual people affected by the genocide. At the entrance, six large portraits of lost Jews hang, larger than life. These represent the six million Jews murdered in the World War II era. This theme of individuals affected by the war continues throughout the museum.

One room is dedicated to families, with photos and words that speak for themselves. You’ll see notes hastily scribbled and thrown from trains. In the Room of Names, individual names line the walls, and you’ll hear a voice reading about each person and telling their story.

The Topography of Terror is a Berlin documentation center that opened in 2010 to inform all who visit about the Nazi reign of terror. A visit to the Topography of Terror takes you to the very place where the war originated and where countless people suffered. It’s an outdoor and indoor exhibit built along the exposed walls of what was once the headquarters of the Secret State Police, the SS, and the Reich Main Security Office. Work your way along the chronological displays outside. This excellent overview of the Nazi years is built along the original cellar walls.

Inside the documentation center, you’ll see displays memorializing the victims of terror, commemorating those who worked to end the terror, and explaining the events that transpired in Berlin from 1933 to 1945 and afterward. The center shows how Berlin went from one oppressive regime to another; the Berlin Wall cut through this same place just a few years later, bringing a different kind of suffering to Berliners.

The documentation center is open daily and is free of charge. Tours lasting one hour are also free and cover different topics.

In the final days of the war in Europe, Adolf Hitler, his mistress Eva Braun, and members of the Nazi inner circle retreated to an underground bunker in Berlin. The former air-raid shelter served as their final headquarters. On April 29, 1945, Hitler married Braun, and a day later, they committed suicide.

When the Russians took over this sector of Berlin after the war, they attempted to blow up the bunker but failed. After the Berlin Wall went up nearby, no further demolition attempts were made. Later construction excavated some of the bunker. A parking lot covers the area today.

It’s amazing that this historical site featured no plaque until 2006. The bunker remains closed to the public, but you can visit and see how close to the Reichstag and other Berlin landmarks it is. A lawn borders the parking lot, so you can safely stay as long as you’d like.

Before I went to Berlin, I figured I would skip standing in this parking lot, since nothing of the bunker is visible. But when I went, I found that just standing on the site and reading the plaque was an interesting experience. It’ll only take 10 minutes or so to take in this piece of Berlin history.

The impressive Berlin Cathedral, with its magnificent dome, sits among the stately museums on Museum Island, with the Spree River flowing nearby. The baroque-style cathedral is the largest Protestant church in the area and dates to 1905. Kaiser Wilhelm II wanted to build a cathedral to rival Saint Peter’s Basilica in Rome and Saint Paul’s Cathedral in London.

After suffering bomb damage in World War II, the Berlin Cathedral sat in disrepair for decades. The restoration was finally completed in 1993. Be sure to climb the 267 steps up to the dome for a magnificent panoramic view of Berlin.

Berlin has no major museum dedicated to World War II, but a section of the large German Historical Museum covers the subject. On the ground floor, you’ll find an exhibit titled The Nazi Regime and Second World War. Videos as well as objects and documents cover what transpired in Germany from 1933 to 1945. While not large, the exhibit will be fascinating for anyone interested in World War II.

An hour will likely be more than enough time to tour the exhibit. The museum is adjacent to the Berlin Cathedral, so you can plan to visit both of these in about 3 hours.

The Tiergarten in central Berlin, an oasis of greenery and ponds in the midst of glass and chrome, provides 500 acres of park. During World War II, bombs damaged the Tiergarten. Then, with so much of Berlin suffering after the war, people cut down the trees in their desperation for firewood. Most of the green growth in the Tiergarten today dates only from the 1950s.

World War II shows up in the Tiergarten in the form of a massive Soviet war memorial. This commemorates the Russian soldiers who died liberating Berlin from the Nazis. The marble used to build it came from Hitler’s Chancellery. Two T-34 tanks are on display, and a statue of a Soviet soldier rises into the air, standing guard over the memorial.

Also look for the impressive sculpture honoring composers Beethoven, Haydn, and Mozart. When you get close, you can observe the bullet holes from the battles of World War II still in the marble. The memorial was taken down in 2000, restored, and reinstalled in its place of honor among the tall trees.

With its World War II sites and Berlin Wall markers, Berlin is an intense city. After a day of touring, amble through the Tiergarten, clear your mind, and relax a while by the peaceful pond.

8. House Of The Wannsee Conference

History buffs may want to include a day trip to the town of Wannsee, just a 30-minute train ride from central Berlin. The mansion where the Wannsee Conference took place in 1942 is open to visitors. This is where German leaders, called together by Reinhard Heydrich, met to decide how to implement the Final Solution.

The House of the Wannsee Conference became an official museum and education center on the 50th anniversary of the conference in 1992. Exhibits inside the house reveal what happened at the fateful conference. Documents, propaganda posters, and leaflets are on display. You can also peruse archival materials from Eastern Europe that became available in the 1990s after the fall of the Berlin Wall.

About 20 miles by train outside Berlin, the Sachsenhausen Memorial and Museum was once the site of a large concentration camp. Opened before the beginning of the war, the camp held a total of more than 200,000 prisoners by the time it was liberated and closed in 1945. Knowing that the Soviets were on their way in the spring of 1945, the German SS special units tried to evacuate the camp, forcing inmates to participate in death marches. Only the sick were left behind to greet their liberators.

Today, the camp is a memorial to those who suffered and lost their lives here. The barracks have been reconstructed so that visitors can get an idea of what life was like during the war. The tour includes the voices of 20 prisoners talking about work, violence, and living with their memories. It’s a sober place, but those who run the museum and memorial make it a place of remembrance to honor those lost.

I highly recommend the organized tour of Sachsenhausen. Make the most of your visit by learning the background of the camp and hearing the stories of the prisoners as you go. The official on-site tour is about 3 hours long.

Berlin is a complex city with layers of history on display. Modern architecture and quirky culture are easy to find. Signs of World War II are all around, too, ready to be discovered and explored.

For more to see and do in Berlin, visit this page. 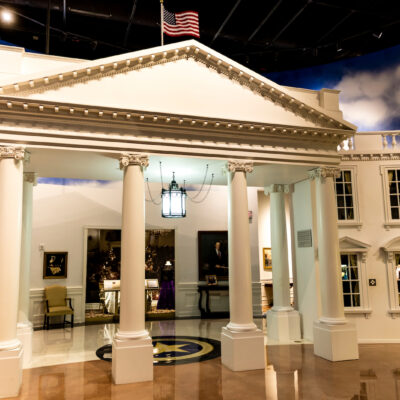 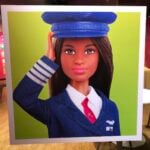