How To Spend A Perfect Day In Delft, Netherlands

Delft, in the Netherlands, is a speck of a town located in between two major cities, the commercial port of Rotterdam and The Hague, the capital of South Holland. While staying in Rotterdam, Delft was a quick 12-minute ride from Rotterdam Centraal train station.

A pint-sized version of Amsterdam, Delft has canals circulating the city, bikes instead of cars, and streets lined with handsome, three-story brick buildings from the 16th and 17th centuries.

Culturally, Delft was an important center for artists in the late 17th century and where the historic Dutch Golden Age of painting unfolded. Johannes Vermeer was the most recognized painter of the group, which also included Pieter de Hoogh, Frans Hals, Jan van Goyen, and Willem Kalf. They invented a new type of painting named genre painting, which depicted scenes of workers in everyday life and women tending to their children and daily chores.

Another significant thing Delft is known for is its production and manufacturing of Delftware pottery, a form of glazed earthenware, much like porcelain, that was invented in the 1500s.

The premiere venue for viewing the finest of the Dutch Golden Age of painting is the Prinsenhof Museum. A former monastery built in the Middle Ages, it was the site of the assassination of Prince William of Orange, better known as William the Silent, in 1584. The bullet holes from the assassination are still visible on the main stairway.

The Prinsenhof is a municipal museum and its permanent collection features textiles, ceramics, and silverware. A major part of the museum is a comprehensive overview and history of the origins of Delftware, which was initially an attempt to recreate Chinese porcelain, but eventually earned a reputation of its own.

On The Trail Of Vermeer

Johannes Vermeer, the Dutch master who painted the iconic Girl With a Pearl Earring, was born and lived in Delft. The city has designated a five-stop mini walking tour, during which you can discover all there is to know about the artist.

Vermeer Centrum is the only place in the world where you can view faithful reproductions of all of Vermeer’s paintings under one roof. The museum also incorporates the full personal and family history of the painter. The building has historic significance, as it was the site of St. Lucas Gilde, a craft guild to which Vermeer and his father belonged.

The Old Church in Delft has the original tombstone of Vermeer, who died in 1675 and was buried in the family plot along with his three children who died at an early age.

A 10-minute walk from the Center of Delft, Hookaide Harbor is the location where Vermeer painted his most famous cityscape. You can contemplate the view while enjoying a drink at the cafe.

If you want to fully indulge in the Vermeer experience, the Hotel Johannes Vermeer has a brasserie that offers a Vermeer-inspired menu.

The Old Church And The New Church

Two churches reveal the history of Delft. The Old Church started as a simple wood structure in 1050, and in 1246, a 75-meter high gothic style building was built with a tower.

Based on legend from the mid-1300s, where a beggar and a man who gave him something to eat share a vision of a golden church assigned to Mary, the New Church was constructed. Its history relates more to the royal Orange family, whose tombs are encased in the church. You can climb up to the 85-foot tower to get a bird’s-eye view of Delft and parts of Rotterdam.

A trip to Delft would not be complete without visiting the Royal Delftware Museum and Factory, a pleasant 15-minute walk from the old quarter of the city on a flat, scenic pathway with canals.

Delftware, the unique blue and white ceramic porcelain, was invented in Delft in the 1500s, and Royal Delftware Factory is the last remaining factory — out of the original 17 that existed in the 1600s — where the pottery is produced by hand.

The museum relates the history of the rise and fall of the once thriving industry in the 1700s, which eventually was curtailed by other factories in Europe who used the same technique. By the 1900s, there were only a handful of factories still making Delftware by hand as mass market production in other countries brought down prices.

The remaining part of the museum displays a vast collection of elaborately decorated vases, plates, and tableware from the different centuries. One room features modern day sculptures by contemporary artists and ceramicists who mix the classic patterns with present-day materials. A wonderful surprise is the replica of The Night Watch painting by Rembrandt done in Delft tile.

In the factory part of the complex, you can witness the step-by-step process of the porcelain being made. A series of glass booths have artisans painting various objects by hand before they’re given the final glaze.

The shop has an extensive collection of traditional Delftware along with contemporary pieces, whereby Royal Delftware invites designers to create new product lines. Categories include dining pieces, home accessories, and jewelry. During the holidays, there’s a gallery dedicated to specially made Christmas gifts and ornaments.

Rows of mouth-watering rounds of Gouda cheese line the windows of the Henri Willing cheese shop, located on the Grote Markt square. Inside the shop, the cow, sheep, and goat milk cheeses are wrapped in various colors, designating the almost overwhelming array of familiar and “exotic” flavors, which include truffle, red chili pepper, coconut, pesto, Italian herb, and honey. The delightful staff dressed in traditional, Dutch folk costumes are friendly and happy to dispense advice.

Dutch chocolate is known as some of the finest in Europe, and Van der Burgh Chocolaad proves this with its handmade products. You can actually see the chocolate being made in the shop’s open kitchen. The chocolate bars, which have high percentages of cacao, are beautifully wrapped in paisley print paper with satin bows, and a chocolate bar wrapped with an image of Girl with a Pearl Earring makes a fun gift. Van der Burgh also makes fudge, a rarity outside the United States, and packages it in mustard color and aqua blue tins. There’s a selection of vegan chocolate bars available, too.

For a small city, Delft surprisingly has an extensive range of contemporary and ethnic restaurants including Italian, Thai, French, and Indian establishments. There’s even an Argentine steak house.

If you have time to indulge in either a long lunch or dinner, you will be justly rewarded with up-to-the-moment cuisine and the relaxed but elegant ambience at Het Vermeertje. Chef Ewart de Koning and his wife Cynthia go out of their way to make sure their guests feel right at home, and Ewart will cook a special meal just for you. If you are adventurous, go for their surprise tasting menu of either three, four, or five courses, or enjoy the a la carte specialties such as Guinea fowl with smoked bacon and polenta; vegetarian beet Wellington with blue cheese, celeriac, and portobello mushrooms; or schnitzel with a fried egg. Het Vermeertje also has a congenial bar and serves some of the best cocktails in Delft, including a watermelon margarita and Long Island green tea with mango.

For a more casual, cafe-style joint, Keft offers prime-grade coffee, a full breakfast menu with pancakes, eggs, waffles, and granola, plus all-organic lunch dishes in a fun, lively atmosphere. Local crafts and gifts for sale are interspersed throughout the cafe.

Top-notch seafood is the star at Crabbetje Brasserie, where specialties include fresh oysters, scallops, cod, lobster thermidor, and Dover sole.

Even though Delft is a tourist destination, there are many individual boutiques with original merchandise and local crafts.

It could be overwhelming to buy Delftware, with dozens of shops in the tourist areas claiming that their merchandise is authentic, so a smart choice would be to shop at Antiques from Delft. Set on the main market square, owner Laurens Puntman has been in business for over 30 years and is happy to share his extensive knowledge and experience with customers. He will advise you on your purchases and will also tell you how to spot fakes and differentiate them from real pieces. His collection ranges from 17th century pieces, worth four to five figures in value, to a box filled with tiles for 15 and 20 euros. 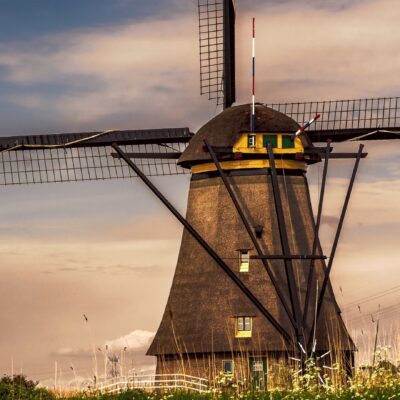 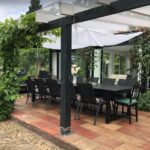 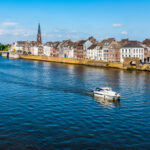 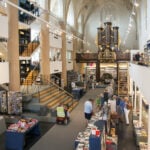