Heather Markel
What Are Your 2023 Travel Plans?

In January of 2018, after freeing myself from all work obligations, I took off to Costa Rica, planning on a three-to-six-month life and career break. The things I love most have always been overseas travel and meeting people from different cultures. After six months doing both full time, I was hooked. I gave up my expensive New York apartment and am now in my third year of circling the globe. I’ve enjoyed traveling at my own pace — darting in and out of some places, and staying as long as four months in others.

Over the past two years I’ve been to six of the seven continents. I’ve worried about getting malaria in some places, and about being mugged, kidnapped, or murdered in others. But I continued to travel, and I’ve loved every minute of it.

I’ve faced so many fears that when I heard about the coronavirus in China, it seemed far away. Its potential to spread didn’t make me feel that I should stop traveling. I headed to New Zealand, and when I learned that flights from China had been suspended, I was relieved and felt safe.

Since I arrived here in mid-February, things have changed from week to week — and sometimes from day to day. Friends in New York have sent me photos of empty streets and supermarket shelves. Here in New Zealand, however, there’s plenty of toilet paper, and it’s still business as usual — for now. Every day I eat at a local cafe, and I wonder whether it will be the last day I can dine in the presence of other people. I also feel concerned that mandatory isolation has not yet been put in place.

When I arrived in Christchurch, the largest city on New Zealand’s South Island, I found that there were almost no accommodations available. My shuttle driver told me that they had expected the decline in Chinese tourists to decimate New Zealand’s economy. Surprisingly, this didn’t happen because so many people came from other parts of the world. I was lucky to meet a lovely woman on my first night in Christchurch who took me in for almost a week. These kinds of offers would now be unlikely and even unsafe.

I phoned my health insurance company to ask if I would be covered if I contracted COVID-19. They told me they’d only cover me if I got sick in my home country (I’m from the United States) and that if I flew to an impacted country, I wouldn’t be covered. While scrambling to figure out what to do about this, the pandemic caused my carrier to amend their policy, and now, thankfully, I’ll be covered anywhere.

My first two weeks traveling around the South Island were wonderful. However, I noticed myself becoming anxious around people from impacted countries. I hated thinking that I should distance myself — it felt racist and ridiculous. As I continued to travel, the virus went from a problem in China to a global pandemic. There’s so much speculation, and the news is, in my opinion, causing more fear and anxiety than is helpful.

I was delighted with the prime minister of New Zealand’s response. She required 14-day isolation for all people entering the country back when New Zealand only had six cases. She made an announcement specifying that the borders would be closed to people, not products, so there would be enough food for everyone. That’s why the supermarkets here are still well stocked.

With all of the uncertainty, I decided to take a bus up north to an area that seemed less touristy. I hoped I’d be around fewer people and be better able to practice semi-isolation. I rode 8 hours up from Rotorua, changing buses in Auckland.

On the second bus, the woman behind me started a conversation. I learned that she and her daughters were from Canada and had arrived two days prior. They felt lucky to have made it in before they would have had to self-quarantine for 14 days. I wanted to run and hide, but there was nowhere to go. Risking her own health was her prerogative, but coming off a plane and immediately jumping onto public transportation seemed thoughtless, given the circumstances. I’m doing my best to keep a healthy distance from everyone for the next two weeks, since I don’t know if she put me at risk.

On that same bus, I met a guy from Britain. We spoke at length about the circumstances and ended up riding to the same stop. We exchanged numbers and went in for a handshake — then thought better of it and bumped elbows instead. It felt strange to hold back on natural human contact.

I found a lovely Airbnb for a week — a room at a woman’s home. She picked me up at the bus station, and, after showing me around, informed me that her family might be coming over from Australia in a few days to self-isolate. She asked if I minded. I had no idea how to respond. It’s her house, and her family is most important, so how could I say that I’d mind? I thought.

But, truth be told, even though I have my own separate entrance and bathroom, I was worried that we’d touch the same door handle, that we’d be washing all the dishes in the same sink, and that there’d be no real way for us to stay separate enough. These are the thoughts I hate the most. If you let them, they can cause stress, fear, and anxiety.

Her family ended up canceling their trip.

My parents are both older, and if I were home, I’d be terrified to visit either one of them for fear of picking up the virus outside and infecting them. But I worry about them every day as much as they worry about me.

The impact on small businesses is something I didn’t expect. Last year, I took a few tours with a company in South Africa. I put a deposit down in February for a gorilla trek in Uganda later this year. I just canceled my reservation, expecting a 100 percent refund. Instead, they told me that they will be keeping my deposit for use on another trip. As a fellow small business owner, I felt their pain. Since I have a nice relationship with them, and it’s clear that I’m entitled to the refund, but they’re trying to cover their losses, I suggested a gesture of goodwill on both our parts. I asked them to refund me 50 percent now, and, hopefully, they could give me the rest in the future, or I could take another tour with them. They appreciated my understanding and did issue me the 50 percent refund.

Just two weeks ago, I was making plans to visit one of my best friends in Australia, contemplating whether to stop at an island like Vanuatu on the way. But when the prime minister announced that New Zealand would close its borders, I was faced with a choice: risk my health by jumping on a plane back to New York, or avoid the health risk but be stuck — indefinitely — in New Zealand.

I decided to stay in New Zealand. I’ve got two months left on my tourist visa and hope, by then, that things will clear up and flights will begin again. If not, I’ll have to apply for an extended visa. I miss the ability to travel where I want, when I want. All I can do is make decisions with the information I have today — and keep doing that every day.

My Airbnb host has graciously offered to let me extend my stay with her so that I don’t end up completely alone. I’ve even made a few friends nearby. It’s nice to know that I’m not really alone, and I’m wishing everyone good health. 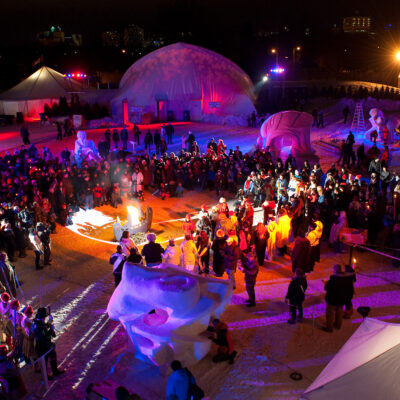