Situated in the verdant slopes of Middle Tennessee is the state’s best-kept secret, the city of Franklin. While more than 15 million tourists flock to nearby Nashville each year, travel veterans should head to its upscale neighbor instead. Franklin is a lesser-known but very enchanting Southern destination, complete with Civil War sites, elevated food and beverage offerings, unique local businesses, artsy hamlets, and so much more.

After a week spent getting to know the region on a hosted press trip, I’m ready to share why Franklin is an amazing destination that deserves more attention from travelers.

Franklin is located just south of Nashville proper in the middle of Tennessee’s wealthiest area, Williamson County. It’s just a 30-minute drive from the Nashville International Airport, which offers nonstop flights from all over the country, so Franklin makes a great place for a quick weekend getaway.

Franklin is also within driving distance of several major cities. Atlanta is just 4 hours away by car. Louisville, Kentucky, home of the Kentucky Derby, is even closer, just 3 hours away. Saint Louis is less than 5 hours away, while the West Tennessee gem of Memphis is about 3.5 hours away.

2. The Wineries, Breweries, And Distilleries Are Fantastic

One of my favorite parts about this area of Tennessee is the innovation happening in the beverage scene. The Masters & Makers Trail, which winds 70 miles through the scenic hills of Middle Tennessee, includes four unique stops that will appeal to a variety of palates.

There’s Arrington Vineyards, a gorgeous 100-acre property set on a hillside. About 15 of those acres consist of vines, and there are a ton of great wines to choose from. The most interesting are the Antebellum wines, both red and white, that are aged in Tennessee whiskey barrels for a complex smokiness. Country music fans should be sure to check out the main bar, where the trophies and accolades of cofounder Kix Brooks (of Brooks & Dunn) are displayed.

Another great spot is Leiper’s Fork Distillery, which is located in a cute, unincorporated village near Franklin. It boasts some delicious small-batch whiskey offerings, so you won’t want to miss this stop on the trail. Multiple tours are offered each day.

Pro Tip: Ask for Pops if you decide to take the tour; he is a truly charming guide and ends every tour with a traditional Irish blessing.

For those who prefer options besides Tennessee whiskey, check out Thompson’s Station’s H Clark Distillery. It offers one of the best gins I’ve ever tasted: the Tennessee Dry Gin, a perfect blend of English and American gin. H Clark Distillery also offers traditional options like rye, whiskey, and bourbon.

Both Leiper’s Fork and H Clark are part of the Tennessee Whiskey Trail, which includes 27 stops across the state.

The final stop on the Masters & Makers Trail is Mill Creek Brewing Company in the eastern Williamson County enclave of Nolensville. With its approachable tagline of “Less Fuss. More Beer,” this brewery is a welcome addition to the area’s offerings. Its bestselling beer is the wheat- and citrus-forward Lil Darlin, but be sure to try some of its fun seasonal samples, too.

For more information about these boozy spots, check out my full guide to Franklin’s drinking scene.

More and more people have started traveling with their pups in tow. Luckily for us all, Franklin is one of the most pet-friendly cities in the nation. It even served as the pilot location for the Better Cities for Pets program, which means it’s been certified as a destination that prioritizes programs and policies to make life better for pets and their people.

Nearly every shop in downtown Franklin offers a water bowl outside and welcomes pups indoors with open arms. There’s also a huge dog park (more than 4 acres!) at the nearby Harlinsdale Farm. Numerous local rentals and hotels are pet-friendly, which makes Franklin an ideal vacation spot for you and your furry friend.

Another interesting layer of Franklin is the city’s rich Civil War history.

Williamson County played a major role in the last years of the War Between the States. The decisive Battle of Franklin, which took place in 1864 and was called the “five bloodiest hours of the Civil War,” was a last-ditch effort by the Confederacy to change the course of the war and reclaim Nashville, the first Southern capital overtaken by the Union. However, the battle resulted in heavy Confederate casualties and is widely considered one of the final blows to the South. To put it in perspective, more Confederate generals were mortally wounded at the Battle of Franklin than at the better-known and larger-scale Battle of Gettysburg.

Those interested in learning more should check out the area’s three Civil War sites: the Lotz House, Carnton, and the Carter House. If you only have time for one, I suggest Carnton, which was a moving and informative for me during my recent visit.

5. The Food Scene Is Unreal

Nashville is a celebrated foodie city in its own right, but that creativity and deliciousness can also be found in nearby Franklin. I sampled some especially noteworthy bites in the area.

Gray’s on Main is a cool renovated space that used to house a pharmacy. Besides some excellent cocktails, this spot has legendary shrimp and grits and fried chicken. It offers a wonderful selection of elevated yet classic Southern comfort foods.

Another winner is the original Martin’s Bar-B-Que Joint in nearby Nolensville. Try the Redneck Tacos for a wonderful local dish, and be sure to pair them with the fantastic mac and cheese side option.

A posher choice, perfect for a special occasion, is downtown Franklin’s Cork and Cow. Try the impressive charcuterie spread as an appetizer, and then enjoy one of the many steaks.

These are just a handful of the culinary gems found in and around Franklin, so be sure to explore further as well.

You’ve probably heard about Tuesday nights at the Bluebird Cafe in Nashville, but Thursdays in Leiper’s Fork should also be on your radar — the open-mic night at Puckett’s is legendary.

During my evening there, I lounged at the bar eating a heaping portion of pulled pork while listening to some crazy talented performers. There was a young girl who sang a song she wrote when she was just six years old, telling the tale of her favorite stuffed animal; her grandfather joined her on stage. The usual country greatness followed, including a Brazilian new-country wunderkind and a young female singer with an exquisite voice. Some old-school crooners also made an appearance, and an unreal fiddler was another highlight.

I was there for hours and could have stayed much longer. The level of talent in that crowded barbecue joint was unbelievable. It was the highlight of my time in Franklin, so consider planning to be there on a Thursday evening if at all possible.

7. Leiper’s Fork Is Quirky And Charming

Besides the aforementioned distillery and Puckett’s, there’s a ton for travelers in the quirky village of Leiper’s Fork. You might even bump into Justin Timberlake, Kristin Cavallari, or Chris Stapleton — they all call the funky hamlet home.

I enjoyed wandering through the cute shops in the area, from the European antique store Serenite Maison to the masculine gallery renovated for artist David Arms. Other Leiper’s Fork favorites are the down-home Lawnchair Theater, a community gathering area, as well as the Copper Fox Gallery and the delectable 1892 eatery.

It should be clear by now that Franklin is an up-and-coming tourist destination with a lot to offer travelers. Military history enthusiasts, foodies, art connoisseurs, and more will fall in love with this charming Southern city and region. 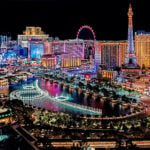 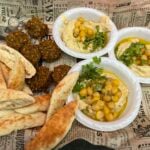 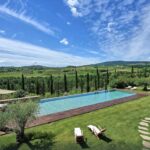 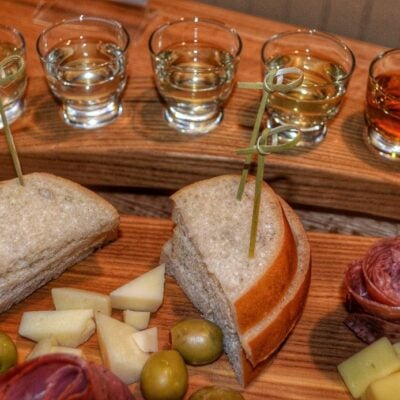 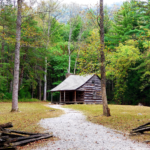 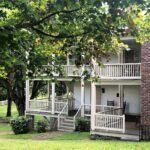