Malta is known for its transparent turquoise waters and romantic cities overlooking the sea. What visitors might not know is that an old Popeye film set is right in Malta, just waiting to be explored.

Follow along as we fill you in on everything you should know in preparation for a day trip to Popeye Village.

The History Of Popeye Village

Popeye Village, also known as Sweethaven Village, is located in Anchor Bay on the coast of Mellieha, Malta. Popeye Village was the film set of the 1980 production of Popeye — a live-action reimagining of the spinach-eating, pipe-smoking sailor so many of us know and love.

When construction began in 1979, logs were imported from Holland and the shingles on the rooftops were imported all the way from Canada to create the 19 wooden buildings that make up the village. The creation of the massive film set required a construction crew of 165 people and seven months of intensive work.

Filming wrapped nearly 40 years ago. Since then, Popeye Village has transformed from a neglected film set to a theme park fit for the whole family.

What You Can Do There

When you enter the theme park, you’ll be greeted by costumed Popeye characters who will entertain you as you explore.

Popeye Village isn’t known for its grand size, but there’s still plenty to do. During your day trip, you can meander through a small museum that guides you through the history of the comics and watch a short documentary about the filming process. Then enjoy a drink at the winery, where you can admire the sea in all its shimmery-blue splendor. For dinner, grab a bite to eat at Seafarers Bar and Restaurant in the park.

If you visit during the warmer months, you can take a 20-minute boat ride around Anchor Bay. During the holiday season, Popeye Village opens Santa’s Toytown — a Christmas celebration featuring elves assembling presents.

There’s something to do year-round, and the whole experience is family friendly!

Malta is just south of Sicily, so traveling by plane from Italy is a quick way to reach the island. The island country can be accessed via most major airlines.

Once in Malta, you can travel to the village by car, bus, or taxi. If you rent a car, you can visit the theme park by following signs to Anchor Bay. If you’d prefer to learn about Popeye Village from an expert, day tours are available, and several cover the history of Malta as well.

The theme park is open year-round, with extended hours during the spring and summer. Ticket prices vary from season to season, so keep an eye out for up-to-date prices on their website.

It doesn’t matter if someone grew up loving Popeye or has never even heard of him — Popeye Village will be a fun stop during your ocean escape in Malta. While in Malta, don’t miss these fantastic and fascinating things to do around the island. 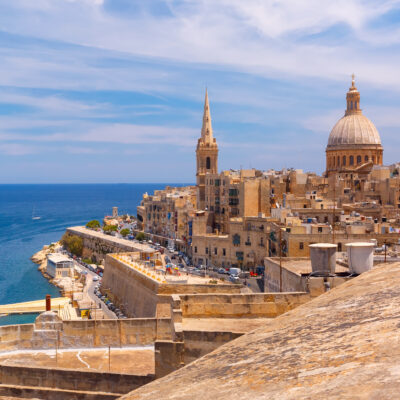 MaltaEverything You Need To Know About Visiting Magnificent Malta 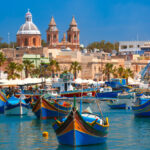 Malta12 Fantastic And Fascinating Things To Do In Malta 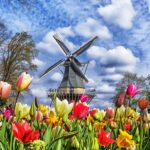