You might recognize the Dark Hedges from Game of Thrones since the tunnel was used in season two of the show as the King’s Road.

Since then, the half-mile tunnel has established itself as a must-see detour during people’s travels through Northern Ireland.

Follow along below for everything you should know before you step foot in the tangle of winding beech trees that makes up the real-life Dark Hedges.

The Story Behind The Hedges

This road was once owned by James Stuart, who lived in the mansion beyond the hedges. In the late 18th century, he planted 150 beech trees on the road leading up to the mansion. His goal was to impress visitors as they arrived at the estate.

The tunnel is an interesting part of the Stuart family history, but as nature took its course, the tunnel became less about the mansion and more about the extraordinary beech trees.

Over time, the trees did something remarkable — as they grew upward, they also grew together. The trees we can see today aged to form an incredible archway almost insulated from the outside world.

The Spirit Of The Hedges

The Grey Lady is said to be the resident ghost of the Dark Hedges. According to lore, she weaves through the trees before disappearing at the last beech tree on the lane. She prefers to glide from tree to tree at dusk.

It’s speculated she was a maid who perished under strange circumstances in a nearby mansion. Another theory proposes that she is a lost soul from a nearby graveyard. No matter her past, you might catch a glimpse of the Grey Lady during your time wandering down the lane. If you’re lucky, you might even capture a photo of her.

The mansion at the end of the lane, Gracehill House, now operates as a golf course, a wedding venue, and a restaurant and bar. If you’re visiting the tunnel to experience a real-life Game of Thrones set, you’ll appreciate that Gracehill House also has a Game of Thrones-themed door carved from a fallen beech tree.

Visitors were once able to drive down the road, but after the trees began to deteriorate from graffiti and heavy traffic, cars were banned.

The road is only open for pedestrian traffic now, so plan on enjoying a leisurely stroll through the winding trees.

How To See The Tunnel For Yourself

The Dark Hedges is about 50 miles northwest of Belfast. The tunnel is between Armoy and Strancum, two small villages situated in Northern Ireland.

You can find the winding maze of beech trees near the Hedges Hotel, which is directly next to Gracehill House. To reach the road, park at the hotel; hedge-lined road is a short walk from there. You can also roam the hedges during a day or night tour with Dark Hedges Experience, located right by the hotel.

If you don’t plan to rent a car of your own, there are also day tours that will take you to the hedges from Belfast.

What To Know Ahead Of Time

The Dark Hedges is now a huge tourist attraction, so if you plan to visit on your own time, try to beat the crowds by going as early in the day as possible — or later in the evening. The hedges — while beautiful at any time of day — are most spectacular when the light is slipping away and the tunnel is eerily quiet.

Plus, the less crowded, the more photo opportunities!

Giant’s Causeway is another great stop on your journey through Ireland, and it’s less than 15 miles away from the Dark Hedges. You can also take a break from the crowds by visiting these off-the-beaten-path destinations in Ireland that are just waiting to be explored. 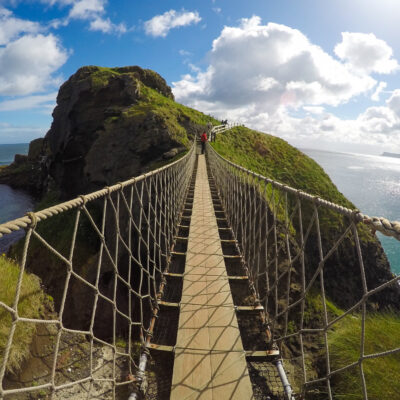 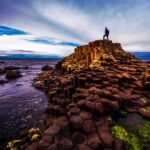 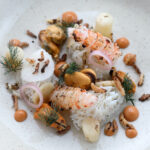 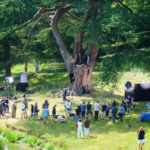