Only 1.3 million people call New Hampshire home — that’s roughly equal to the population of Dallas. And since it covers a mere 10,000 square miles and has no major metropolitan areas, the state generally flies under the radar (except, of course, during the beginning of each presidential election cycle, when it is the first state to hold a primary).

Despite this, New Hampshire has a lot to offer. Where else in the country can you sit on a pier overlooking the Atlantic Ocean, get into your car, drive 45 minutes, and arrive at a ski area in the mountains? The Granite State has many surprises in store for travelers who choose to venture off the beaten path.

Here are eight of the state’s hidden gems.

Franconia Notch State Park is located in the White Mountains of central New Hampshire. The White Mountains are best known as an autumn destination showcasing New England’s glorious fall colors, but the park’s Flume Gorge is a spring, summer, and fall destination popular with locals and travelers alike.

Flume Gorge is a natural gorge carved out of the granite of the White Mountains. The sheer granite walls extend 70 to 90 feet on both sides, with sometimes only 12 feet of space between them. The granite is what makes the site so unique. Picture the granite from a countertop cladding the walls of an alley between two downtown buildings, and you’ll have a sense of what Flume Gorge is like. The difference is that Flume Gorge exists in nature — and there’s a river running down the center!

The waterfall approximately halfway up the gorge is perhaps the area’s most stunning spot — not only visually, but aurally. The granite walls of the gorge amplify the waterfall’s sound, which is reminiscent of the sound from a sound machine turned up high.

If you don’t want to hike the entire 2-mile loop, the visitor center offers a bus route that will get you close to the base of the gorge. The hike up into the gorge requires climbing several sets of stairs, but the vistas are worth the effort — the view down into the gorge from the top is truly incredible.

Located on Newcastle Island Marine Provincial Park just outside of Portsmouth, New Hampshire, the Fort Stark State Historic Site provides a glimpse back in time. The former military facility looks out over the mouth of the Piscataqua River where it meets the Atlantic Ocean. Standing on the point, you can certainly see why the area was chosen to be the site of a fort: You have a clear view of all the ships approaching the mouth of the Piscataqua River.

Visitors are permitted to walk around the entire facility and even peer into the jail cells where unauthorized sailors were detained. As you can imagine, the area is run down, and graffiti covers many of the walls, but that almost adds to the charm. Climb the stairs to see where the military personnel stood watch, protecting Portsmouth and the other Piscataqua River towns from attacks.

Newcastle Island is a destination in and of itself; many of its structures date to the 1600s! Most every house in the downtown area sports a plaque with the name of the original owner and the year the home was built. The historic architecture makes it easy to imagine what life was like on the island nearly 400 years ago.

The historic Wentworth by the Sea, a tall white hotel constructed in the 1870s, is also located on the island. Recently refurbished by Marriott, the Wentworth has its own bit of history: It was where the Treaty Of Portsmouth, which marked the end of the Russo-Japanese War, was signed in 1905.

The main attraction in Dixville Notch is The Balsams Resort, and it is at this hotel that the residents gather to cast their votes. If it’s not in use, the hotel staff will allow you to see the room where the very first votes are cast each Election Day.

Have you ever stumbled upon a small café in a tiny town and immediately wanted to bring it back to your hometown (where it would likely get three — or more — times the business?). That’s the Hungry Bear Café in Franconia, New Hampshire. Located only a few miles from the Vermont border, Franconia is a very small town with an even smaller downtown area. But the food doesn’t disappoint.

Hungry Bear Café is an order-at-the-counter café with the entire menu on the wall. You then take your number to your table and wait for your food to come out. I ordered a simple turkey club and told the woman at the counter when I left that it was the best turkey club that I had ever eaten. The bread, the turkey, the fresh tomatoes — I wanted to clone the Hungry Bear Café and move it to my neighborhood.

As I mentioned above, Franconia is a very small town, so there’s not much to do there. It’s basically one exit right off of Interstate 93. But if you find yourself in this corner of New Hampshire, a visit to Hungry Bear Café is more than worth the trek.

Even if you’re not a skier, Attitash Mountain Resort makes a great getaway. The resort was built around the ski hill, so if you’re looking for a ski destination less than 3 hours from Boston, this is your place. But if you’re visiting during the summer, Attitash offers everything from an alpine slide to horseback riding.

The best time to visit Attitash might be the fall, however. You can take the ski lift to the top of the mountain for some of the best views of New England fall color in the entire state. Chairlift tickets cost $17 and can be purchased at the base of the mountain. If you plan to make several trips, the $35 all-day pass would be a better deal.

Portsmouth is a hidden gem in and of itself. Many travelers are aware of the major ports along the New England coast, such as Portland, Maine, but Portsmouth, just 50 miles from Boston, has a lot to offer.

If you’re looking for the quintessential Portsmouth experience, you’ll find it at Harpoon Willy’s. This pub is located right on the water in downtown Portsmouth with a deck overlooking the Piscataqua River. The river is wide at this point — it is more or less Portsmouth Harbor — and the deck at Harpoon Willy’s offers a great view of it all.

You’re in New England, so you ought to try the seafood (the classic lobster roll is on the menu), but Harpoon Willy’s features a variety of options, from salads to burgers. The drink menu is also extensive — order your favorite drink and stake out a seat on the deck for fantastic evening views.

The Mount Washington Cog Railway is fairly well known in the Northeast, but it is not as well known nationally. Ask any local — when you’re in the Granite State, it’s a must-do. Believe it or not, trains have been taking visitors to the top of Mount Washington for more than 150 years!

The journey begins at the Marshfield Base Station. I recommend ordering tickets online in advance and arriving about 45 minutes prior to your departure time. Once you’ve boarded your train, sit back, relax, and enjoy your time on one of the most exhilarating train rides in the nation.

Along the way, you will reach the highest point in the Eastern United States — Mount Washington. One word of warning: Depending on the day, be prepared for wind. The weather patterns at the top of Mount Washington are known worldwide, and a weather observatory is stationed at the highest point. But the wind can’t take away from some of the most spectacular views in the Eastern Time Zone.

Concord is the capital of New Hampshire, but unlike many of the nation’s state capitals, Concord is more of a small town than a metropolitan city. There are only 43,000 residents, and the Capitol is surrounded by a quaint shopping area, not an urban downtown.

Main Street, obviously, is where you’ll find all of the action. I suggest parking near the intersection of Main Street and Concord Street and then walking through the downtown area. As you reach the end of Main Street and circle back on the other side of the street, you’ll see the New Hampshire State House. The modest building pairs perfectly with the small-town downtown. 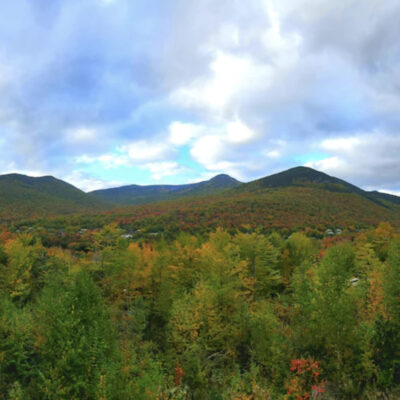 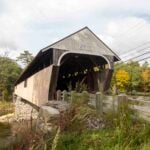 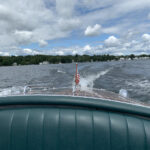 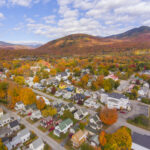