The True Story Behind This Haunted Labyrinthine Mansion

The Golden State is known for Hollywood glamour, astonishing miles of coastline, and a mysterious peace offering to those whose lives were cut short by the gun that won the West — that is, the Winchester Model 1873 Repeating Rifle.

The Winchester House, located in San Jose, California, was purchased by Sarah Pardee Winchester when it was just a modest farmhouse. Over the next several decades, she transformed it into a peculiar, spooky, and incredible work of architecture. Sarah Winchester started renovating the property in 1884 and continued nonstop until her death in 1922.

For 38 years the Winchester House underwent dramatic, and occasionally bizarre, construction. Sarah Winchester was an extremely wealthy widow who inherited $20 million from her husband, William Wirt Winchester, heir to the Winchester Repeating Arms Company fortune. With nearly half a billion dollars by today’s standards, plus plenty of company stock, Sarah was able to keep her eccentric mansion under constant renovation for nearly four decades. But the story of the mansion isn’t all charming redecorating and opulent additions.

Sarah and William Wirt Winchester endured several tragedies during their brief marriage. Shortly after they were married in 1862, they had a daughter. Annie Pardee Winchester was born in 1866, but lived less than two months, wasting away from marasmus, a type of malnutrition.

In 1873, the Winchester Repeating Arms Company revolutionized the gun industry with its Model 73, nicknamed “the gun that won the West.” It was one of the first repeating rifles and could fire with expert precision with very little lag time between shots. As such, the Model 73 was a new breed of weapon that claimed the lives of many people around the turn of the century.

The Winchesters got rich from the Model 73. Its popularity was unrivaled in the expansion years of the late 1800s. According to legend, the souls who lost their lives at the end of the barrel of the Model 73 haunted Sarah until her death, prompting her to implement extravagant, and often confusing, renovations. Apparently, Sarah conducted nightly seances with the dead and had her workers carry out their strange construction requests during the following day.

The Strangest House On The Planet

Some of the most intriguing features of the Winchester House are those that defy logic. Staircases end abruptly at the ceiling, doors open to nowhere, rooms are built inside rooms, doors are built in all shapes and sizes, and skylights have been installed in the floors. The massive mansion spans over 24,000 square feet and contains 160 rooms.

And believe it or not, the mansion actually used to be taller and grander. The Winchester House once had nearly 600 rooms and towered seven stories tall, but it was partially destroyed in 1906 when an earthquake decimated the upper floors. Still, the Winchester House is a wonder to behold and it’s easy to get lost in the seemingly endless loops of hallways, trick doors, and concentric rooms.

The Winchester House story has even been depicted in pop culture. In 2018, Winchester, a horror movie starring Helen Mirren, glamorized Sarah Winchester’s story and familial tragedy, with a solid dose of the supernatural thrown in for good measure.

An alternative and far less spooky theory about the Winchester House is that Sarah was simply an eccentric philanthropist who kept her workers employed during the economic depression of the late 1800s. According to this theory, her passion for quirky architecture, desire to help others, and expansive fortune culminated in the Winchester House.

We may never know the real reason that Sarah Winchester built her unconventional masterpiece, but you can visit for yourself and draw your own conclusions.

In a twist befitting of the Winchester House, the street it sits on was actually renamed Winchester Boulevard.

The Winchester Mystery House is open year-round, with the exception of Christmas. It opens at 9 a.m. and closes at either 5 p.m. or 7 p.m. depending on the time of year. For up-to-date information, call 408-247-2000 or visit the attraction’s Facebook page.

There’s plenty of parking on site, and you can take pictures inside, but no video is permitted. The house is also at the mercy of the elements, and while there may be fans in the summer or heaters in the winter, it’s strongly advised that you dress for the season in comfortable shoes and layers. You can also bring a bottle of water as long as you keep the cap on when you’re exploring the house. No other food or beverages are permitted.

Was Sarah Winchester haunted by the victims of the gun that won the West, or simply a philanthropic eccentric? One thing is for certain, she left behind a lasting relic that defies architectural convention. You will never forget your visit to the sprawling and curious Winchester Mystery House.

Once you’ve wrapped up your Winchester Mystery House tour, head north for these 12 amazing hidden gems in San Francisco. 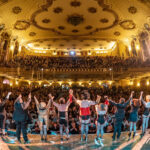 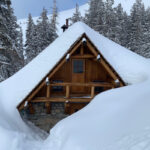 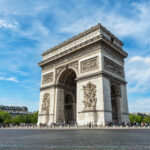