Eating And Drinking In San Juan, Puerto Rico: 12 Things You Have To Try

To visit Puerto Rico and not taste its cuisine is to get only half the story of this beautiful, and resilient, island. The food is an integral part of the culture here. Puerto Rico’s culinary traditions blend Spanish, African, and Caribbean influences along with the island’s indigenous Borinquen culture to create an “only here” cuisine that fits perfectly with the sun, sand, and rich history found in the capital city and easy-to-visit tourist hub, San Juan.

Creamy coconut, sweet pineapple, tangy rum — put them together, preferably in a blender with lots of ice — and you have the recipe for the national drink of Puerto Rico, the piña colada. There are several bars around the island that claim to have invented the sweet sipper; beachside Caribar at the Caribe Hilton, which recently reopened after recovering from Hurricane Maria, says it was first served here by Ramon “Monchito” Marrero in 1954, and Barrachina in Old San Juan claims the drink was invented there by Ramon Portas Mingot in 1963. We think a taste test may be the best way to decide which is the tropical champion! And if you want to taste rum in its non-cocktail state, plan an afternoon visit to Casa Bacardi, located just across the bay from Old San Juan, where you can learn the history of the liquor while sipping samples and trying your hand at mixing some classic elixirs on your own.

The one Spanish word you need to know to get your day started is quesitos. These rich breakfast pastries look like rolled danishes and taste like buttery croissants wrapped around a white cheese that’s similar to cream cheese but is just a bit on the saltier side. The whole thing is glazed and then sprinkled with sanding sugar for a salty-sweet treat that glistens like the tide reaching up the sandy beach. For an even sweeter start, keep an eye out for the popular guava version. Bakeries around the city feature the treat. Try one at Kasalta, which famously hosted Barack Obama when he visited the island.

3. Caffeinate Your Day The Local Way

Coffee is king when it comes to caffeinated drinks in Puerto Rico, where coffee farms dot the central mountains of the verdant island. For breakfast, and throughout the day, the way to order the strong brew is as a cafe con leche. Like a latte, it combines strong drip coffee with steamed milk in equal measures for a smooth coffee drink. If you like your coffee with more punch, order an espresso, a single shot of concentrated caffeine, or cortadito, an espresso with a layer of steamed milk. Try one at Barista Squared in San Juan’s cosmopolitan Condado neighborhood.

4. Nibble Your Way Along The Beach

Repeat after us: The fryer is your friend. The crunch of frituras is almost as ubiquitous as the rhythm of salsa in the streets of San Juan. Don’t skip the crunchy treats fried up to order at kiosks around San Juan beaches. You can also find them set out in glass cases, oil sparkling like jewels. The savory treats are great to grab on the go and are best with a cold beer or cocktail. Be on the lookout for alcapurrias (long yucca and plantain fritters stuffed with beef or crab), bacalaitos (round codfish fritters), and tostones (flattened plantain discs). You can sample these and more at the aptly named La Alcapurria Quema in the Santurce neighborhood of San Juan.

5. Cool Off With A Craft Brew

It’s not just rum that refreshes on this sunny island; local beer is a cold delight on a hot day, too. Traditionally, Medalla was Puerto Rico’s beer of choice, but in the last few years, craft breweries including Boqueron, known for its blonde ale, and Ocean Lab, which has a tasting room and restaurant right on the beach in Isla Verde at VIVO Beach Club, have been making waves. Stop in for a Driftwood Brown or SJU Lager paired with light bites and ocean views.

6. Grab A Handful Of Traditional Flavor

Although they may look like Mexican tamales at first glance, pasteles are “a true local specialty” according to Discover Puerto Rico, the official tourism site for the island. Instead of corn masa, the base for pasteles is made from yucca and mashed green plantains. Then the mixture is stuffed into plantain leaves, filled with ground beef, pork, chicken, or salt cod (bacalao) and boiled, ultimately creating a perfect, tender package ready to eat anywhere. One easy location to try the classic dish is at Lote 23, an outdoor food truck eatery in hip Santurce. The venue is a great place to try different foods and drinks in a very casual, outdoor setting.

7. See Delicious Dishes Swimming All Around

The waters that circle San Juan like a glittering necklace are filled with the freshest fish and seafood around. Menus usually feature a variety of options, but highlights include shrimp creole — served in a tomato-based sauce with peppers and onion — and whole fried red snapper, usually presented dramatically standing upright like it’s swimming across your plate in all its golden glory. Try the catch of the day at Casita Miramar, a restaurante situated in a quiet San Juan neighborhood that’s been serving seafood, including lobster stuffed avocados, for half a century.

8. Dig Into A Dish Of Mofongo

Mofongo truly is one of the cornerstones of Puerto Rican cuisine. The dish consists of green plantains that are fried then mashed and seasoned with garlic. The savory mash is then molded into a bowl shape and filled with hearty stews of ropa vieja (shredded seasoned beef), piccadillio (ground beef), seafood, or shrimp. Metropol restaurant specializes in Puerto Rican comfort foods and has a whole page of mofongo offerings; they have several locations, but their restaurant in the Sheraton Puerto Rico is especially convenient.

9. Think Pork For The Win

Puerto Ricans love to celebrate special occasions with pork — usually whole pigs seasoned with garlic-based adobo, then slowly roasted over charcoal until the skin is crackling. On the weekends there are whole pork trails where you can drive along the mountains into Guavate, where the roads are lined with lechoneras, small pork restaurants. Back in San Juan, although you can’t usually find the whole hog on a menu (there are a few exceptions, including the San Juan Marriott, which hosts a whole hog roast on Friday nights), you can get the crispy skin in the guise of chicharrones, deep-fried pork skin served with hot sauce. It’s especially popular as a snack to accompany beer. Try it at the easy-to-remember Chicharron Restaurant in La Placita — a low-key bar and restaurant area where locals gather to listen to music and dance late at night.

Rice and beans, or arroz y habichuelas in Spanish, is a quintessential Puerto Rican side dish regarded as classic island comfort food that can be ordered to accompany almost any entree. In most cases, you can choose from black beans or pink (often kidney) beans. Either will be stewed with sofrito, a flavoring staple of island cuisine made by blending together plenty of onion and garlic plus peppers, culantro, or cilantro, and oregano. Pink beans will also have chunks of potatoes soaking up the rich stew. Molinis Cafe near Ocean Park Beach serves a rich version and features other rice dishes like arroz con jueyes, rice cooked with crab, on its daily blackboard menu. Note: Unless it’s stated otherwise, assume that all beans are made with pork (usually ham hock).

11. The Icy Way To Sweeten Your Day

On a tropical island, keeping cool is a priority. Luckily, in Puerto Rico, cooling trade winds keep things temperate even in mid-summer, as do cold coconuts hacked open with a machete right on the beach from vendors hawking coco frio and flavored piragua, hand-scooped ices from carts offered in tropical flavors like coconut and pineapple. However, for a handheld treat that tames the heat, paletas can’t be beat. These frozen pops on a stick are usually fruit-flavored — think mango, watermelon, and guava — but at Señor Paleta (Mr. Icepop), an all-paletas, all-the-time shop in Old San Juan, you can also order up creamy versions crafted from peanuts, chocolate, and caramel. Added bonus: They can also give your pop a dip in a dark chocolate bath and sprinkle on crunchy toppings like almonds for a truly decadent dessert.

12. Toast To The Holidays Anytime

Not to be confused with coqui, the tiny frogs that make a loud chirping din all night, coquito is a smooth, creamy punch made from coconut milk, condensed milk, rum, and cinnamon. It’s most often served at Christmas time as a tropical answer to egg nog, but you can also find it year-round when you visit San Juan. Look for it either premixed and ready to pour (it’s easy to find in the duty-free section of the airport) or used in desserts. One not to miss: the rich, unctuous tres leches (three milks: evaporated, condensed, and coconut) cake at romantic Casita Miramar. This cake is doused in coquito and served with a shot of rum.

Considering a Puerto Rican getaway? In addition to amazing eats, it’s one of the best multigenerational destinations in the Caribbean. 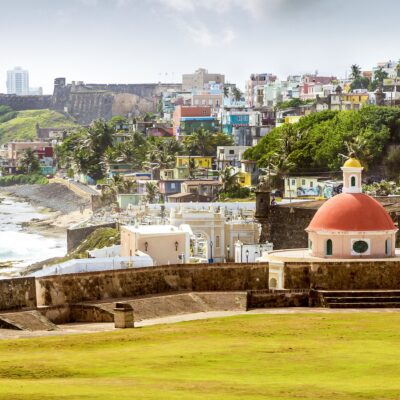 San Juan10 Things To Do In San Juan, Puerto Rico 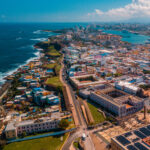 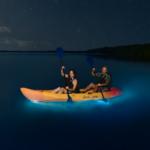 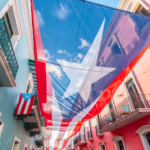