With its rich selection of world-famous museums, London is a museum lover’s delight. Even the casual visitor is sure to find something of interest. And, delightfully, many of the museums offer free admission to their regular galleries.

The British Museum is dedicated to human history, art, and culture. Numerous galleries on two floors contain a vast collection of art and artifacts dating from the Stone Age to the 20th century. The museum, founded in 1753, was the first national public museum in the world.

Its founding collection of 71,000 books, antiquities, and natural specimens was bequeathed by Sir Hans Sloane, an Irish physician, naturalist, and collector. Since then, the collection has expanded to include over eight million objects. Egyptian mummies, African textiles, Ming porcelain, Greek and Roman sculptures, samurai armor, and European clocks are just a small sample of what is on display in galleries that explore the culture and history of civilizations around the world.

When Sir Richard Owen, curator of the British Museum’s natural history specimens, became frustrated with the lack of space for his ever-growing collection, he convinced the museum’s board of trustees that a separate building was needed. The Natural History Museum opened in 1881.

Located on Exhibition Road in South Kensington, the Natural History Museum, with its ornate terra cotta exterior, is sure to impress. The Romanesque building was designed by Alfred Waterhouse to reflect Owen’s vision of a “cathedral to nature.” Inside, you’ll find an equally impressive collection of artifacts as you “uncover the history of life on Earth, from the smallest insects to the largest mammals.”

You’ll find fossil trees, a meteorite, gems, a Neanderthal skull, objects melted by lava flow, lichens that live for over 10,000 years, and much more. The tranquil Wildlife Garden, open from March to November, contains thousands of British flora and fauna.

Across Exhibition Road from the Museum of Natural History you’ll find the Victoria and Albert Museum, often referred to as the V&A. It houses the world’s largest collection of decorative arts and design. The V&A started out as the Museum of Manufactures in 1852 and was founded to instruct the public on all matters relating to good design. The museum soon outgrew its space on Marlborough Road. In 1899, in her last public ceremony, Queen Victoria laid the foundation stone for a new building. At that time the name of the museum was changed to the Victoria and Albert Museum.

An 11-meter Chihuly blown-glass chandelier hangs in the main entrance rotunda. Other artifacts found throughout the museum include stained glass, medieval tapestries, a 16th-century harpsichord, sculptures from various periods, ceramics, paintings and drawings, tiled chimneys, Islamic carpets, Leonardo da Vinci’s notebooks, and Shakespeare’s First Folio. A courtyard with a garden café and a lawn area offers a peaceful spot to stop for refreshments.

The Science Museum is also located on Exhibition Road. Founded in 1857, it is one of the city’s major tourist attractions, attracting 3.3 million visitors annually.

The Science Museum aims to inspire visitors with objects and stories of incredible scientific achievement. Exhibits on four floors offer opportunities to learn about flight, clockmaking, mathematics, genetics, robotics, the history of computing, and the role of steam in propelling British industry.

Although the museum is free, some exhibits, such as the flight simulator, are not.

The National Gallery in Trafalgar Square tells the story of European art, masterpiece by masterpiece. The National Gallery houses over 2,300 works, including one of the largest collections of paintings in the world. You’ll find Western European works of art dating from the 13th century to the 20th century. Artists with works on display include Leonardo da Vinci, Vincent van Gogh, Paul Cézanne, Claude Monet, Thomas Gainsborough, Rembrandt, John Constable, and J. M. W. Turner.

The gallery includes more than 11,000 portraits. Of these, about 4,000 are paintings, sculptures, and miniatures, 60 percent of which are regularly displayed. The 7,000 light-sensitive works on paper are displayed on a rotating basis of about 300 items per year to avoid excessive light exposure and minimize deterioration and fading. This means you may see something different with each visit.

The collections at the Imperial War Museum London cover war and conflict from World War I to the present day, focusing on personal experiences and the way conflict has shaped our world. The museum invites you to “see war through the eyes of the people who lived it.”

Displays include weapons, uniforms, a recreated World War I trench, diaries, art, and the world’s largest collection of Victoria Crosses. Visitors discover stories of bravery and explore what it means to be a hero.

Tate Britain is home to works of British art dating from the 1500s to the present day. It contains the largest collection of works by the celebrated painted J. M. W. Turner. Two rooms are dedicated to the works of sculptor Henry Moore. The Walk Through British Art collection is arranged chronologically by decade, starting with the 1540s. As they stroll through time, visitors can view stunning art and observe the changing styles.

Housed inside a former power station, the Tate Modern features international modern and contemporary art. Its collection includes world-class paintings, sculptures, photographs, mixed media pieces, and performance art. Works are grouped by theme, and each display features art from different time periods and by a variety of artists.

The National Maritime Museum, located in Greenwich, covers the history of exploration by sea. Visitors can view more than 1,000 objects related to the emergence of Britain as a maritime nation in the 16th and 17th centuries, reflect on the legacy of European exploration, explore how human identity has been shaped by our relationship with the sea, and follow Pacific explorers such as James Cook and polar expeditions such as that of Robert Falcon Scott and Ernest Shackleton.

The list of free museums in London doesn’t end here. Other museums with free admission include the Museum of London, Sir John Soane’s Museum, the Guildhall Art Gallery, the British Library, the Royal Air Force Museum, and the Museum of London Docklands. 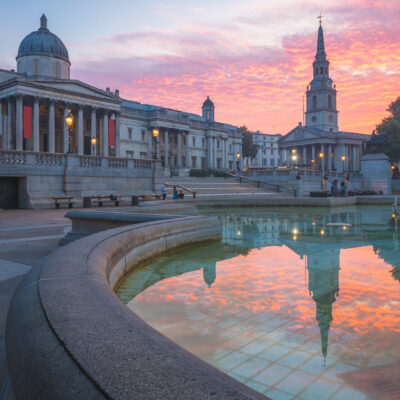 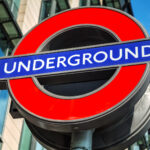 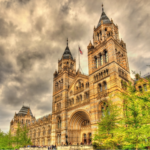 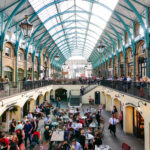