My 8 Favorite Cities Around The World For Art Lovers

Art is a very subjective topic, and even though some art — think Michelangelo or Leonardo da Vinci — is acknowledged as exceptionally good by most people, other well-known artists divide the crowds. Art, like beauty, is in the eye of the beholder, and some of us willingly queue for hours to marble — sorry, marvel — at Michelangelo’s David in Florence, while others roam the streets of run-down neighborhoods to get a feeling for a city’s street art.

But there is no doubt that art in general is a huge draw when it comes to choosing locations for city breaks, together with history and culture. Personally, I always look up the best art galleries, museums, and street art locations of a destination before anything else. With a slight bias toward contemporary art and a huge bias toward street art, I am still one of those people in the queue for the Mona Lisa or Guernica.

So, here I have listed my favorite cities around the world for art, be it old masters, street art, public installations, or a good mix of all of the above. In no particular order or system, I love each of these destinations for its art vibe and the visual wonders you get to see there, many of which are totally unique to that particular place.

Paris is one of those destinations that seems to have it all; it is a beautiful, historic city with artful architecture — old and new — evident everywhere. And, of course, it has the world’s largest art museum, the Louvre, which covers the best examples of ancient and simply old art, from the Mona Lisa to the Venus de Milo. Then there are museums of specific artists, such as the sculptures by Rodin, Monet’s waterlilies, or indeed Dali’s works.

Some museums/galleries are destinations in their own right, such as the Musee d’ Orsay, Fondation Louis Vuitton, or the Centre Pompidou. There is superb street art, from gigantic murals along Boulevard 13 to the tiny mosaics on street corners by Parisian artist “Invader.” In Paris, you stumble across art everywhere, making it a perfect art lover’s destination.

Pro Tip: The Pinault Collection has only recently opened, adding another great gallery in a superb setting.

São Paulo, one of the world’s most populated cities with 12 million plus inhabitants, is Brazil’s financial hub, yet the vast majority of its inhabitants are on the lower socio-economic scale. It is the contrast between rich and poor that can probably be credited with the explosion of urban art in this city.

In addition to true and quite ugly graffiti found everywhere, there are wonderful multi-story high murals covering most older skyscrapers and apartment blocks, done legally by some of the world’s best urban artists. Then there is Beco de Batman, Batman Alley, the place for street artists. It’s an alleyway, which normally would have looked rather bleak and uninspiring, but is an ever-changing canvas and a riot of colors.

Then there are some fantastic museums, such as the absolutely wonderful Pinacoteca do Estado de São Paulo, specializing in Brazilian art, and the hyper-modern Museum of Art (MASP) on the wide Avenida Paulista.

Pro Tip: Don’t miss out on a walk through the inner-city green space, Ibirapuera Park, which not only allows a welcome respite from the frantic city life outside its borders, but also offers more art in the shape of the African Museum and more street art.

The small desert country of Qatar has over the last decade or so turned itself into a veritable art hub, with not only striking architecture by heavyweights such as I.M. Pei, Jean Nouvel, and Zaha Hadid Architects, but also world-class museums, galleries, and art installations in and around the capital Doha.

Currently calling Doha home, I love visiting larger-than-life exhibitions, such as recent ones by Jeff Koons and Virgil Abdo. My favorite installation is East-West West-East by Richard Serra, which stands far away from civilization in an isolated spot in the desert, creating a huge impact. Add superb galleries, street art (but without the graffiti), and public sculptures throughout the city as well as in the international airport, and you have a place that is a must-see for art lovers.

Pro Tip: Wandering through the Katara Cultural Village, you can scratch the art itch, full of sculptures, murals, and galleries and with great architecture and cafes and restaurants, right by the beach.

This former home of mine is the place that truly ignited my love for street art. As soon as I arrived, I heard about the laneways, tiny alleyways that perforate the city center, which are a hotbed for artists wielding spray cans. Before I even fully unpacked, I went on a street art walking tour and never looked back. The great thing about street art is that you can walk down the same laneway every week, and you’ll always see something new.

But Melbourne can also do “proper” art, and the National Gallery of Victoria is only one superb example of museums and galleries dotted across the city. One of my favorite spots for the weekend was always the Heide Museum of Modern Art, which is not only a great gallery, but also a sculpture park set in gorgeous surroundings.

Pro Tip: Don’t miss out on seeing and learning about Aboriginal art, best done at the Bunjilaka Aboriginal Cultural Centre.

Even though it seems obvious (a bit like including Florence in this list, which I was tempted to, but resisted), London needs a mention, if only for the large amount of free art you can enjoy here. Whereas street art is free everywhere, and Brick Lane and Leake Tunnel are must-sees, it’s the excellent museums and galleries, such as Tate Britain and Tate Modern — which can easily be connected by a lovely walk — that stand out. These simply superb galleries have free entry, as does the British Museum, where you can catch some ancient art, and that is pretty special in a city like London.

Pro Tip: For something out of the ordinary, head to The Bower, a former public toilet block turned gallery and café. Tiny, but impressive.

Sometimes a destination needs just one thing, one place they have done so well, that it puts the entire city on the map. For me, that is the Zeitz Mocaa, the Zeitz Museum for Contemporary Art Africa. The entire place just blew me away and was one of the main reasons for wanting to visit Cape Town, although, of course, the city and its surroundings offer so much more than just one museum.

But the Zeitz Mocaa is no ordinary museum. This is a former grain silo, an ugly concrete building, which with enormous vision and engineering skill has been transformed into one of the most amazing buildings ever. Defying logic and against all common sense, the rooms that were created now hold the best of African modern art, and the result is worth flying out to Cape Town for.

Pro Tip: Luckily, part of the building is a superb luxury hotel, aptly called The Silo, and from its rooftop bar, you get stunning views across gorgeous Cape Town and beyond.

Time for more street art, and I cannot think of a more colorful, vibrant urban art center than Valparaiso, where even the public stairs have been turned into pieces of art. The city itself is a sight to see, clinging onto the side of a hill. The grade is so steep at times that several large elevator-cum-funiculars ferry passengers up and down.

But once you’re up, then you practically need sunglasses — each wall is so brightly adorned with street art. I went on a street art walking tour and am so grateful I did, because I walked down one set of steps without realizing it had been turned into a piano, which was only visible when looking up.

Pro Tip: For art of a totally different kind, head to the suburb of Vina del Mar, to check out the solitary Moai from Rapa Nui (Easter Island). There are also plenty of great seaside restaurants there that are perfect for lunch.

I am including Abu Dhabi because apart from people who have lived there or visited, most travelers do not appreciate quite how special this capital of the United Arab Emirates is when it comes to art. There is, of course, the Louvre Abu Dhabi, the second Louvre Museum outside of Paris (the other is in Lens near Lille in France).

The Abu Dhabi one wows not only with its art, but also with its setting on its own island, and its Jean Nouvel architecture. Then there is the Yas Bay Waterfront, the walkway of which is studded with superb larger-than-life sculptures and art installations, with artists ranging from Takashi Murakami, KAWS, and many others.

There is even a gigantic astronaut who seems to be waiting for his space rocket. Add the combination of traditional and modern architecture ranging from the stunning Sheikh Zayed Grand Mosque to the Zaha Hadid-designed Sheikh Zayed bridge, and you have something for everybody.

Pro Tip: The Abu Dhabi Guggenheim by Frank Gehry is still a work in progress and should be open by 2026.

For more on art, explore these articles: 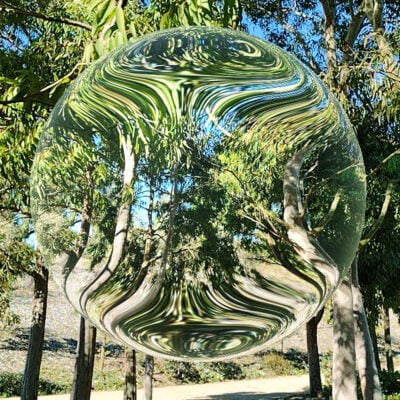 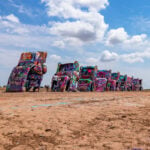 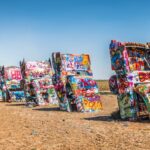 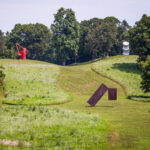