6 Fabulous Experiences In One Of Brazil’s Most Interesting Cities

On my hotel balcony, I left the sliding patio door open so I could see the moon and hear the South Atlantic waves on the shore below. I took in the moment, excited that I had made it to Salvador de Bahia.

How had I become so fascinated with Brazil? Well, its history. Salvador was the capital of Brazil until 1763. I knew that starting there would put me in closer touch with Brazil’s history and culture that were not available in other parts of the country. Yes, Rio has the statue of Christ the Redeemer and Sao its raunchy nightlife, but Salvador has something different. Its founding and peoples were part of a deeper understanding of what the country had experienced as a Portuguese colony, independent country, and major port of entry into the continent.

Not too many cities can claim to be the oldest in the New World. Salvador has that distinction.

Morning is the best time to start exploring. Although you are near the ocean and bay, by midday the sun and humidity make exploring a sweaty, thirsty endeavor.

Prior to leaving the hotel, ask the concierge for the average costs for taxis to and from the places you intend to visit (see below). Get a couple of bottles of water and then take a taxi to Terreiro de Jesus.

The UNESCO Heritage Site of Pelourinho, often referred to as Pelo, is the ideal place to start learning about and exploring Salvador. Most of the neighborhood is walkable, except for a few steep inclines and declines. Find the tourism office in the square and get a map, because many of the streets that curve around Pelo have similar names.

Pelourinho, which means “pillory,” can be traced back to its original meaning of “whipping post.” Pelo was not only the center of town but also the site of a large slave market, which, at one time, was the biggest in the New World.

The best place to start your exploration of Pelo is at the crucifix known as the Terreiro de Jesus which stands in the center of the surrounding areas. Mark this as your starting and ending points and always be aware of where you are in proximity to it.

The area is replete with beautiful churches, including the Igreja Ordem Terceira in the square of Igreja Nossa Senhora do Rosario dos Pretos. This church was built by slaves. You will also see the Cathedral Basilica Primacial de Salvador. Some say that there are 365 churches in Salvador — one for each day of the year. Whatever the number, the ones in this area are some of the most beautiful churches. Take some time to wander around the area and look at the buildings’ architecture.

You will quickly notice the colorful homes that the Portuguese used to disguise the poverty around this area. You will also likely see the strong, confident Afro-Brazilian women wearing mostly white with touches of color that highlight their individual style. You might spot a few walking around or selling local snacks and beverages. Feel free to say hello or ask for a photo, but give them a few Brazilian reals for their time.

Return to the main square and visit the Casa do Carnaval if you are interested in learning about how Brazil celebrates the Carnival. While exploring, you might find a few people practicing capoeira (a martial art), while others take advantage of the shade under the palm trees that line many of the squares you can visit.

Remember to stay cool and take advantage of any opportunity to sip a refreshing drink. With your thirst quenched, go to…

Salvador is split into two parts: the Cidade Alta (upper city), which is where you are standing, and the Cidade Baixa (lower city). The name Elevador Lacerda comes from the original rope-and-pulley device that was installed by the Jesuits in 1610. More than 250 years later (1868), the first modern-like elevator was installed, and it was upgraded to electric in 1928.

Take a ride to the top and admire the architecture and the sights below. Then you can walk the long way down, or spend a few reals and get down quicker.

Once you reach the bottom, carefully cross the Ladeira de Montanha and visit the Mercado Modelo Salvador on your left. The Mercado (market) is near the Baia de Todos-os-Santos (Bay of All Saints) and has been at this location since its construction in 1912.

This is one of my favorite sites within the city. You will find everything from local liquors, such as Pitu Rum and Graviola Liquor, local artworks, cigars, clothing, and, best of all, local foods in the dining areas. Most of the prices for these items are negotiable, except for set-price foods.

4. Basilica Do Nosso Senhor Do Bonfim

To get to the next site, you will need a taxi, and many are in the queue outside the Mercado. Decide on the price before getting in the taxi; it should not cost much to visit and return. Trip time is only 10 minutes to arrive at your next destination.

Once there, you will notice the crowds already gathering and the tour buses driving by because this location is of huge historical and cultural significance. It is the site of the tradition of “Lavagem do Bonfim,” which takes place on the second Thursday after Three Kings Day (January 6). The event celebrates the arrival of an image of Senhor do Bonfim (Lord of the Bonfim). As part of the celebration, Bahian women throw water on the steps while singing and chanting.

The Catholic Church offers Candomble, a form of worship with its roots in African Yoruba beliefs, which means “dance in honor of the gods.”

Please note that it is free to enter, but there is a fee for the museum. Once inside, please be respectful of the interior, especially when taking pictures. As you walk around, you will find a room full of pictures, crutches, toys, and other mementos. These items are from the people who come to pray and hope that either they or their loved ones will be healed from whatever ailment is affecting them.

Once you leave, you can have lunch in the area or take a taxi to your next site.

Depending on when you visit the lighthouse, there will be two completely different vibes. During the day, it is a tourist attraction and meeting place. In the evening, it turns into a make-out point, so plan according.

The original lighthouse was built before the city was founded, and it is part of the Barra Fort and houses the Nautical Museum (fee to enter). Over time, the surrounding Barra Neighborhood developed. After exploring this area, go into Barra.

Barra is the ideal place to end your first day of exploring Salvador and to realize there is much more to see. Most popular with travelers are the surrounding hotels, restaurants, nightlife, and beaches. Feel free to follow Av. Oceanica along the main strip. If you haven’t eaten yet or are famished, stop at Barravento Restaurant for some local seafood and Brazilian drinks. Then relax on the beach or take in views of the South Atlantic.

If the nearby Praia do Farol da Barra beach is too busy, go further down to the smaller beaches like Praia de Ondina or my personal favorite, Praia do Rio Vermelho. Grab a chair and sit under an umbrella.

Being the biggest country in South America, Brazil not only stands out due to its size but also its culture. Nowhere on the continent will you hear the sounds of Portuguese overlayed with Bossa or Afro-Brazilian rhythms. Nor will you see the variety of colors, architecture, foods, and people anywhere else on the continent.

As I stated earlier, the above itinerary is simply an introduction, so it is now up to you to immerse yourself in its culture. On your remaining days, visit the neighborhood of Rio Vermelho which cradles against Ondina and Barra but has a Bohemian artsy vibe. The stretch of restaurants along Av. Sete de Setembro offers some of the nicer restaurants in the city combined with great views come sunset.

Head back to Pelourinho for a food tour which will introduce you to meals such as moqueca de peixe (fish stew), acaraje (deep-fried fritter), and aocadas (coconut confectionary).

Loosen your hips in one of the many venues in Barra that have a samba night, some of which allow beginners to both learn and practice. Enjoy a caipirinha while watching the sunset, and most importantly, use “obrigado” when saying “thank you.”

For more ideas and inspiration on Brazil, explore these articles: 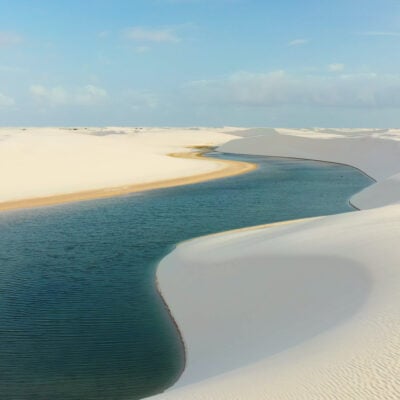 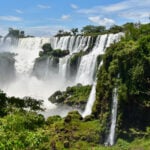 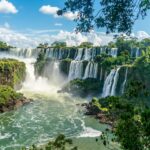