My 12 Favorite Fried Foods At The Texas State Fair 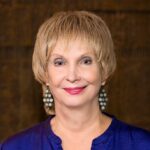 When the State Fair of Texas opens at Fair Park in Dallas on September 30, I’ll be there with my husband. We both love the fair and go several times every year.

The Texas State Fair is famed for its creative fried foods, and the theme of the 2022 exposition (September 30–October 23) is Treats of Texas. Each year, the fair holds its Big Tex Choice Awards competition, encouraging concessionaires to create wildly different and amazing fried dishes in three categories: Best Taste-Savory, Best Taste-Sweet, and Most Creative. Fried butter, fried ice cream, and even fried Coke are examples of past entries.

Winning a Big Tex Choice Award translates into big bucks for the concessionaire. Last year’s big winner, whose fried seafood gumbo balls won both Best Taste-Savory and Most Creative, said they sold over 40,000 of the crispy gumbo balls at the 2021 Fair.

At the August 28 awards ceremony, we sampled all ten 2022 finalists, and they were all great. The fair’s concessionaires have earned their own TV series, Fried Food Dynasty, so creativity was off the charts this year.

“Concessionaires begin preparing for the Big Tex Choice Awards months in advance, spending countless hours perfecting their most creative culinary concoctions with the hopes of being crowned a winner at the annual competition,” said Karissa Condoianis, State Fair of Texas’s senior vice president of public relations. “With a slate of unique dishes unlike anything that has been seen at the fair before, the stakes for the competition have never been higher.”

As a frequent fairgoer for over 50 years, I’ve compiled a list of new dishes that stole the show and old favorites that can’t be replaced. Here is a list of my 12 favorite Texas State Fair fried foods, in no particular order, and where to find them.

The first three entries on this list are the 2022 Big Tex Choice Award winners in the Best Taste-Savory, Best Taste-Sweet, and Most Creative categories.

By Tami Nevins-Mayes and her daughter, Josey Mayes, their fried charcuterie board won Best Taste-Savory. Only 22 years old, Josey Mayes (a fourth-generation concessionaire) dreamed up this dish to sell at her family’s booth.

“Because I love serving charcuterie boards when friends come over, I thought why not turn it into a perfect bite-sized, fried treat that’s easy to eat at the fair?” she said.

It combines chopped up mozzarella, salami, and green apples tossed in olive oil, balsamic vinegar, and Italian herbs, encased in a wonton wrapper, fried, topped with goat cheese, and drizzled with hot honey.

This is the 73rd year for Nevins Concessions at the fair. They operate nine booths, including one “at the back side of Big Tex’s left jean pocket,” Josey says.

Pro Tip: The award-winning, Best Taste-Savory Fried Charcuterie Board is available at Nevins Concessions booths N28F and N7F. A full list of fair booths is listed on the Visitor’s Guide food map, or online at the State Fair of Texas website.

While the Big Tex Choice winners have long lines at their booths each year, the longest lines are still at Fletcher’s stands. The Fletcher Brothers started selling the corny dog at the State Fair of Texas 80 years ago. Still a family-owned business, Fletcher’s sells over 500,000 corny dogs each fair season.

A top-quality hot dog on a stick is dipped into their proprietary cornmeal batter and deep fried to a golden brown. There are now several varieties of Fletcher’s corny dogs like jalapeno cheese, all beef, or even veggie dogs, but the best seller is still the original. Large mustard and ketchup containers are available to drizzle over your corny dog. It’s the perfect fair food since you can easily carry it with you as you continue strolling through the fairgrounds.

This year, Fletcher’s is giving away 80 original corny dogs to the first 80 customers every Friday at each of their seven booths throughout the Fairgrounds to celebrate their 80th anniversary. Since the Big Tex Circle booth is so popular, your chances to win a free anniversary corny dog are probably better at one of the smaller booths.

Pro Tip: Arrive early on a weekday to avoid long lines at Fletcher’s. We try to arrive right at noon when the gates open for the fair’s first day (Friday, September 30 this year). After buying a handful of coupons ($1 each), our first stop is usually the large Fletcher’s booth in Big Tex Circle for our corny dog fix. We grab napkins and carry ours next door to a table on Old Mill Inn’s shady patio to savor our first corny dog of the fair.

These are my husband’s perennial favorite, and he claims they taste better at the fair than anywhere else. They can be found at a number of food stands throughout the Fairgrounds. You won’t have to wait in a long line, but it still takes a long time to finish one!

These were my favorite fair delicacy as a kid, but as I grew older, I outgrew trying to eat these delicious but tough-on-teeth sweet treats. I miss those candy apple days!

Everyone knows how delightfully delicious these strawberry and whipped cream-covered waffles are, since they’re served at festivals all over the world. The fair’s most popular Belgian waffle stand is located near the entrance of the Centennial Building, where imported autos are displayed.

This is a great location to take a pause, find a spot to sit on a bench by the bank of the nearby Esplanade, and enjoy every bite while watching Fairgoers go by. Gazing out at the water can help you feel cooler, even when the sun’s beating down. And yes, it’s still hot in September and October here in Dallas, so it’s wise to dress for comfort over style. Please wear comfortable walking shoes, preferably closed-toe. Sandals and flip flops might be cooler, but people drop all kinds of sticky stuff — cotton candy, melting ice cream, etc. — on the ground.

This is a favorite foodie stop because — bacon. You can’t go wrong with anything made with bacon. Bacon Nation serves all kinds here, sweet or savory, and all yummy. Their booth is located in the air-conditioned Tower Building along with numerous other food vendors, just follow your nose to the smell of frying bacon.

The Tower Building food court features plenty of table seating. It’s a great spot to share samples of several different kinds of food with friends or family. Even if you’re solo, you won’t be lonely in this food court, where everyone is eager to talk about or share their favorite finds.

This Tower Building booth features a number of Greek specialties like Dolma and Baclava, but my favorite is their large Greek salad. I love feeling like I’m eating something healthy along with all those fried foods.

Another irresistible smell leads us to the booth selling freshly-made cinnamon rolls in the Tower Building. It’s a favorite shareable food with my girlfriends and me.

Enjoy all kinds of foods like Frito pie, nachos, bowls of chili, and tamales. You can buy a dozen tamales to take home if you have someone to carry them for you. You can find it all in the Tex-Mex booth in the Tower Building.

A number of booths sell roasted corn on the cob. And if you love it like we do, it does seem to taste better when it’s roasted at the fair. It’s served with butter, salt, pepper, and red pepper for those who like it spicy.

This is usually our last stop to pick up jars of Texas honey, salsa, or other items made in the Lone Star State to take home. You don’t need coupons here since they take cash or even credit cards. It’s a good stop for those of us who’ve long since run out of coupons.

More On The Texas State Fair

Thrifty Thursdays are the best day for senior citizens (over 60) to save money at the fair. Admission is discounted, and so are coupons for food, games, and rides. Many fair activities are free, though.

The state’s largest auto show is held in the Automobile and Centennial Buildings. New pickup trucks are scattered throughout the grounds in outdoor displays. Livestock auctions, rodeos, cultural performances, dog shows, pig races, and kid shows, plus live concerts by famous musicians on the outdoor stages, are all free. Cooking demonstrations in the Food & Fiber Building are also free. Here, celebrity chefs come to the State Fair of Texas to offer samples of their creations.

Parking can be difficult. Some good advice for those staying at hotels — and/or wise locals — is to take DART. Their Green Line lets fairgoers out right at the front gate, saving you both money and unnecessary stress. Check the schedules here. For those unable to do a lot of walking, scooters are available for rent at the fair.

For more on state fairs all around the U.S., check out these articles: