A Rhine River Cruise is on the bucket list for many. Who has seen a commercial showcasing the castles along the Rhine as guests sail by on-board a river cruise?

This cruise is heavy on castles and cathedrals as you cruise along the Rhine River. It is a rich landscape renowned for vineyards producing white wines, UNESCO World Heritage Sites, the culinary traditions of the Alsace region — with its influences from both Germany and France — as well as the windmills and cheeses of the Netherlands.

One of the benefits of a Viking River Cruise is that a shore excursion is included in each port. We were both pleasantly surprised at the quality of these trips. Peggy is one who tends to explore on her own because, frankly, most tours she’s taken in the past have been pretty boring. The included Viking excursions typically took place in the morning and lasted about 3 hours.

The guides were awesome! All were well-vetted and so knowledgeable about the destination. You will either be on a walking tour or a bus tour for which Viking uses their own buses. In your room, you will find a QuietVox audio receiver to wear around your neck with an earpiece. It allows you to hear the guide while the group can spread out a bit, which is nice for social distancing and if you want to linger and look at something a bit more as the group moves ahead.

Pro Tips: Tours start as early as 8:30 a.m. so get a good night’s sleep. Also be sure to wear good walking shoes. Peggy wore Keen’s Women’s Targhee II Waterproof Hiking Shoes. A hiking shoe gives you a great tread and support without the bulk of a boot. The terrain on this trip was very uneven with cobblestones and old pavement as well as some trails. Also note if you have mobility issues. Even tours rated “easy” have a walk from the ship to the bus which can be a challenge for some. Work with the ship’s program director or guest services for options.

Here are some of the fabulous excursions Peggy enjoyed on her Viking Rhine River Cruise.

I thought this was a great excursion and it was included. After our ship docked along the shore in Breisach, it was a short walk to the Viking buses where we met our guide, Walter Hirsch. The trip took us on a scenic drive through the fabled Black Forest, past three quaint villages and rolling hills covered in vineyards. We stopped at the Hofgut Sternen Hotel situated at a more than 700-year-old crossroads in the heart of the Black Forest. The location has a long history of hospitality towards travelers.

My first stop was at the restaurant to enjoy a slice of Black Forest cake before visiting the shops and looking at the amazing assortment of cuckoo clocks. I ended up having enough time to take a hike into the forest and walk along a rushing stream before heading back to the bus.

This is the best tour I have ever taken and, with my travel history, that is saying a lot. This was the most expensive of the optional excursions I took at over $200, but I felt it was well worth it. This tour is rated “demanding” as total walking or standing time may exceed 3 hours.

The tour took us through Grande-Île, UNESCO World Heritage Site in Strasbourg, France. This charming historic district is filled with darling small shops, restaurants, and food merchants. It seemed like every type of food had its own small shop. We went to a bakery for eclairs, a shop for cheese, and even one for gingerbread.

Our guide Steve is certified by the French Government and had to pass both a written and oral test. This certification is required to give tours of French monuments and museums. Steve was so personable and knowledgeable about the culinary traditions of the Alsace region. This made all the difference when spending 7 hours with someone.

In addition to stops for food sampling, the tour included a stop at a Winstube where we enjoyed a wine tasting of Alsace wines and nibbled on local cheese and charcuterie. We also learned about and ate Flamkuchen, a local Alsace specialty. Similar to a pizza with a thin crust, we tried a savory one with onion and bacon lardons, and a sweet one with apples then flambeed with calvados liquor. Very impressive.

We also toured the Strasbourg Cathedral, timing it perfectly to watch the astronomical clock in action, before heading back to the ship.

I am a big foodie, so any excursion that involves a farm-to-table experience is one I will always sign up for. The ship made a brief stop in Gorinchem, the Netherlands, for guests leaving on this excursion. Alas, we just walked from the ship along the historic city walls to our bus because this was such a darling small town and so picturesque that I wished we had time to explore it.

The bus took us to a farm in Streefkerk to see the Booij kaasmakers (cheese makers) and learn how raw milk cheeses are made. The Booij family has made cheese for over 350 years and the craftsmanship and experience shows in their superior cheeses. After tasting the cheese, I think our whole group purchased some to bring home; it was that good.

We then boarded the buses and headed to the Kinderdijk Windmills to take a tour and link back up with the ship. A nice surprise was greeted by our program director, who took all our cheese for us so we didn’t have to carry it around while exploring the windmills. I enjoyed my afternoon in this bucolic setting. The historic windmills provided a perfect backdrop to the canals with a variety of waterfowl swimming about.

Here are some of the fabulous excursions Missy enjoyed on our Viking Rhine River Cruise.

This was the first taste of the adorable villages you dream about when planning a Rhine River Cruise. We took a bus to the village and then were on our way. It was the end of the Easter break in Europe and several Easter Markets, think Christmas Markets but with a spring feel, were still set up — a real treat!

Colmar is just so picturesque. It’s like being dropped into a storybook. Our guide excellently engaged us with stories from centuries of history, unique architecture, and other small details I would have been sure to miss had I been exploring on my own. The stroll was lovely and at an easy pace. The only problem was, you want to stop and linger at the cafes and shops!

That’s where the QuietVox audio receiver Peggy mentioned above really pays off. It’s in every room on a Viking River Cruise and allows you to linger at the store windows to take a look, but still listen in as the group moves ahead. We did have about 45 minutes to explore at the end of the tour. This was plenty of time to pick up a few goodies.

Viking offered an included walking tour of Cologne during our stop. Many on board took part and really enjoyed it. However, if you like a smaller group setting, want to work off a few calories from all the delicious food, and of course, enjoy riding a bike, this is the perfect tour for you.

We met our lovely guide just off the ship and we were off. We biked across the Rhine River with several stops along the way to hear about the history and take pictures, including outside of the cathedral and the store where eau de cologne was invented. Our guide, a trained opera singer, even shared her talents with us at one stop. While that can’t be guaranteed on every Cologne bicycle tour, it was magical. The tour also included a stop to relax and grab a coffee or tea, which was included. Then, we made our way along the Rhine for several miles before heading back to the ship.

This tour allowed our group to see a lot of the city in less time, and with just six of us taking part, created great opportunities for getting to know one another, even while biking along the Rhine. We became fast friends and it made the entire experience so much more enjoyable.

I hadn’t ridden a bike for years before joining this tour and while riding through a major city was daunting, and I felt a bit rusty at the beginning, it was a great experience and the guide was very patient. Finally, the team behind the guide is prepared should any issues arise. We had one member of our party blow a tire and they met us within minutes.

This excursion was a ton of fun. We learned a little and laughed a lot! If you like beer and want to try authentic German fare, which was delicious, this is a great experience. The only problem was that it had to end, but guests on the ship were dancing the night away when we returned and you only need to know one thing: there was a conga line which always signals a great time.

Pro Tip: I ended up wearing my comfortable, exercise-type clothes much more than I thought I would on this trip. There’s no need to overpack, but just don’t forget to pack a few things you would normally wear when out for a good walk or bike ride.

Viking really puts you in the middle of the action on this stop. The windmills are basically across the road from the ship just begging you to come visit. Viking offered a walking, barge, and bicycle tour of the windmills. After having such a great time on the Cologne bicycle tour, I decided to join this one as well.

What made this unique was being able to really see the windmills from various perspectives, as well as riding along the village that adjoins them, which wasn’t accessible on the walking or barge tours. I will say, our guide was just okay. He wasn’t very engaging, nice enough, but the competition was stiff with the many other fabulous guides we experienced throughout the week.

What We Both Loved

Finally, I agree with Peggy that the Flavors of Alsace was amazing and would highly recommend it. We had an excellent guide and a really great group of people from the ship on the tour, which made it even more enjoyable. We even had time to ride the double-decker carousel — a first! I also loved the included Black Forest excursion. The drive up was a bit windy, in case tight turns on a bus can make you woozy.

I made a point of chatting with the guests, learning which excursions they were going to experience and following up to see what they thought. A few that stood out were: the Black Forest E-bike tour, Mercedes-Benz Factory visit, Wine tasting and Dinner at Eberbach Monastery, and Moselle Wine Tasting.

Castles Of The Middle Rhine

While not an excursion, seeing 21 castles in just a few hours is what draws guests to this cruise. The sailing through the Middle Rhine is an unforgettable experience. The crew shares details of each castle over the ship’s intercom while you are able to just excitedly watch each go by. I feel the top deck (check actual name) is the best place for this, but it can really be enjoyed from anywhere, which is pretty special.

Pro Tip: After booking your Viking Cruise, make sure to read 5 Important Things To Do To Prepare For Your Viking Cruise. There are detailed tips on how to research shore excursions and when to book. 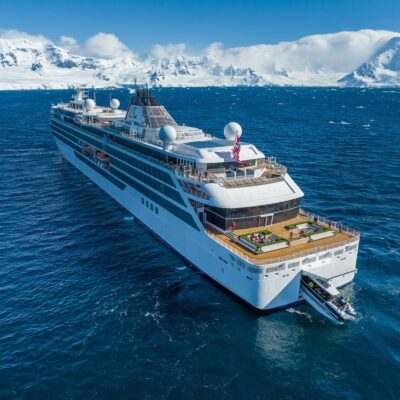 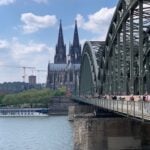 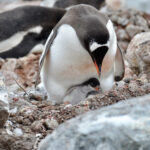