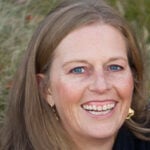 Killarney, Ireland, is one of those magical destinations that offers stunning scenery, a stellar food scene, and outdoor adventures in spades. Located in southwestern Ireland, the town is easy to reach as a day trip from Dublin, but it deserves a few days at the minimum.

Killarney is home to Killarney National Park, which offers over 25,000 acres to explore and is the perfect home base for experiencing the Ring of Kerry, a bucket list-worthy route around Ireland’s Iveragh Peninsula, but there are other experiences that equally deserve a visit.

1. Hike The Gap Of Dunloe

The Gap of Dunloe has some of the most beautiful hiking in Killarney. It is a mountain pass that was created by glaciers thousands of years ago, forming a gorge with lakes and a river. Wild sheep meander along the path, and there are even abandoned houses to explore. Today it’s a popular day hike for both locals and tourists who tackle the 7-mile trail as it winds through the mountains.

The Gap of Dunloe is fairly straightforward. Hiking begins at Kate Kearney’s Cottage and follows a paved trail between the mountain ranges until the trail ends at Lord Brandon’s Cottage. From here, you can turn around and return to the starting point (making it a 14-mile hike), or take a boat ride to Ross Castle (where you can grab a taxi or walk to town).

We booked a tour with Gap of Dunloe Traditional Boat Tours that included transportation to Kate Kearney’s and a boat ride from Lord Brandon’s to Ross Castle.

Pro Tips: It is possible to drive the Gap of Dunloe, just know it is a fairly narrow road and it’s best to drive early in the morning before cyclists and hikers begin their journeys. Another option is to flag down a jaunting car (that is, horse and buggy) at Kate Kearney’s Cottage for a ride through the Gap. Payment is cash only, so be sure to bring some along if you plan to ride.

And Take A Boat Ride To An Abandoned Island

Ross Castle was built in the 15th century by an Irish Chieftain named O’Donoghue Mór and was the last castle to fall to Cromwell’s forces as they stormed across Ireland in the mid-17th century. Today it occupies an impressive location in Killarney National Park, overlooking Lough Leane and abandoned Innisfallen Island.

The castle is not very large, but those interested in exploring via a one-hour guided tour can pay roughly $5 USD to see the interior and learn about its history. There are some steep steps to climb, which might be an issue, but there are wheelchair-accessible paths around the outside of the castle.

Afterward, walk to the lakefront and wave down one of the waiting skippers to take you for a ride to Innisfallen Island. The island was home to Innisfallen Abbey, which dates back to the sixth century. Today it is left in ruins, but visitors can enjoy a peaceful walk through the site before heading back by boat.

If you have never ridden an electric bicycle (e-bike), you’re in for a treat. O’Sullivan Cycles has several locations throughout town, and we picked up e-bikes at Muckross Road since it has easy access to Killarney National Park. Helmets were provided, along with a brief instruction before we set off to explore.

We rode on sidewalks for a couple of blocks before reaching the dedicated bike lanes that led to the park entrance. Within the park, there are very wide cycling trails that wind past Muckross Abbey, Muckross House, and the lake. You can even ride to Torc Waterfall if you’re up for an adventure (about a 30-minute ride from the rental shop).

The best thing about e-bikes is the ability to control their speed. Riders pedal as much or as little as they want. This is great, especially when going uphill (which is minimal on these trails).

Pro Tip: We recommend packing some snacks and drinks and stopping at one of the viewpoints while exploring the park.

4. Learn About Falconry With A Local

Those who love birds, or just want to learn more about falconry in general, shouldn’t miss an opportunity to visit Killarney Falconry. Visitors can enjoy a leisurely hawk walk where they learn about the local birds of prey and see them in action. The highlight of the visit will surely be feeding and holding the hawks (and the owls)!

5. Go Back In Time At Muckross House And Gardens

One of the highlights of Killarney National Park (and the Ring of Kerry) is Muckross House, a 19th-century estate that was made famous by a visit from Queen Victoria in 1861. Today visitors can take a self-guided tour of the home and its gardens in just under an hour. There are some accessibility issues within the manor house, but there is a wheelchair available to use. The rest of the grounds are easy to navigate by foot, bicycle, or carriage.

After a tour of the house and gardens, head to Muckross Traditional Farms (a 5-minute walk across the car park) where costumed characters show visitors what farm life was like in the 1930s and 1940s. There are several demonstrations throughout the day, including butter making and a blacksmith showing off his skills. Animal lovers can visit the petting zoo with baby sheep and cows.

Pro Tip: There is a cafeteria on site, so plan on spending a few hours here that will include a meal in the gardens.

6. Sample The Local Beverages (And We Don’t Mean Beer)

Ireland is known for its whiskey, but did you know there are over 40 distilleries in Ireland? Why not sample some of the local whiskeys at Celtic Whiskey Bar & Larder in Killarney?

This bar/restaurant has hundreds of whiskeys to choose from and delicious dishes that make the perfect accompaniments. The staff is very experienced and happy to recommend local drinks to sample. There’s even a whiskey shop so you can take your favorite bottle home.

Those who aren’t whiskey lovers will find an impressive offering of local gins, unique cocktails, and beer as well.

7. Find Your Inner Jedi With A Day Trip To Skellig Michael

Star Wars fans won’t want to miss an opportunity to visit Skellig Michael, a filming location for The Force Awakens and The Last Jedi. Although it isn’t easy to reach from Killarney, those who make the effort will certainly be rewarded.

There are two islands off the southwest coast of Ireland known as The Skelligs (Little Skellig and Skellig Michael). It is not possible to explore Little Skellig on foot, but you can take a “landing tour” to Skellig Michael and walk the 600+ steps to the stone huts and monastery of the monks who lived there from the sixth through 13th centuries.

For those with mobility issues, we recommend taking an eco-tour. These tours don’t land on the islands but go around them. It will take about 2.5 hours compared to the 3.5 hours for a landing tour.

Several tour companies operate out of Portmagee (the departure point), but know that these tours can be canceled for weather conditions (which does happen frequently). If this is one of the unique experiences in Killarney you’re looking for, be sure to have a few days of a buffer in case your tour needs to be rescheduled.

Headed to the Green Isle? Also read up on 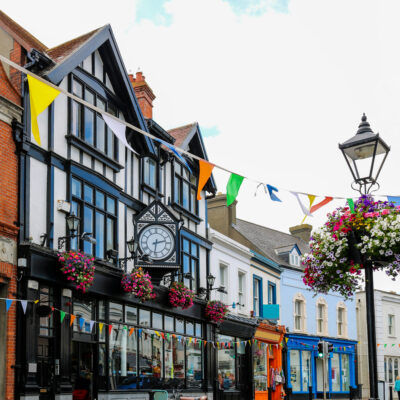 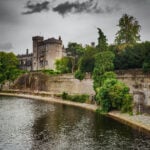 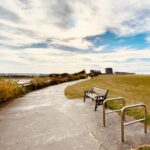