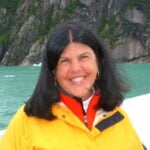 Walt Disney World tops the vacation list for generations of travelers. It’s a magical place where lasting memories are made, and now there’s even more to love. As part of “The World’s Most Magical Celebration,” Walt Disney World is continuing to mark its 50th anniversary with the rollout of exciting new experiences and attractions.

Budgeting time on a Disney vacation can be challenging since there’s always so much to see and do at the Most Magical Place on Earth. Here are nine new things you won’t want to miss on your next trip to Walt Disney World.

Walt Disney World hosted my visit, but all opinions expressed are my own.

1. Guardians Of The Galaxy: Cosmic Rewind

Set in EPCOT’s first “other-world” pavilion, called the Galaxarium, Guardians of the Galaxy: Cosmic Rewind begins with an incredible pre-show experience filled with Guardians of the Galaxy characters, elaborate storytelling, and a virtual journey to a Nova Corps ship. Then, it’s “save the galaxy” time on this immersive omnicoaster ride featuring Disney’s first-ever reverse-launch, roomy Starjumper vehicles that rotate 360 degrees, and a fantastic soundtrack that changes with each ride and alters the feel of the entire experience. “September” and “Conga” had me dancing the whole time.

This family-friendly coaster has a 42-inch minimum height requirement. Riding Guardians of the Galaxy: Cosmic Rewind feels like surfing through space and time, and the experience is exhilarating. It was so much fun that I wanted to do it again and again.

Pro Tip: On Guardians of the Galaxy: Cosmic Rewind, seating choice affects the overall experience. After riding the attraction numerous times in various locations, my personal favorite is the front seat’s smooth glide. The back seat provides maximum thrills. Dark indoor coasters and reverse-launch rides can be disorienting for some people. I didn’t experience any motion sickness, even on back-to-back rides.

Vacationers can enjoy an out-of-this-world culinary experience at Space 220 Restaurant, a popular dining venue in EPCOT’s expanded Mission: SPACE pavilion. At this memorable dining attraction, the immersive experience is mind-blowing and the space-themed atmosphere is the star of the show.

After checking in at the Departure Lounge and receiving a boarding pass, guests board a “space elevator” and blast off on a simulated scenic journey to the Centauri Space Station. Upon arrival, they can enjoy lunch or dinner while taking in panoramic views of the space station, astronauts, planets, satellites, and stars. While the meal is on the expensive side, the unique interstellar experience and virtual day and evening views of our planet from 220 miles above the Earth are phenomenal.

Pro Tip: Space 220 reservations sell out quickly, so make bookings as soon as possible. If you can’t obtain a reservation, check the restaurant early to see if you can join a walk-up waiting line for the Space 220 lounge. It’s part of the main dining area, so you can still enjoy the incredible views.

“Disney Enchantment” at Magic Kingdom Park is designed to inspire viewers to believe in the magic and power that lives within them. The show features a stunning display of fireworks, Disney music, colorful enhanced lighting, state-of-the-art projection effects, and characters from Disney and Pixar films.

Taking place at EPCOT’s World Showcase Lagoon, “Harmonious” is one of the biggest nighttime shows ever created for a Disney theme park. “Harmonious” celebrates how Disney music and stories can inspire people around the globe. The show features Disney songs performed by a culturally diverse group of worldwide artists, fireworks, giant floating screens, lights, lasers, and a wide array of images and stunning special effects.

Pro Tip: It’s wise to stake out your viewing spots early for these popular nighttime events. To watch “Harmonious,” look for places with unobstructed views of the World Showcase Lagoon, including the Showcase Plaza area and near the Mexico and Norway pavilions.

EPCOT is home to a wide variety of favorite restaurants, and now there are new dining spots to try. The light and airy Connections Café and Eatery is conveniently located near popular attractions in EPCOT’s World Celebrations area. The Connections Café is EPCOT’s new Starbucks location, so it’s a great place to stop for a beverage in the morning. The Connections Eatery menu includes lunch and dinner items, kids’ meals, and allergy-friendly options.

Pro Tip: Tables and seating areas at the Connections Café and Eatery have charging stations, making this an excellent place to recharge and relax. Try the popular Liege Waffle if you’re in the mood for dessert.

5. Drawn To Life Presented By Cirque Du Soleil And Disney

This dazzling new show is the first-ever theatrical collaboration between Cirque du Soleil, Walt Disney Imagineering, and Walt Disney Animation Studios. Drawn to Life depicts the story of a young girl who discovers an uncompleted animation bequeathed to her by her late father, a Disney animator. Guided by an amazing pencil, the daughter delves into the world of animation and embarks on an uplifting personal quest filled with Disney memories from her childhood. The show’s beautiful artistry, incredible acrobatic performances, and brilliant choreography kept me spellbound throughout the entire production.

I’ve enjoyed combining Cirque du Soleil shows with dinner in Disney Springs on past visits. This shopping, entertainment, and dining district is home to dozens of fantastic dining options. The performance lasts about 90 minutes, so make dinner reservations with your show time in mind.

Pro Tip: A few children from the audience are selected to go on stage to draw pictures during the Drawn to Life pre-show. If your group includes kids, you may want to purchase seats close to the stage to maximize their chances of being chosen.

Seated in trackless rat-shaped cars that swivel quickly, guests feel like they’ve been shrunk to Remy’s size while zipping under oversized props and scurrying through Gusteau’s restaurant. Riders become immersed in sights, sounds, and special effects from Ratatouille, and the stirring rat race is a fun experience for all ages. This dark indoor attraction features lots of screens, and 3D glasses bring the characters and scenes to life.

Pro Tip: Enjoy all the incredible details and storytelling in this culinary-themed ride through Gusteau’s Paris restaurant. Afterwards, stop in at nearby Les Halles Boulangerie-Patisserie or Crêpes À Emporter by La Crêperie de Paris for an authentic taste of France.

Are you looking for a unique once-in-a-lifetime experience that will take your family’s Disney vacation to a whole new level? Walt Disney World launched its much-awaited Star Wars: Galactic Starcruiser experience at Disney’s Hollywood Studios earlier this year. During this memorable two-night adventure aboard the Halcyon starcruiser, guests can immerse themselves in their own unique Star Wars story and live out their intergalactic dreams in a highly interactive way.

Guests engage with characters, crew, other passengers, and even droids throughout their Galactic Starcruiser journey. Some highlights include lightsaber training, memorable live theater, role-playing interactions with Star Wars characters, galactic-themed dining and entertainment, and bridge navigation training. Storylines and gameplay missions come to life via the Star Wars: Datapad inside the Play Disney Parks app. Guests’ individual decisions profoundly affect how their personalized experience unfolds, so no two “voyages” are the same.

With cruise-like inclusive rates of $5,999 for four in a cabin, this immersive experience is probably best-suited for avid Star Wars fans and families with older Star Wars-loving children and teens. Some Galactic Starcruiser activities have minimum age requirements, such as 7 years and older for lightsaber training.

Disney KiteTails is another colorful new attraction taking place on and over the Discovery River Lagoon. The short show features massive kites and character props from beloved Disney movies like The Lion King and The Jungle Book.

Pro Tip: Disney KiteTails was modified recently, and the show is performed on an unscheduled basis during the daytime. For the best chances of seeing the outdoor show, take a break near the Discovery River Lagoon and keep an eye on weather forecasts throughout the day.

EPCOT And Throughout Walt Disney World

More new additions and innovations are on the way at Walt Disney World. One of the most anticipated is EPCOT’s Journey of Water, Inspired by Moana — the first Disney Parks experience based on Disney’s popular Moana movie. This walk-through attraction in EPCOT’s World Nature neighborhood is designed to encourage Disney guests to meet and play with water in a fun way while learning how to protect our world’s natural water resources. Another new area coming to EPCOT, the CommuniCore Hall and Plaza, will provide beautiful settings for the theme park’s popular festivals and musical performances.

Pro Tip: Disney’s new MagicBand+ will be launched during the next few months, so keep an eye on the Walt Disney World site and shopDisney for updates. In the meantime, you can use Disney MagicMobile or an old MagicBand to access some convenient features, including theme park and guest room entry.

Before heading off to Walt Disney World, download the free MyDisneyExperience app well in advance and get comfortable with its features. The app will help you to keep track of plans, make reservations, and get current wait times for theme park attractions so you can pack lots of Disney magic into your next trip.

For more information on Disney theme parks, check out these stories: 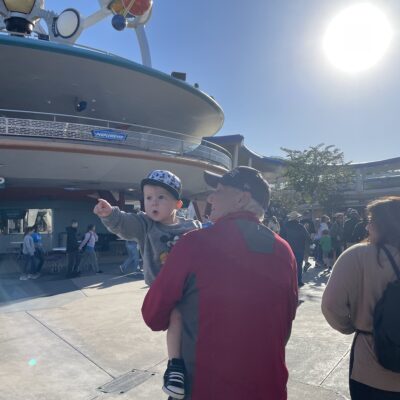 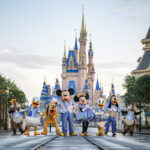 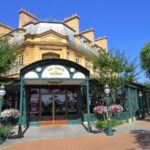 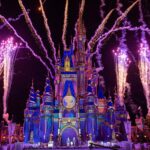