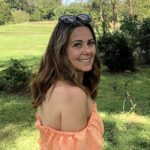 The National Oceanic and Atmospheric Administration, NOAA, announced its predictions for this year’s hurricane season, and it is expected to be a busy one. The season officially starts June 1 and ends November 30. NOAA is predicting a 65 percent chance of an active season. Two main factors are driving this above-average season for the seventh year in a row.

It means “little girl” in Spanish, but La Nina is anything but sweet and innocent. This weather pattern brings cooler than normal water temperatures to the Pacific Ocean. During La Nina, the environment becomes suitable for storms, including hurricanes, to develop and intensify.

New hurricane research will help determine the intensity of these storms for the 2022 season. At the peak of the season, NOAA’s Atlantic Oceanographic and Meteorological Lab along with Pacific Marine Environmental Lab will use five Saildrone uncrewed surface vehicles and uncrewed ocean gliders, small aircraft drone systems, and NOAA Hurricane Hunter aircraft.

These tools will be able to measure the ocean, atmosphere, and areas where the two meet. This is the first time NOAA has used all of them in conjunction.

“Early preparation and understanding your risk is key to being hurricane resilient and climate-ready,” said Secretary of Commerce Gina M. Raimondo in the NOAA 2022 hurricane season announcement. “Throughout the hurricane season, NOAA experts will work around the clock to provide early and accurate forecasts and warnings that communities in the path of storms can depend on to stay informed.”

Another major player in this year’s hurricane season is the warm Atlantic Ocean. As storms move over warm oceans, they pull in more water vapor and heat. This equates to stronger winds, heavier rainfalls, and more flooding once the storm makes landfall. NOAA is also experimenting with extending the Excessive Rainfall Outlook (ERO) from three to five days. This provides people living in the path of storms more leeway if there is rainfall-related flash flooding.

Interestingly, NOAA is not responsible for naming the storms. The World Meteorological Organization (WMO) developed a system for naming them. WMO uses a list of male and female names on a six-year rotation. However, if a storm is deadly or very costly, the name could be retired. If we have a season with more than 21-named hurricanes or tropical storms, a supplemental list of names are used.

This forecast is for seasonal activity, not necessarily how many hurricanes will make landfall. NOAA will update these predictions right before peak hurricane season in early August.

Fascinated by the weather? Also consider