One of the most visited and photographed sights in the southern provinces of Spain, mostly Cadiz and Malaga, is a series of whitewashed towns and larger villages. Some are rather precariously glued to steep mountainsides, but all are distinguished by their white walls, often blue or green painted window frames and doors, red or brown tiled roofs, an abundance of balconies brimming with flower pots, steep and narrow alleys, and small town squares dominated by a church or town hall.

These spectacular towns and villages stand before the dramatic backdrop of the mountains of the Sierra de Grazalema in the Sierra Nevada, and the foothills of Las Alpujarras. It’s not just the brilliant white houses, though. Some of the towns, like Arcos de La Frontera, have been made a national monument since 1960. Many historic buildings, like the fortress, have become poster children of the charms of Andalusia — like Frigilania — a shot of which you can see on just about any poster promoting Spain. The village has won many awards because of its beauty.

I have visited some 20 of the multitude of pueblos blancos, or “white villages,” as they are called in Spanish and selected those with remarkable features. Nearly all of them have reminders of Spain’s Moorish past and it’s a joy to wander the narrow streets, to discover unexpected historic and modern treasures, local art, and, last but not least, little cafés and restaurants. These eateries are where you can sample the famous tapas and a glass or two of the local wines, sitting outdoors under umbrellas in the mild southern climate.

Frigiliana is located some 31 miles inland from Malaga and Andalusia’s famous Costa del Sol. The town is divided into a more modern lower part and the Moorish upper part. Just wander around but be aware that the streets are very steep and also feature many steps. Admire a Renaissance palace, El Torreon, which is an old granary in the upper part. Let the ceramic plaques in the old part of town that tell the history of the Moorish part guide you along the way. Walk along the quiet river and, if you like, hike in the surrounding Sierra de Tejeda Nature Park. For those who want to have a good overview but do not fancy the steep climbs, there is a colorful little tourist train that takes you around. Frigiliana’s archaeological museum provides insight into the history of the town and is well worth the stop. The same goes for the many art and craft shops that offer colorful ceramics, from plates and mugs to frogs and geckos; the live ones run happily around the cafés. There are also the remains of a Moorish castle on top, but not much of it is left.

Arcos de la Frontera, easily reached from Jerezde la Frontera or Seville, is located at the opposite end from the pueblos blancos of Malaga and is also one of the most dramatic white villages in Spain. Perched on the edge of a cliff and overlooking the Guadalete River, the town is criss-crossed by very narrow and steep cobbled streets, so a visit is not suitable for anyone who is wheelchair bound or has a disability. There are many viewpoints and a highlight is the Gothic church in the central Plaza Cabildo. Another highlight is the town hall and the 11th-century Castillo Ducal, but it’s not open to the public; you can’t get any further than the front door. If you are looking for an extraordinary thing to do, find the convent of la mercedarias and see if the front door is open. If it is, you can enter, ring a bell, and go into a small room where, behind a window, the nuns are selling sweets and pastries made by the nuns themselves (cash only). Avoid visiting Arcos other than in the early morning or evening, the heat can be terrific.

Nerja is located just a few miles from Frigiliana and a larger pueblo blanco. Dubbed by King Alfonso XII the “Balcony of Europe,” this lovely coastal resort with pretty beaches features a huge platform overlooking the Mediterranean, steep cliffs below as well as the rather turbulent sea. On a clear day, you can see the coast of Africa, hence the moniker “Balcony of Europe.” Narrow, romantic streets cross the old town lined with white-washed houses and many beautiful arts and craft shops. Among them is one that designs nothing but an essential Spanish accessory: fans, all hand painted. You can admire several churches and a huge 19th-century aqueduct that rises five tiers high. The greatest attraction are the nearby caves of Nerja which were discovered by chance when some boys were chasing bats through a crack in the rocks.

The caves are an amazing row of chambers, one of them featuring the world’s largest stalactite. They are themed in accordance with the appearance of the stalagmites and stalactites and easily explored by comfortable walkways and stairs, all well lit. The acoustics are so good that concerts and performances are held in the biggest hall. Make sure to follow the signposts and instructions not to touch anything and not to stray from the designated paths. Wear good shoes and not sandals, the constantly dripping water can make the footpaths slippery in places.

Casares is dramatically perched on the top of a steep cliff from where the white-washed and red-tiled houses tumble down in tiers. It was “discovered” by Julius Caesar who appreciated the healing powers of the sulfurous and alkaline waters to treat skin diseases. He ordered the construction of the village including a villa for himself that is today one of the most important historical monuments of Casares. The village is located 65 miles southwest of Malaga, or approximately 1.5 hours by car on the AP7, exiting at Manilva.

There are several monuments and ruins of the Moorish past in Andalusia to be seen in Casares. Among them is the Castillo Hisa on top of the mountain, original Arabic doors along Arrabel Street, and a small museum — Museo Ethno Cultural — with exhibits of rural life of the past and some Roman artifacts and jewelry. The museum is open to visitors on Mondays and Sundays.

There are plenty of good restaurants in and around Casares to enjoy typical Andalusian food and wines.

Ubrique is located a few miles farther north of Casares, which means you can easily combine the two on a day trip from Malaga. Or else, if you are interested in hikes and walks in nature, you can approach Ubrique from Cadiz as it is located between the fabulous nature parks of Sierra de Grazalema and Los Carnales. These areas are full of wildlife such as eagles, vultures, mountain goats, and wild boar. But, you will be lucky if you actually see them.

Ubrique is counted among the white villages but it may not be the most photogenic one, because it is a working town. That fact, however, makes it well worth a visit because Ubrique’s claim to fame is leather. Leather production and tanning has been vital in the town since before Roman times. Later Italian immigrants refined the production and today, leather from Ubrique is used by such world famous designers like Gucci and others. You can see the houses of the leather workers through the centuries and a very interesting leather museum, that explains the history of the industry, is located in the pretty white Convento de Capuchino — located at the foot of the medieval part of town. Grouped around a courtyard you will find stunning panels of embossed leather, presses, and cutting machines used since the 19th century. On the top floor, you see hundreds of products made from Ubrique leather. However, the entire process is shrouded in heavily guarded secrecy, that’s why you will not see a single word of explanation in any language.

Located in the province of Cadiz approximately 15 miles from Arcos de la Frontera, you come upon another white village, Algar, that faces the extensive Guadalcacín Reservoir. The village is a maze of narrow cobbled streets leading past white-washed houses up many rather steep steps. You’ll find pretty arts and crafts shops selling clothes and such local products like cheese, honey, rabbit, and pheasant pates.

The popular coastal resort of Mijas Costa is located approximately 40 minutes from Malaga. Mijas is divided into two parts: Mijas Costa and, at a distance of 15 miles inland and up a very winding mountain road, the white village of Mijas Pueblo. You will love exploring this charming village with white houses, an abundance of flower pots, little squares in the shade to rest for a drink, and the many interesting galleries and arts shops. This village has attracted many painters and sculptors who have made it their home atelier. In the past, Mijas was known for allowing people to get around on the backs of mules, there was actually mule parking next to the tourist office. Animal protectors, however, have seen to it that this type of transportation has been replaced by either guided walking tours or electric tuk tuks.

Mijas also features a handful of museums, the most interesting being the Casa Museo Municipal, an ethnological museum that shows, among many other things, wine presses and explains the process of wine making.

When visiting Mijas, especially in the summer, don’t forget sunscreen and a hat, the sun up in the mountains is fierce.

Check out the rest of our Spain coverage: 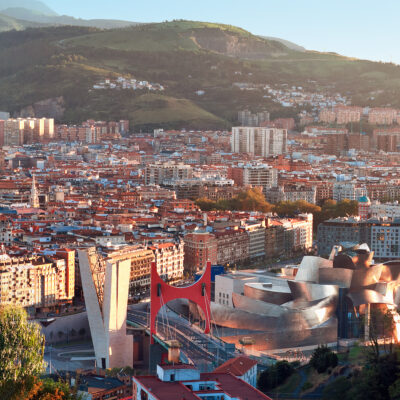 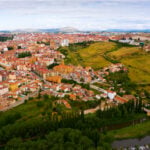