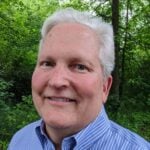 ​​Why do towns in Northeast Ohio keep appearing on lists of favorite retirement destinations?

Livability. The region offers an affordable retirement without having to do without.

Northeast Ohio ticks the boxes for several key factors for an ideal retirement location: low crime, low cost of living, no traffic jams, good healthcare, and plenty of things to do to keep you active and social.

If these items are important to your search for a town for retirement, it’s time to take a good look at Northeast Ohio. After living and working in eight states over my career, I’ve been retired in the area for 6 years. While I was somewhat skeptical about moving here, my skepticism has given me a balanced outlook as to the pros and cons of living in the area. While no retirement destination is without compromise, the area’s strengths definitely outweigh its weaknesses.

You may never have heard of the towns on this list — and that’s not a bad thing. Being off the radar has kept them affordable.

And although these are indeed small towns, they’re close to the major cities of Cleveland and Pittsburgh, with international airports, world-class museums and cultural events, and some of the best medical care on the planet.

Columbiana is the essential Northeast Ohio rural experience. It’s perfect for escaping the hustle and bustle of big cities without sacrificing amenities.

The town is surrounded by farms. If you’re out for a Sunday drive, you’re going to encounter an occasional Amish buggy on the roads. If you’re going grocery shopping, you’ve got a choice of the supermarket or the farmers market, buying meat at the meat department or at the farm where it was raised.

While Columbiana was settled in 1802, it was only incorporated as a city in 2000. It is the historic hometown of Harvey Firestone, who founded his tire company in Akron, Ohio.

Columbiana became home of the Firestone test track, and the Firestone name is prominent in the area’s current growth. The area is growing due in large part to aggressive measures by the county — such as waiving property taxes for 15 years on new home construction.

Firestone Farms is the predominant new housing development. In a region of lackluster housing growth, the tax incentives have created a small boomtown. The neighborhood has new restaurants, shopping, golf, and a community venue with outdoor concerts, movie nights, and festivals.

Everything is nearby on a small-town scale. There’s an urgent care, supermarket, shopping, car care, health care — the works.

If you’re looking for big-city amenities, no to worry. There’s a major hospital just 20 minutes to the north, in Boardman. There’s also a YMCA in Boardman, with a full menu of programs and classes to keep you busy year round. Boardman is a suburb of Youngstown and has the usual suburban amenities of big box and chain stores.

Should you want to visit a major city, say, to catch an NFL game or a flight at an international airport, Pittsburgh is less than an hour away.

But if winding down to a more relaxed pace of life is your goal, you’ll learn to appreciate high school sports, or maybe a college game at Youngstown State.

Northeast Ohio is a place that celebrates hobbies and pastimes. Due to the history of the automotive industry in the region (tires in Akron, Chevrolet in Lordstown), vintage car hobbyist shows and museums are everywhere. While you may have not seen a model train layout in a while, local clubs have buildings full of them. Quilting is popular, as are arts and crafts.

Salem is an even more affordable alternative to Columbiana. It’s not that Columbiana’s prices are high by any means, it’s just that its growth means a head-to-head price comparison currently favors Salem.

Salem is a bit more developed than Columbiana, and a bit more self-contained. It has a regional hospital, a community center, a supermarket, a Walmart, and Home Depot.

(If you’re curious how these small towns support doctors and dentists, they will maintain offices in several towns and rotate between them depending on days of the week).

Historic homes in the downtown area are absolutely charming and well maintained. If you’re looking for a bit more space, homes on the outskirts of town are your best bet. You can even find a home with your own pond for fishing.

Speaking of fishing and other water-related pastimes, Northeast Ohio has lakes — a lot of them — that are great places for boating, fishing, and family gatherings. Lakeside homes are relatively affordable in places like Lake Milton and Lake Tomahawk, but you do pay a bit of a premium for being lakeside.

If you’re looking for an area that’s a bit less rural than Columbiana or Salem, but still has a small-town feel to it, consider Canfield.

Canfield offers a variety of housing options, from rural to suburban, but, like the other towns I’m about to mention, is at the fringe of the suburbs around Youngstown.

For retirees who may want smaller homes, Canfield has a larger number of condos and ranch homes, and if you’re in the center of town, it’s is a bit more walkable, and there’s freeway access as well.

There are some relatively upscale neighborhoods in Canfield. Your small house in California will translate into a very good sized home with land in Canfield — perfect when family and friends come to visit.

Canfield itself is largely without major shopping facilities, and by design. There are small businesses and a sprinkling of larger companies, but don’t expect big box stores. You’ll have to go just a few minutes north, to Austintown, or head a few minutes east on State Highway 224. It runs through Canfield and connects it with two other towns to the east that are also worth considering, Boardman and Poland.

Boardman is a bit more suburban than Canfield with a bit less of the rural charm of the towns I’ve previously mentioned, but more amenities. If you’re looking to escape the big city but don’t want to feel like you’re in the country, Boardman is the place to start your search. The northern part of town isn’t that impressive, as it’s still in decline from Youngstown’s better days. But the southern part of town is filled with well-maintained neighborhoods.

Boardman is a town with more amenities than the others on this list, and perhaps a bit less charm. Of the towns on this list, it’s the one that offers the most when it comes to shopping, restaurants, hospitals, and recreation

If being conveniently located to lots of amenities important in your retirement, Boardman is the place for you.

Further east from Boardman on State Highway 224 is Poland, Ohio. One of the older towns in the area, it has some extremely well maintained older homes that are wonderfully charming. It is across Interstate 680 from Boardman and is very similar, but with a bit of a difference in some areas; Poland’s a bit more upscale, a bit more historic, and a bit more rural on its outskirts than Boardman.

Each town I’ve mentioned maintains its own park. One of the best is Boardman’s — it’s right next to neighborhoods, and is well forested with all kinds of wildlife, including abundant deer. You can go from neighborhood streets to forested trails in just a few steps.

The best park in the area is the Mill Creek MetroParks complex. Originally established in Youngstown, the park has acquired numerous parcels of land, including rails-to-trails, and offers hiking, biking, bird watching, picnicking, and sites to host events and family gatherings.

State parks in the area offer hiking trails adjacent to lakes and rivers.

On the downside, two things need to be mentioned if you’re considering the area. First is nearby Youngstown, the city to the north that is still in search of revival.

Youngstown is collateral damage from the death of the steel industry in the 1970s. It’s never returned from its heyday. Many downtown municipal buildings and churches, created when the city was thriving, are absolutely magnificent. The university is thriving, and its surroundings are doing quite well.

Other areas of Youngstown aren’t thriving at all. The city removes dozens of abandoned and collapsing homes each year, and government funding doesn’t cover the costs of maintaining the infrastructure. There are many places in Youngstown well worth visiting, and many that don’t make a good first impression at all.

Youngstown isn’t a dealbreaker by any means, but you should be aware of its half-century of hardship, as it’s a significant component in the history of the region.

Finally, let’s talk about winter. If you want a retirement destination that features a snow-free winter, this isn’t it. A few inches of snow on the ground through winter is common. If you go north of the towns I mentioned, the closer you get to Lake Erie, and the more you’ll experience lake effect snows that can be quite serious.

If snow’s not your thing at all, Northeast Ohio still might factor in your retirement. Many people have found that the affordability of the area makes it ideal for splitting the year between Ohio and Florida. Escape Florida heat and hurricane season by spending summer in Ohio, then head south after the leaves fall around Halloween. It’s a surprisingly practical way of making the best of both seasons in two ideal affordable locations.

Americans aren’t beating a path to Northeast Ohio. And for you, that may be a good thing. Take a look off the beaten path.

If you’re looking for livability, affordability, amenities, and access to the best of the big cities — while living in an area of low crime, no crowds, no traffic, and genuinely nice people — Northeast Ohio is certainly worth a serious look. 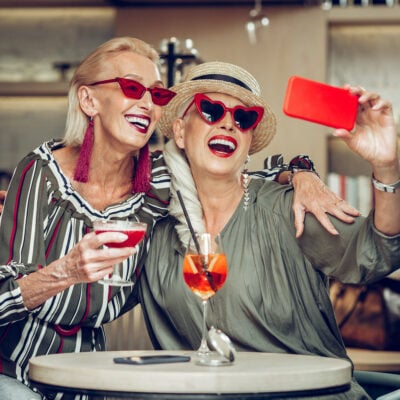 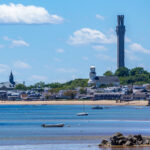 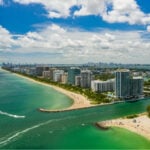