The 14 Best Things I Ate On My Windstar Cruise

To say I was blown away by the quality of ingredients, culinary skills, and food choices on my Windstar cruise would be putting it lightly. I can typically manage not adding to my waistline on most cruises, but this was not the case on the Star Legend. From custom-made breakfasts to James Beard Foundation-guided dinner menu items and well-trained kitchen staff, I treated my taste buds to a sensory overload on this vacation. Here are the best things I ate on my Windstar cruise, either that just tasted fantastic, were atypical from most cruises, or wowed me in some fashion.

Note: I was hosted by Windstar on a familiarization trip to write this and other posts. Opinions and reviews are entirely mine.

I’m a big fan of pâté, and the appetizer portion with multi-grain crackers was a real work of art. The pâté itself, made from ground meats, herbs, spices, and either wine or brandy, was smooth, full-flavored, and was full of umami (the essence of deliciousness for this gal). The pickled onions were an excellent accompaniment.

Many cruisers were not familiar with the spreadable delight and were hooked after trying it. Several of us thought this was the absolute best dish on the weeklong Windstar cruise.

Cuadro 44 is one of the Star Legend specialty dining rooms. The standout for me in this Spanish-themed eatery was the arsenal of tapas from which you can order as much as you want. My husband and I chose the sausages, croquettes, and mouth-watering Ibérico ham slices.

I’m no stranger to one of the finest-cured meats in the world, Ibérico ham, which is a real delicacy. The salty, cured leg of pork from Portugal or Spain is a medley of flavor — you won’t know what hit you.

Fun Fact: The main difference between the rare Jamón Ibérico and Serrano ham is the types of pigs it comes from, and the rest is the expensive price tag. The Ibérico ham pigs are only fed natural food and can roam during their lifespan.

A surprising fact about me is that I like the salad and soup better than any other courses. When a salad combination of some of my favorite ingredients showed up on the menu, I was very excited but curious about how they would work together.

Luckily, Windstar had some well-trained chefs writing the menus for our cruise, so my tomato, watermelon, feta cheese, and red onion salad with a sweet, tangy dressing was fantastic. This is one refreshing dish, and both the watermelon and tomatoes were in season and meaty.

One of Windstar’s specialty restaurants is Candles (included at no additional cost), which is the main breakfast and lunch spot, only jazzed up for dinner with white tablecloths, a romantic vibe, and of course, candles.

While my whole meal was sensational, the dessert really stood out. I had the triple chocolate bar with a torched meringue topping served a scoop of flavored ice cream. Oh my goodness, this was one super-rich but super-pleasing portion. It was the best dessert of my trip, but there were a few close runner-ups.

Having eaten Mario Batali’s pasta Bolognese, which is hard to beat, I tend to shy away from dishes I might be disappointed in. Not to worry: The pastas on Windstar cruises are all sensational. The pasta bolognese is one satisfying dinner, from the al dente pasta to the perfectly made sauces and just the right amount of herbs and cheeses topping them.

At lunch one day, I had already ordered a made-to-order pasta dish when I happened upon the three hot foods to the left of the action station. There stood a lovely skillet of moussaka, a delicate eggplant dish with a sweet, fragrant ground meat mixture.

I love this Mediterranean dish and was so happy when the attendant urged me to have some in addition to my pasta. I should be ashamed to say that I ate them both, but that moussaka was good enough to lick the plate clean.

7. Steak Or Beef In Any Form

As a blogger, I am an expert at taking pictures of menus and food items to reference the things I do, eat, see, etc. However, I was an epic failure at taking pictures of my nightly menus, so all I have to go by are my photographs and memories. So I’m lumping all of my incredible beef dishes into one entry because no matter what cut of steak they were, each was delectable with every bite.

The herb-crusted, possibly tenderloin, was a stand-out. It came with steamed carrots and asparagus spears. A full-bodied sauce provided a bed for the steak to lay on and paired perfectly with the tender meat slices. I seriously wanted to ask for seconds of this dinner.

The second beef dish was thinly sliced and served with a peppercorn gravy sauce, rich and full of good flavor. A cheesy potato dish took this meal to the next level, and the broccoli made me feel like it was a bit healthy. Again, it took everything I had not to ask for seconds of this dish. Windstar’s main dining room has superb cuts of beef, and they are perfectly cooked every time.

In over 50 cruises, I’ve had a goat cheese soufflé on probably a dozen other ships. It is an appetizer I always look forward to, and the one on the Star Legend was equally as impressive. The rich, warm, pungent cheese in a creamy, melt-in-your-mouth form is a starter that makes you feel like you’ve sinned in the worst way possible, but your taste buds are so happy that they immediately talk you down from that pedestal. The soufflé is sublime, for lack of better descriptive words.

The Star Legend’s Yacht Club Cafe is a coffee bar of sorts with a few tasty treats throughout the day. I looked forward to the afternoons with a little plate of goodies from my favorite coffee barista. Once I bit into the house-made granola, which honestly looked like a piece of candied bacon, I could tell from the taste that it was good and healthy, most likely prepared with honey. The crispy crunch and sweet raisins elevated this little nugget into something I looked forward to each day.

The chocolate pot de crème sitting on the table (see the picture) was exceptional, too. If you see one of these in the display case, grab it; they won’t last long.

Some people get excited about a soup or sandwich of the day, but seeing the soufflé on the Star Legend dinner menus called for a celebration. If you’ve never prepared a soufflé, you may not understand the work that goes into making these fantastic little sweets, but I have – and I walked on eggshells the whole time they were baking.

I ate a soufflé on most days of the cruise, as the flavors (like Grand Marinier and chocolate) were always so enticing. I felt like I hit the jackpot with this daily dessert option.

As I mentioned above, the pâté was incredible, so why should it not surprise me that they made a “French” sandwich, available in the Yacht Club Cafe, with pâté as the starring ingredient. I inquired what made it a French sandwich and gobbled one down as soon as Ragam, my server, provided me a description.

Another pasta dish that just might curl your toes is the pistachio pasta. What a clever dish; why have I never seen this on a menu before? The pesto may have been prepared with something other than basil, but whatever it was worked well with the lighter-than-air fresh cheese shreds and crunchy pistachios. Trust me on this one; it was 10/10 delicious.

I was surprised to see so many items on the menu with mushrooms. Of course, I love them and think I ordered every one of them, but mushrooms must be a popular item around the Caribbean. One or two dishes featured mushrooms on the menu each night, and I was always very impressed with the vegetarian creations.

The one pictured here was my favorite. It was a light puff pastry with a mushroom cream sauce ladled over it. The peppers garnish helped offset the richness of the mushroom gravy, which I could have eaten every day. What a genius recipe!

Windstar has a real way with chocolate, and the milk chocolate mousse on a cookie crust with mango and possibly crystallized ginger was so good it should have been illegal. With desserts like this, I can confidently say that in all of my cruises, Windstar is the dessert master of the seas.

For more on Windstar and cruises in general, be sure to check out these articles: 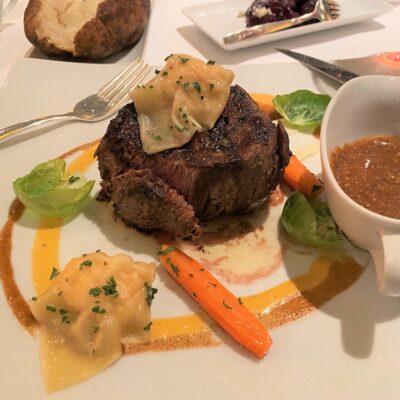 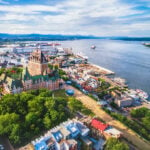 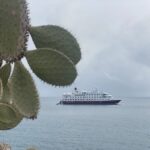 Cruises and SailingI Just Experienced Hurtigruten’s Inaugural Cruise To The Galápagos, Here’s Why I Loved It 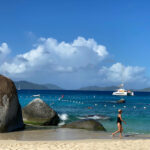