My 7 Favorite Luxurious Restaurants From Around The World

Is there anything more special than being on a magical trip and enjoying a superb meal in a spectacular location? And I am not necessarily talking about all not-easily-affordable Michelin-starred restaurants, because sometimes it is simply the location that makes the meal feel luxurious, or the setting of the restaurant, the overall experience which might be somewhat different to what you have experienced before, but also, of course, the food.

Having lived and traveled around the globe, I have been lucky to celebrate many special occasions in special places, be it birthdays, wedding anniversaries, or simply the occasion of having finally traveled to a place you longed to visit. Here I have collected some of my favorite places where I had memorable meals, and each one is on the list for many different reasons, but all have left me with incredible memories, and I hope that some of these places will inspire you to look them up when you are in that location and maybe celebrate a special evening there. Bon appetit.

It was my 50th birthday, and I was not really feeling the big number. I realize that age is just a number, but this one got to me. So, my best husband ever organized a special surprise dinner and laid the world at my feet. Well, not quite the entire world, but Melbourne, where we lived at the time. Vue de monde, View of the World, is located on the 55th floor of the Rialto Tower in Melbourne’s city center and run by celebrated chef Shannon Bennett. There is no a la carte dining, instead, you have an ever-changing tasting menu with some 12 courses, and, basically, you eat what you are given. But what you are given is so pretty, so well presented, and so well cooked, that it completely blew my mind. Seasonal, local, and utterly inventive, this was probably the best meal I ever had. It certainly made turning 50 into a spectacular occasion.

Pro Tip: There is also the Lui Bar up on the 55th floor and having a pre-dinner drink with the city stretching below you perfectly sets the mood.

I had been wanting to visit Hong Kong since I was a teenager. Having always loved cities, the bigger, the better, and especially cities on the water, I knew I would love Hong Kong, and I was right. Does anyplace get any bigger, busier, higher, and more spectacular than this city? Wanting to celebrate the occasion of me finally making it there, my husband booked us into Nobu. I know, a Japanese restaurant in Hong Kong is silly, right? But on this occasion, it was as much the food as well as the setting: opposite Hong Kong Island, a harbor ferry ride away from our hotel, and facing the skyscrapers of Central, with the skyline twinkling across the water. One other thing I really love about Nobu is that you can treat it pretty much like a tapas restaurant, and eat lots of little dishes, trying your way through the extensive menu, and not eating too much of anything. So we feasted on tempura shrimp, tiny pulled pork buns, equally small lobster tacos, sushi, and sashimi, and all the while, we had Hong Kong sparkling opposite our table. A magical evening in a great setting with superb food. I can’t wait to go again.

Pro Tip: Sadly, Nobu Hong Kong is currently closed because the hotel it was located in is rebranding and undergoing major renovations. I hope it will return to the same magical spot soon.

It was Christmas and we found ourselves in London, one of my favorite cities in the pre-Christmas weeks. It was the first, and only time, that we decided to delay family commitments, and we grabbed our daughter and decided to be selfish. We went to see The Nutcracker at Covent Garden, explored the Christmas markets, fed the ducks in Hyde Park, and went to a restaurant for a Christmas dinner prepared by someone else but us. In this case, it was celebrity chef Gordon Ramsey, in his flagship 3-Michelin-starred restaurant. I was worried that there would be no real Christmas feeling, the food would not be as traditional as we always had, and that sitting in a restaurant on Christmas day would feel odd. And yes, most of that was true. But also, the restaurant was lovely, the waiters as nice as could be, the food simply superb, and the other guests were, like us, waifs and strays who were in a strange city over the holidays and decided to enjoy themselves. It worked and I would do it again.

Pro Tip: To taste some of Gordon Ramsay’s dishes, you can also find plenty of non-starred restaurants dotted around London, allowing you to dine at a fraction of the price.

We had not long moved to Australia, and this was my first visit to Sydney. My mind was blown by the world-famous sights of the iconic opera house and the coat hanger bridge, that stunning natural harbor, and the entire setting, I had also just landed a book deal and was floating on a fluffy cloud. At the time, we had just discovered the cooking show MasterChef Australia and had watched a Sydney-based chef prepare some inspirational food including an amazing dessert. So, we booked ourselves into his restaurant, Quay, literally on the harbor with breathtaking views, to celebrate. It was a restaurant and setting worthy of the occasion, and we even managed to get that dessert we had seen on TV. There are so many superb restaurants in Sydney, but that does not mean I would not go to Quay again, in a heartbeat.

Pro Tip: Start your evening across Circular Quay at the Opera Bar for a pre-dinner drink and then meander around the harbor to the restaurant for a great first-evening in Sydney experience.

Havana, Cuba, will always hold a special place in my heart. The colors, the music, the people, the city, are all just enchanting. My husband and I were traveling with our best friends and walked out at night trying to locate this restaurant which I had seen pictures of on Instagram. After getting a little lost, we finally located it in a dilapidated townhouse, once extremely grand, complete with swerving staircase, angel statue, and an empty ballroom on the second floor, which doubled as a room to dry laundry. We climbed one more floor and found a magical place: La Guarida. It was a beautifully decorated restaurant, with a roof terrace allowing views across the entire city. The pretty table settings and superb food seemed to be at a juxtaposition with the shabby chic of the crumbling building, but that made it all the more special. The food was local fusion, with great seafood, and local — and seasonal — specialties, all presented very prettily, and delicious. I cannot wait to visit again.

Pro Tip: Don’t take a taxi to the restaurant, walk through the crumbling, old residential part of the town, past street musicians, past playing children, get lost, and then find the restaurant. It’s part of the magic.

This is my new favorite, as I have only just discovered it. Inside the fabulous National Museum of Qatar, the one that looks like a desert rose, but with its own entrance, you’ll find Jiwan, meaning “perfect pearl” in Arabic. And everything is themed around pearls, once the mainstay of the country of Qatar. There is a pearl at the bottom of your water glass, the pestle and mortar with which your spices will be ground is a golden pearl in a bowl, and the chandelier inside, looking like a curtain? That is made of four million (four million!) pearl-shaped Swarovski crystals. The food is locally inspired with a twist added by the French celebrity chef, and simply superb. The portions are quite large, though be warned. Oh, and, the restaurant is dry, so no alcohol is served. Instead, enjoy the tamarind mocktail, it is so good.

Pro Tip: Come at lunch and sit outside on the terrace. You have views not just across the museum, but the entire Doha Bay stretching out before you, with the skyline on the horizon

This is a bit of a controversial inclusion in this list because the setting of this restaurant is spectacular, which is why I still call it a favorite. And it certainly is luxurious. But, while I adored the location, and did truly enjoy the food, I did think the price was rather steep for what was delivered. But, first things first: Le Jules Verne is a restaurant located on the second floor of the Eiffel Tower — yes, in the Eiffel Tower —  with its own lift and a setting that is simply unique. So, when our 25th wedding anniversary beckoned, we thought this was exactly the right venue. And it was. When the tower did its sparkling session at the full hour, we sat inside the sparkles and the entire restaurant was sparkling. The sparkling champagne was chilled to perfection and the food was good. But it did not set my world on fire. Would I go again? Yes.

Pro Tip: There is always a cheaper option at lunchtime, but you won’t get to sit inside the Eiffel Tower when it sparkles, and that was worth nearly all the money on its own.

Favorite food and restaurants are such a personal thing, and there are many that TravelAwaits writers have chronicled: 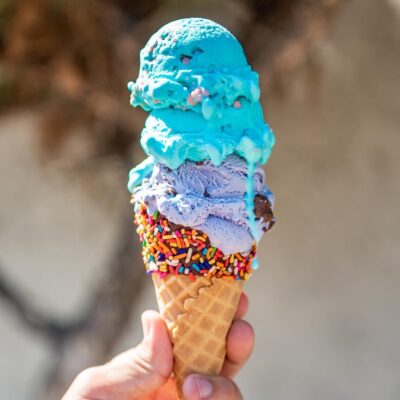 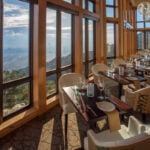 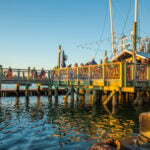 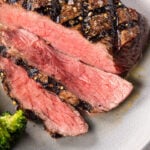