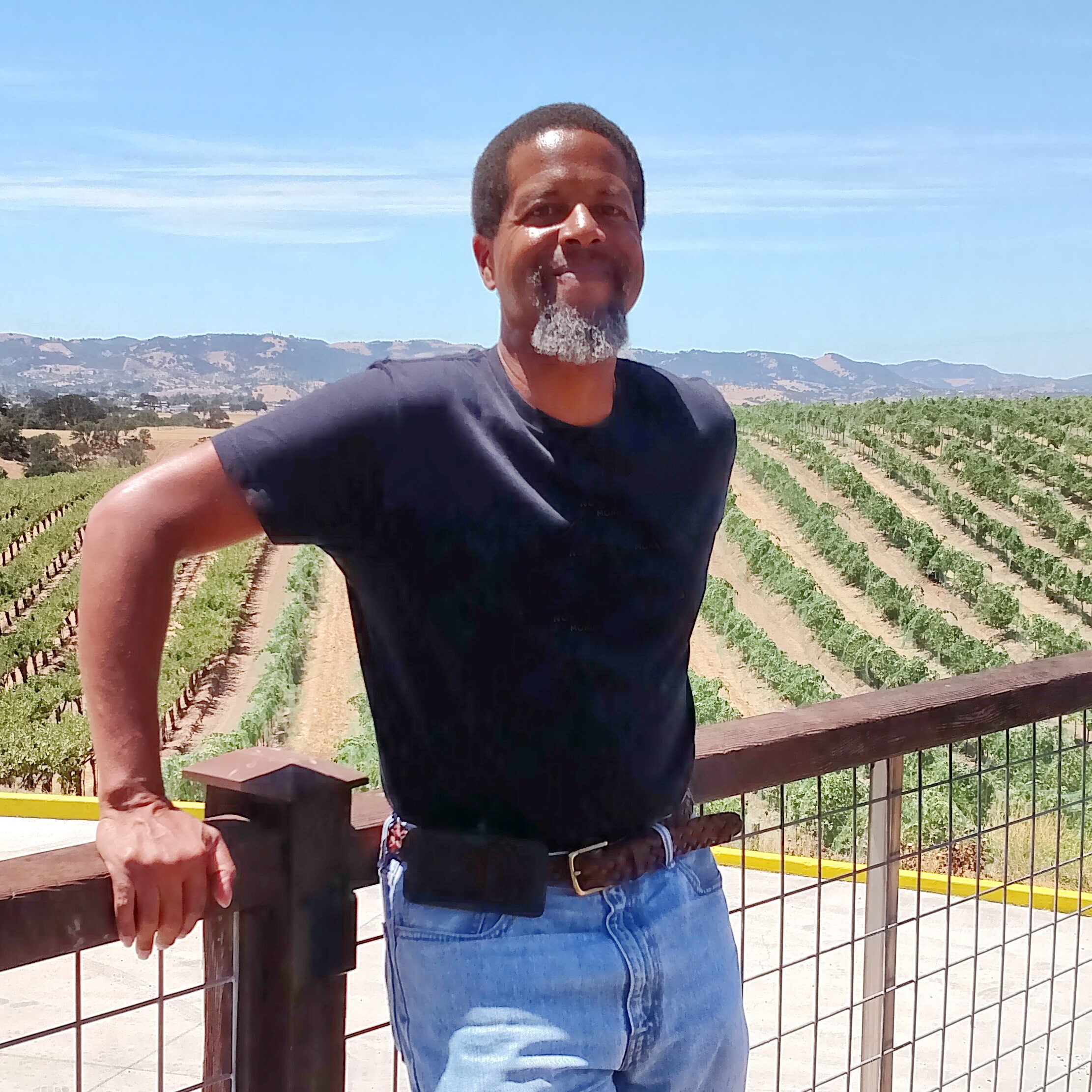 Located in the high desert of Southern California, Lancaster is not exactly known as a mecca for foodies. Yet, that’s exactly where we’re headed. If you know where to look, you’ll find several nice spots to dine. With that said, and in no particular order, here are 14 unique restaurants to try in Lancaster, California.

A several-block section of a revitalized downtown Lancaster, known as The BLVD, has become a destination unto itself. In addition to the shops and museums, a number of restaurants have found a home on The BLVD. Our first five restaurants can be found on The BLVD.

It is said breakfast is the most important meal of the day. Katz N’ Jammers is a great place to have that meal. This 50’s-style café has been in downtown Lancaster for 50 years. In case you’re wondering, yes, the restaurant is named after the cartoon.

Walk inside and you’re transported back into the 1950s. The collectible 33 1/3 and 45 rpm records and 50s icons decorate the walls, a working jukebox commands your attention near the back and a steady diet of music from the greats of the era play over the speakers. Homestyle fare features classic breakfast items, burgers, and ice cream sundaes. Open for breakfast and lunch only.

“A modern take on an ancient taste” is how The Modern Tea Room describes itself. By “modern,” it means items like vanilla Texas tea, tea-infused Pop-Tarts, trail mix pancakes, and raw walnut tacos. The eatery specializes in loose-leaf teas and healthy cuisine. Vegetarian, vegan, not-so-vegan, and fresh bakery items can be found on the menu.

Every so often, the chef will change the menu. The restaurant also features an in-house art gallery that rotates every 6 weeks or so. If you like its teas, you can order them to enjoy at home. Closed Mondays.

Olives Mediterranean Café has been on The BLVD for 8 years now. The restaurant is known for its healthy food. The menu features Armenian, Greek, and Lebanese items, most of which are made from family recipes.

Owner and head chef Harry Mkrtchian has been in the restaurant business for over 20 years. Establishments owned by Harry and his wife Lusine have won numerous awards. It is instantly apparent how Mkrtchian won these awards the moment you dig into your meal. Because it is cooked fresh, the menu advises diners to allow 20 minutes for your meal to be prepared.

Rio Brazilian Grill serves more than just Brazilian fare. The extensive menu includes specialties from Argentina, Colombia, Costa Rica, Cuba, El Salvador, Mexico, Peru, and Puerto Rico. It’s like eating your way through Latin America without leaving the U.S. Cocktails, sodas, and other beverages are available. (I was pleasantly surprised to see guava pisco and chicha morada (both are Peruvian beverages), and Brazilian lemonade being offered). And, of course, the best churrasco meats are there on the Brazilian section of the menu.

Rio offers catering if you want to bring the experience to your home or special event.

Opening just before the pandemic hit, La Papillon made it through and is now beginning its 4th year in business. This cozy restaurant features an extensive menu. The brunch menu alone lists several types of pancakes, French toast, crepes, and four kinds of eggs Benedict.

The bread served while you wait for your meal is unbelievably delicious! Take a few moments to appreciate the photographs on the wall. The Three Stooges photo would seem out of place but it somehow fits in with the rest of the décor.

There is a separate room for private functions. La Papillon can cater your special event.

Pro Tip: Dishes like Beef Bourguignon and Coq au Vin taste even better the next day.

Great Wall Restaurant has been a fixture in Lancaster since 1988. Its longevity is no doubt the result of being good enough to be named Best Chinese Restaurant in AV’s Best Reader’s Choice Awards every year since it opened.

Great Wall specializes in Mandarin and Szechuan styles of Chinese cuisine. You’ll likely find most if not all of your favorite items on its menu. The restaurant is spacious and offers banquet facilities.

Right next door to Great Wall and also in Lancaster since 1988 is Malhi’s Indian Cuisine. If you are new to Indian food, try its buffet first.

All of Malhi’s food offerings are prepared from scratch. You can choose your level of spice from mild, to medium, to hot, to Indian hot. I would not advise that last option.

Pro Tip: Plan to take some home. Those dishes with sauce such as curries and masalas taste even better the next day.

Nestled in an unlikely spot in a mall, Thai Café can be a bit hard to locate. It is between Target and Big Lots. Once you arrive, you’ll be rewarded with exceptionally tasty food. Its menu lists well over 100 items. Vegetarian options are well represented. Closed Mondays.

Pro Tip: For those who love Thai tea and are game for a new twist, ask the server to make it with coconut milk.

Its menu boasts numerous choices. (On a personal note, its teriyaki tastes better than most I’ve tried.) The restaurant also prepares nearly 100 different types of sushi, sashimi, and rolls, all beautifully presented, which you can order from the sushi bar or from your table. A large selection of sake and Japanese beers is available.

Pro Tip: Dinnertime can get very busy. Call first to get an idea of wait times or choose a less popular time. Another option is to order to go.

10. The Third Place Barroom and Kitchen

Sociologist Ray Oldenburg coined the term The Third Place. Which means The Third Place Barroom and Kitchen is aptly named on all accounts: It is a sociable place to gather and build relationships, it definitely has a bar, and it has a kitchen that turns out very flavorful, made-from-scratch food.

Pro Tip: If you are adventurous with beers, try the Liliko’i Kepolo. It is a white ale infused with passion fruit. It is a decidedly different and refreshing beer.

Complexity Wine Lounge & Restaurant is another relative newcomer to Lancaster. Though the name says it is a wine lounge, Complexity does feature a full dinner menu and offers Sunday brunch. One nice thing about Complexity is that its dinner menu lists suggested wine pairings. Not sure which wine to order? Try a wine flight, a choice of four red, white, or a mix of wines from the by-the-glass selections. Wine-tasting classes are offered for budding and seasoned oenophiles alike. Check its calendar for dates and times.

Unsuccessful in finding any soul food restaurants in the Antelope Valley, owner Tanya decided to start her own. Time 2 Grub grew rapidly through word of mouth and social media. You’ll find the restaurant inside the Sol Plaza indoor mall. I was pleased to find some of my favorites on the menu — items like oxtails, smothered turkey, and barbecue ribs. Though I’m not a fan, it also serves chitterlings (fancy name for chitlins).

Expect to wait 20 minutes or so while your meal is being prepared. Closed Mondays.

Pro Tip: Sgt. Steve Owen Memorial Park is less than a mile away. It is a very nice place to turn your meal into a picnic.

Its sub sandwiches are hefty. Portion sizes of its entrees are huge, easily enough for two meals. I was delighted to find Gino’s serves Italian sodas. A must-try is its tiramisu, which is made in house.

Pro Tip: Test the cheese pizza claim by ordering one-half cheese and the other half with your desired toppings.

Rounding out the list is The Broken Bit. It has been voted AV’s Best in numerous categories in the AV’s Best Reader’s Choice Awards.

The Broken Bit bills itself as a classic American cowboy steakhouse, a nod to the area’s country western heritage. Though famous for its steaks, locals rave about its Oatmeal Stout Braised Pork Shank. Its equally famous whiskey menu lists well over 150 entries.

This one is by far the most expensive restaurant on the list. My solo meal ran over $100 for steak, one drink, and dessert. Closed Mondays.

Pro Tip: Make reservations. Broken Bit does take walk-ins but you may have to wait 15 to 30 minutes or longer to be seated.

Note: COVID guidelines and restrictions continue to be in flux, especially in California. It would be wise to call the above restaurants before visiting to find out about the restaurant’s current policies.

If you’re a dedicated foodie, here are some other articles that will help you decide where to dine the next time you visit California: 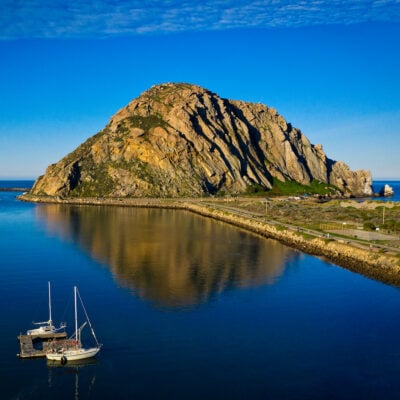 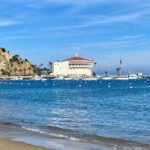