Emese Fromm
What Are Your 2022 Travel Plans?

On a recent trip to Mexico, we tried to find the ancient Maya ruins of Rio Bec. By that time, we’d been exploring Maya ruins for about two decades. Both fascinated by this ancient civilization, and their modern descendants, my husband and I read travel and archaeology books, linguistics, and artistic studies about them. So, it was natural for us to choose the Yucatan Peninsula as our honeymoon destination and explore ancient pyramids and other structures while on the trip.

After that first trip, we returned often, exploring popular and unknown ruins, some still covered by the jungle or only partially excavated, with no roads leading to them. This was the case with Rio Bec ruins. Though we knew of their existence, we couldn’t get to them. When we stopped in their vicinity during our latest trip, we asked locals about them. This time, we met a local Maya who offered to take us. This is how we ended up riding ATVs in the middle of a jungle, on narrow trails a car could not fit through.

On the way, I learned first-hand about the contemporary Maya culture I haven’t read about in books.

1. Maya Villages Care About And Protect Their Jungle

We followed Humberto, our guide, on narrow dirt tracks even the ATVs barely fit through, riding through potholes, and avoiding enormous boulders by driving into the surrounding vegetation.

We stopped in a clearing in front of a sign on a tree, showing both animal drawings, their tracks, and names in two languages, Mayan and Spanish.

Humberto told us we were about to enter a protected forest. No, it is not the Mexican government protecting it; he added. Since there was no other law protecting their forest, the villagers took it upon themselves to take care of their trees and animals. They did not allow hunting or cutting down any trees, and villagers took turns roaming the forest, making sure no one damages it.

In this protected jungle, we walked through thick vegetation, on invisible paths only our guide could see. When I slowed down and fell behind, I felt lost, enveloped by the forest, with no trails to follow. Though they were only a few feet ahead of me, I could not see my family. Only thanks to my girls talking was I able to follow the sound of their voices, and not get lost.

2. Indigenous Maya Still Use The Jungle As Their Pharmacy

When they stopped to wait for me, Humberto pointed out a few of the trees and plants, explaining their medicinal uses.

“The jungle is my pharmacy,” he said. “I don’t need doctors. Everything I need is here, in the jungle.” He pointed out plants used for remedies for everything from an upset stomach, kidney stones, rashes of all kinds.

We stopped by a Chechen tree I recognized since locals near all the archaeological sites warn you against touching its bark, known to cause a painful rash.

“The rash it causes puts people in the hospital and doctors don’t have a remedy for it,” Humberto said. But few people know that the remedy grows right next to it. He pointed to a different tree. “Just one leaf from it heals the rash, faster and better than anything doctors prescribe,” he said. “These two trees always grow next to each other.”

He explained what his people have known for centuries: nature has a way to balance things out. A plant that may hurt us grows next to the one that offers a remedy. Indigenous Maya understand their plants, and still treat the jungle as their pharmacy.

3. They Also Use The Jungle As A Resource For Food

They don’t just use plants from the jungle as medicine, though. Passing a tree with ripe fruit, Humberto picked some for us, and while I don’t remember what he called it, I still remember its taste, sweeter than anything I’ve had before.

He also picked and shared with us the leaves of another plant, telling us one tiny leaf has enough nutrients to give us energy for a few hours. Since they recognize it, they use his plant for their meals when trekking through the jungle; they don’t have to carry food from home.

4. Traditional Maya Believe Everything Is A Circle, Life And Death Are Interconnected

The inverted T-shaped opening symbolizes the opening into Xibalba, the Maya Underworld, while the carved serpents represent the circle of life. On the east side of the doorway, a serpent faces east, representing birth, while on the west side, a similar serpent looks west, representing death, the end of life. While listening to our guide talking about it, I understood that for the Maya, death is only the end of a stage.

Death is not sad for the Maya, said Humberto. It is rather a celebration of a person completing part of his or her journey in his life, and moving on to the next. Under each serpent, another image represents two interconnected serpents, forming a stylized circle, a metaphor for the circle of life.

5. Family And Continuity On The Same Land Is Still Important For The Maya

We couldn’t help but notice Humberto spoke English well, and when he told us about working with archaeologists at the ruins, I asked him if he learned English from them. No, he said, they were French (so he also speaks French); he learned English in the U.S., where he lived for 3 years. When we asked if he considered staying, he said he got that question a lot.

“This is my home. Here is my family,” he said. “I just went to make money to help my family, but I would live nowhere else.”

And since we were talking about family, he asked if we wanted to stop at another site, not included in the tour. Of course, we did, so he took us through the deep jungle, and we stopped near a couple of eroded stelae. It was his family’s ancient land, and he showed us the glyphs that read his family name.

He told us we could find over 85 sites in the jungle, all belonging to different ancient families. “People in my village are all descendants of the ancients who built these structures,” he said.

Before leaving, we stopped at Humberto’s home. The women of the family invited me to see a room where they stored embroidered blouses and Maya traditional dresses called huipiles to be sold in markets. Since I was already there, I could look and buy one if I wanted to.

Though most of the pieces were blouses, embroidered to be sold in markets, popular with tourists, I also noticed several traditional huipiles. When they noticed my interest, they told me how traditionally, the embroidered patterns on these dresses symbolize the village of the wearer (or maker). Each village has its own pattern, different from the next. Some differences might be obvious, others so subtle, only locals could discern them.

Some Maya women still wear their traditional huipiles every day. I see them often, in every Maya village or town we visit, at the market, grandmothers, and mothers with their toddler girls. And when we see celebrations, all girls and women wear the more elaborate versions of the same traditional dress.

When To Use Maya Vs Mayan?

Though I didn’t learn this in the jungle, interacting with the Maya, and reading about their ancient civilization for years made me aware of a linguistic anomaly. The terms Maya and Mayan are often misused since it is easy to assume that Maya is a singular noun, Mayas the plural, and Mayan an adjective. However, it is not the case. According to experts, as explained by the Na’atik Language and Culture Institute, in almost every instance the correct form to use is Maya, as a singular noun (He is Maya), plural noun (They are Maya), and even as an adjective in most cases (Maya civilization, Maya culture, Maya ruins). The only exception is when referring to the indigenous languages, over 30 are still spoken today, in which case the correct form is Mayan languages.

The study of ancient civilizations is one interesting aspect of travel, and there are many places to investigate their history and culture: 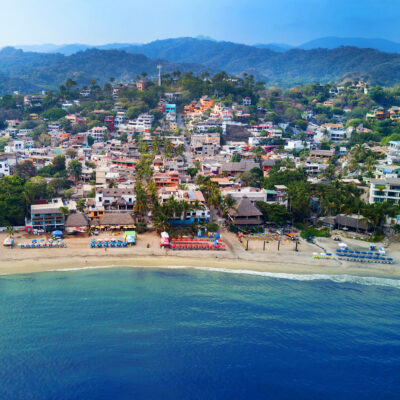 MexicoUxmal Vs. Coba Vs. Chichen Itza: Key Differences To Know Before You Visit 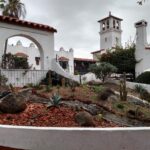 Mexico5 ½ Things to Do While In Port In Ensenada, Mexico