Highly Anticipated UK Theme Park Is Being Compared To Disneyland

Greg Robertson
What Are Your 2022 Travel Plans?

The long-talked-about theme park and resort outside London labeled the UK Disneyland appears to be finally moving forward.

In the works since 2012, founders of the London Resort have hired the first three firms to work on the project, and anticipate construction starting early next year. The target date for opening is 2024.

“To all the naysayers and doom-mongers, the London Resort is going ahead as planned,” PY Gerbeau, CEO of London Resort Company Holdings, said to all the doubters.

Kent Online reported his comments came as he named three firms to work on the project, expected to cost $3.4 billion. Another 65 firms have been told they are under consideration for work.

Where Will It Be Located?

The adventure park is only part of the London Resort, which will also feature housing, hotels, and shopping districts. The park will take up about 80 acres of the overall 1,150 acres along the River Thames on the Swanscombe Peninsula in North Kent.

Developers note the location of London Resort is just 17 minutes from central London by train, making it convenient to reach.

(The location) “offers excellent links to the rest of the country, and mainland Europe,” developers claim. “The project’s unique location presents the opportunity to maximize the use of river and rail, and the site is already connected to excellent public transport links.”

The comparisons to Disneyland are immediately apparent. London Resort will consist of six separate lands, each with its own aesthetic.

According to the Dorset Echo, visitors will enter through a grand plaza filled with shops, hotels, and restaurants leading them to High Street,

Once inside the park, the other areas will include:

One of the first firms signed on to the project is Electrosonic, which designs and manufactures lighting and audiovisual control systems. According to Kent Online, the firm has previously worked on stage shows for the Rolling Stones, the Who, Pink Floyd, Genesis, and others.

“As a company that is involved with many of the most iconic themed entertainment brands and attractions around the globe, it is a real thrill to have an opportunity of working on such an exciting project here in the UK and right on our doorstep,” said Paul Taylor, a senior consultant with Electrosonic. “We are really looking forward to being part of the team that will deliver this iconic attraction as the project starts to build real momentum.”

Others working on the project include Garmendale Engineering, which manufactures theme-park ride systems, and Katapult, a theme park attraction designer that has worked previously with the LEGO Group, Cartoon Network, BBC, and Warner Bros., among others.

Gerbeau, the CEO driving the entire project since 2012, can’t wait for development to actually begin.

“We will be the first theme park across Europe to be built from scratch in nearly 30 years,” he said. “We will be one of the only operationally carbon neutral parks in the world. And with our investment in sustainability and the environment, we will be a beacon of what can be achieved when the environment, commerce and entertainment flourish together, hand in hand.”

He said no corners will be cut to make his vision come to life.

“We will only work with the best of the best that industry has to offer, and today marks the first day of that exciting journey ahead,” he said. 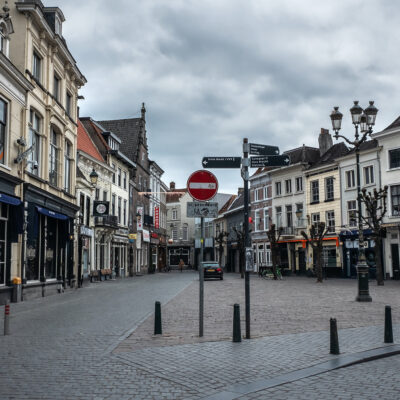 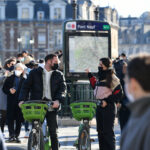 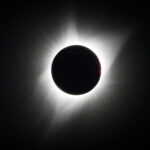