8 Iconic Foods To Try In Pittsburgh

Pittsburgh is reclaiming its reputation of late — yes, it’s still got a gritty, industrial past, however, as foodies can attest, it’s also cultivated quite the culinary scene. New restaurants pop up often, and some of the plates they’re serving could be stacked up against posh spots in much bigger cities.

But when it comes down to it, Pittsburgh’s most iconic foods tend to be the gut-busting, comfort-cuisine variety. They’ve stood the test of time, and are still beloved by locals and visitors alike. Reflective of the city’s immigrant population — past and present — no trip to Pittsburgh is complete without trying at least a few of these Steel City staples.

Here are 8 iconic foods that you should sample while visiting!

Where do we start with pierogies? To begin with, these little Polish pillow-pockets, stuffed with a variety of fillings, are so popular that large plush versions of them run races at PNC Park during Pirates games. They can be found almost everywhere in Pittsburgh, and are served either fried or steamed. Pierogies are usually stuffed with savory ingredients — our favorites are twists on the classic mashed potato and cheese. These dumplings are as Pittsburgh as it gets, and you’d better throw some caramelized onions and sour cream on yours, perhaps with some sauerkraut on the side for the full experience!

On a recent trip here, we loved the offerings at Cop Out Pierogies, in the city’s Etna neighborhood. The chicken marsala pierogis we had for lunch were a terrific international twist to the eastern European staple, as were the bacon and blue cheese.

While it’s easy to make an extremely hearty meal out of a plate of pierogies, some places in Pittsburgh also stuff them with sweet fillings for a decadent dessert. Our advice? Try them both ways while you’re here!

As mentioned earlier, many Eastern and Southern European immigrants settled in Pittsburgh during the city’s industrial boom, coming to work in the area’s mines, mills, smelters, and factories. With them, they brought their favorite foods, and those included the much-loved sausage. Call them kielbasas, salciccia, hot dogs, or bratwursts, you’ll find more of your share of all of them in Pittsburgh. If you to take some home with you as a culinary souvenir, head to the Strip District close to downtown, where you’ll find several sausage and butcher shops that will be happy to ship your order home for you. For a German take, grab a bite at Max’s Allegheny Tavern, which serves up knackwurst (a highly seasoned, short sausage) bratwurst (the familiar favorite), and weisswurst (a veal version of sausage). For the all-American option, grab a cheese dog at Wiener World. This iconic spot’s been here since 1965 and is a great place to stop on the go.

In most places we’ve been, fries are served alongside a sandwich. Not necessarily so in Pittsburgh, and definitely not at the legendary Primanti Brothers locations. The sandwich shop chain started life as a small sandwich cart in Pittsburgh during the Great Depression. It quickly evolved into a brick and mortar, with the star of the menu being a grilled meat, cheese, and tomato sandwich served with French fries and coleslaw inside, as opposed to on the side. It’s an acquired taste to be sure, but so many people love the unique combo, Primanti Brothers now has locations in several states.

Folks in Pittsburgh are serious about their sandwiches: they are hearty and designed to power you all the way through the day. Another favorite is the chipped chopped ham sandwich first created at Isalys. The deli has been around since 1904, and while it makes a variety of deli meats and cheeses sold in Pittsburgh-area grocery and specialty stores, its ham sandwich was far and away the most popular offering on its menu when the deli still served meals inside all of its locations. It consists of thinly shaved ham loaf, slathered in barbecue sauce, served on a soft white roll. Today, these iconic and delicious sandwiches can be found in many Pittsburgh diners and delis.

So, salad is usually a dieter’s go-to — something that’s bound to be healthy and less calorie-laden than your typical meal, especially if you leave the dressing on the side. Not so in Pittsburgh. Here, a “Pittsburgh salad” consists of the usuals — greens, a few veggies, and grilled meat such as chicken or steak. But what sets the city’s version apart is a generous helping of French fries which are plopped on the top. Add a ranch dressing drizzle to the top, and you’ve got something that — much like the Primanti Brothers sandwich — can double for a full and extremely filling meal. We’ve not seen anything else like this anywhere else, but you’ve got to admit, the idea of having French fries filling in as croutons is just brilliant (if maybe a touch heavier than the usual side salad)!

Since 1980, Pamela’s Diner has been THE place for breakfast in Pittsburgh. Whether you need a morning-after pick-me-up plate of hash or Gail’s favorite eggs scrambled with cream cheese, there are plenty of terrific savory items from which to choose. But hands down, Pamela’s is best known for its sweet breakfasts. The croissant caramel French toast topped with walnuts is a decadent treat, but the hotcakes here are king. These crepe-style hotcakes are served stuffed with your choice of fillings, including fresh fruit and berries, sour cream, chocolate chips, and nuts. Of course, they are all topped off with a perfect dollop of whipped cream. Go ahead and indulge: this is vacation, after all! There are several Pamela’s locations in and around the city; grab a big breakfast here at the Strip District, and you’ll be well-fueled for a day of adventures there, and nearby downtown.

Word to the wise: expect a wait — and at times a long one — to get into any Pamela’s location. Consider visiting early morning or after normal breakfast hours for a shorter line. No matter what, these hotcakes are worth the wait!

While we’re exploring sweets, let’s not forget Pittsburgh’s world-famous cake, first created at the city’s well-known Prantl’s Bakery. Of course, we’re talking about burnt almond torte. This cake first came together in 1970, after baker Henry Prantl went to a national bakers conference, and took detailed notes when a California cake expert showed off an almond cake. Prantl put his own twist on the sweet treat when he returned to Pittsburgh, changing the cake flavor, adding custard between the layers, and topping it all with luscious, light buttercream and toasted almonds. Is it time for dessert yet?

While the Prantl’s have since sold the bakery, the square-shaped torte remains a favorite and is available at all four Prantl’s Bakery locations in the Pittsburgh area. It’s light, airy, and absolutely incredible. If you don’t have room to try one during your visit here, no worries. They can ship nationwide.

We know that condiments don’t qualify as a specific food, per se. But when you’ve got a literal kingdom of condiments located in town, you’d better add them to the “Iconic” list. Heinz — that juggernaut of saucy flavor combinations — was founded in Pittsburgh, and still has a large division office in town. Of course, they are best known for ketchup but you’ll also see all sorts of Heinz products on tables at pubs or cafes where you might be dining — from steak sauce to relish, mayo, mustard, and of course, the iconic Heinz 57 Sauce. Add them liberally to your sandwich or sides for a true taste of Pittsburgh!

While Heinz ketchup is no longer made in Pittsburgh, the town still takes a lot of pride in its hometown heritage. You’ll see the Heinz footprint all over the city — not just on your plate. 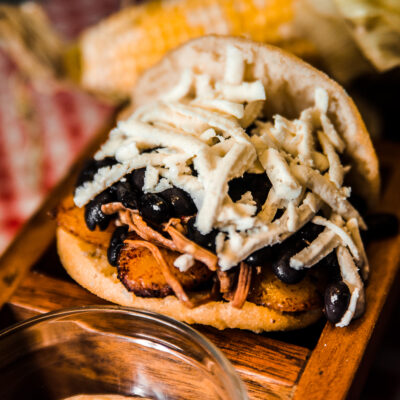 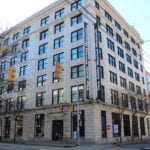 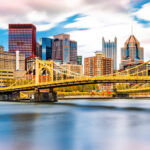 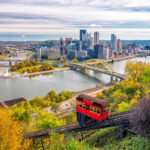 Pittsburgh12 Reasons To Make Pittsburgh Your Next Weekend Getaway