9 Amazing Things To Do In Panama City, Panama

I have to admit that Panama was never on my radar. Of course, I had heard of the canal, and the many big ships around the world that were and are listed in Panama, but as a travel destination, it simply never registered.

Then my husband had to go to Panama City for work and came back gushing with enthusiasm, saying that next time he was going to go there on business, I was to come with him. So, I started researching, finding out what there was to do, getting rather keen on hopefully spotting a sloth, and before long, I found myself in Casco Viejo with a glass of champagne in hand. Looking out across an amazing skyline full of skyscrapers on one side, and the higgledy-piggledy assortment of rooftops of the old town Casco Viejo on the other, I was brimming with enthusiasm to explore this place.

Panama lies right at the lower end of Central America, bordering South America, and is close enough to the U.S. for an easy vacation, but quite a long journey from Europe, where I had come from. While this country is so well-known for so many reasons, tourism seems only to be an afterthought. I suppose Panama has to compete with the Caribbean islands, and other popular Central American tourism hotspots such as Costa Rica, Belize, and Mexico. Many would-be visitors probably think only of the canal and the modern city, without realizing that there are some truly amazing things to do in and around Panama City.

Here is a selection of the things I was up to during my relatively long stay there. And, as I did most of these things on my own, while my husband was working, it seems safe to say that it is a good destination for lone female travelers as well.

1. Have Champagne On A Rooftop

You cannot find a better spot for your first night in Panama, and this place on the rooftop of an old building in Casco Viejo really set the mood for me. Tantalo has simply the best views of new and old Panama City and a great atmosphere. It soon morphed into one of my favorite champagne bars in the world. Be prepared to spend a few hours in balmy weather, nibbling on some yummy snacks and sipping those bubbles. A perfect start on a visit to Panama.

If you’re a champagne lover, be sure to visit the world’s nine best champagne bars.

Getting my priorities right, the next thing on my list was tracking down a sloth. Just along the Amador Causeway, not far from Casco Viejo where I was staying, is the Punta Culebra Nature Center — an educational center with many rescued animals living in the wild there. Walking around the forested peninsula, jutting into Panama Bay, I came across iguanas, local frogs, and tanks full of marine life, all set up for groups of school children who visit the center to learn more about their local wildlife, but no sloth. I eventually grabbed one of the local wildlife guides and asked him to help me find one, and would you believe it? There was one hanging quietly, quite literally above my head, and I never would have seen it without the guide’s help. Once I learned how to spot a sloth, I found a few more and came away happy. Not only had I finally scratched that itch, but I also had a much better idea of how diverse Panama’s wildlife is.

To learn more, I visited the Bio Museum just a mile or so down the road. This museum had initially found its way onto my to-do list because it was built by Frank Gehry, and I love searching for good architecture. In this case, the construction really surprised me, because it is so unlike any other Gehry building. Instead of being shiny and hyper-modern — like the Guggenheim Bilbao, or the Louis Vuitton Foundation in Paris — this was a relatively small building, and while the roof structure was very obviously Gehry, the entire building is a pop of colors, with red, blue, green, and yellow walls and roofs. Inside, there is an amazing amount of information on just what a hotbed of biodiversity Panama is. The entire natural history is laid out step-by-step, and I learned that there are nearly 10,500 different types of plant species, including 1,200 orchid varieties and 1,500 species of trees, plus 255 species of mammals and nearly 1,000 indigenous bird species — and, of course, sloths.

Back in town, I was planning to go for a walk the next day but wanted to be protected from the sun. So, when in Panama, a Panama hat had to be purchased. Alas, original Panama hats are actually from Ecuador, but that did not stop me. Finding a store with lots of choices, and more importantly good advice, I settled on a traditional design: off-white with a slightly rosé-colored band that fit my oversized head rather well. But be warned, they are beautiful hats. If you go for original and well-crafted ones, they cost a small fortune.

Sun hat in place, the next morning I set off to walk along the Cinta Costera. Starting off on the far side of Casco Viejo, I first did the loop that encircles the old town with magnificent views along it. This is a spot where people jog and walk their dogs. Coffee stops are set along it, and while modern, it is a great walk with the old town on one side, complete with fortifications and the sea on the other.

The road then evolves into the main coastal road connecting Casco Viejo with modern Panama, which is bordered by parks, the Panama sign which is perfect for posing for a selfie, and plenty of cafes and hotels. This is also where the carnival holds court, and I was lucky enough to stumble upon it. Not at all planned, but such fun, I loved seeing the incredible mix of people Panama is home to. There was a huge range — from working people in suits to indigenous families decked out in feathers — all coming together for the party.

6. Go Boating In The Canal

After a few days, I could not ignore the canal anymore, and I am so glad that I didn’t. Compared to European canals, which tend to be straight, narrow, concreted waterways, this one is a revelation. It is more like a river and lake connecting two oceans, with a couple of locks (admittedly rather enormous locks) at either end. I decided to embark on a private boat trip exploring the lake and the islands in the middle of the canal. The islands are former mountains that turned into islands when the flow was cut off, and the wildlife was sadly cut off from the other mountain tops. On the islands live lots of monkeys, curious enough to hop on board and say hello when we got closer to the land. Again, this was a great way of ramming Panama’s incredible biodiversity home. Even in the middle of what is in effect a man-made waterway, the lush greenery and ever-present wildlife, including crocodiles, was just magical to see, especially when viewed against a backdrop of gigantic ships going through the canal.

After crossing the entire country to the ocean on the other side, a mere 55-odd miles across, through the rain forest, spotting howler monkeys, toucans, and, yes, more sloths along the way, the Atlantic Coast of Panama is where there are plenty of pirate lore and old forts to explore. San Lorenzo (and Portobelo) are sturdy forts dating to the 1500s, built to protect the waterways. Located along the legendary Spanish Trail, pirates such as Henry Moore and corsairs such as Francis Drake frequented the area, which is full of sunken ships and, reportedly, hidden treasure. Seeing the sites and hearing the old stories, you can nearly smell the gold.

Walking around Casco Viejo is simply lovely. There are plenty of cafes, superb restaurants covering Central, South, and North American cuisines and then some, plus great little shops for those souvenirs, and countless market stalls lining the outer border of the old town around Plaza de Francia. There are churches, museums, and superb street art everywhere, plus art galleries and individual boutiques. I spent hours just meandering through the streets, stopping for coffee, and watching the world go by. This is also a very photogenic part of town with usually a sleepy cat lying on a colorful windowsill, or a brightly dressed local walking past an even brighter painted house.

There is the old town and then there is the really old town. While Casco Viejo is a colonial old town full of bright buildings, Panama Viejo holds the ruins of Old Panama, the original European settlement. This is in fact the oldest European settlement on the Pacific Coast of the Americas and has been awarded UNESCO World Heritage status. The settlement, originally called Castillo del Oro, was nearly destroyed in 1671 by marauding pirate Henry Morgan. Today it is a lovely park area with remains of a convent, a church tower with great views, various other ruins, and a modern, very informative museum, with a lovely gift shop. So, plan for up to three hours of just walking the grounds and taking it all in.

Pro Tips: I did most of the things mentioned above on my own and felt safe as a lone female. One lesson I learned quickly, though, was to go by Uber rather than hailing a taxi, as I was quite literally taken for a ride with other people joining me in the taxi — and since Spanish is not my strongest language — I ended up paying for all of them. With Uber, you get the details of the driver, and prices up front, which made me feel a lot safer. You can get a cheap local SIM card with plenty of data at the airport on arrival, which makes using the internet painless.

For more information on Panama, check out our most recent articles covering this location: 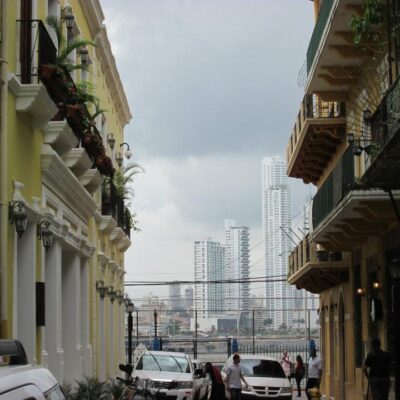 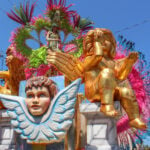 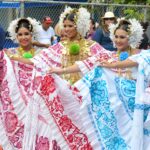