19 Fantastic Discoveries In The Desert Oasis Of Midland, Texas

Downtown Midland is the financial and trade center for the vast West Texas Permian Basin, the second-largest oil and gas shale producer globally, known for oil, natural gas, salt, and potassium. Outside of Houston, no other area in the United States plays as important a role in the nation’s energy industry as the Permian Basin.

Midland is nicknamed “Tall City,” known for its downtown skyline that stands out for miles. The construction of most of the office buildings happened during significant oil and gas discoveries. In Midland, the economy is growing, and the residents enjoy the benefits of having the second-highest personal income In the United States.

The town of Midland developed where the railroad tracks met, halfway between Fort Worth and El Paso. Known as Midway, the name later changed to Midland. The ranching region in the area is best known for Hereford cattle.

The Blakemore Planetarium houses a state-of-the-art Spitz SciDome projector with custom fish-eye projection lenses, one of the few in the world. See a permanent exhibition area and a classroom. Dome shows are presented Tuesday through Saturday, followed by star talks. Star Parties hosted by the West Texas Astronomers are scheduled once monthly, except during the summer. Construction of the Blakemore Planetarium in 1972 finished on the grounds of the Museum of the Southwest.

3. Museum Of The Southwest

The Turner Mansion, the former home of Fred and Juliette Turner, has been home to the Museum of the Southwest since 1968. The Turner Memorial Art Museum, a sculpture garden, the Fredda Turner Durham Children’s Museum, and the Marian West and William B. Blakemore Planetarium comprise The Museum of the Southwest. Explore the Permanent Collection, plus “Fertile Valley: Taos Society of Artists,” “Five Centuries of Mexican Maps,” and coming soon, “Sand Paintings.”

The Wagner Noel Performing Arts Center, named for the significant donor families Lissa Noel Wagner, is located on the satellite campus of the University of Texas at the Permian Basin, between Midland and Odessa.

Pro Tip: You’ll see performances in August like Knockout de Risas, a Spanish comedy show. Also, see Blippi the Musical and An Evening with the Gatlin Brothers. Coming in 2022, see Rain: A Tribute to the Beatles.

Pro Tip: Every child who donates a book can tour the Bush home for free during the current fundraiser. The Laura Bush Literacy Program promotes reading, including the Third Thursday Reading Program event.

The Victorian-style residence constructed in 1899 is reportedly the oldest house in Midland and is owned by the Midland Historical Society. The home, decorated with furnishings from the 1800s, features a magnificent Gothic art glass window. Tours are available by appointment.

Constructed in 1907 for Kara and W.F. Scarborough, the Scarborough-Linebery House is a ranch-style home characteristic of early West Texas cattlemen. The historic home is available for guided tours, receptions, luncheons, dinner parties, and weddings.

John V. Pliska built his airplane after he saw a Wright Brothers Model B plane land in Midland in 1911 on a flight across the country. He flew his aircraft in 1912, the first plane built and flown in Texas.

Midland Development Corporation is studying the concept of a “highway in the sky,” a corridor licensed by the FAA for high-speed supersonic testing between Midland and Spaceport America in New Mexico. When approved, the infrastructure would allow the Department of Defense and private companies to conduct experiments. This project would incentivize dozens of space companies to move to the Permian Basin.

The Midland County Historical Museum houses exhibits of Native American artifacts, pioneer relics, photos, and history of the Civil War and World Wars I and II. See the “Midland Man,” a reproduction of the fossil remains of a skull, rib, and hand bones, discovered south of Midland on the Scharbauer Ranch in 1953, proving human life existed in the Midland area 9000-9500 B.C.

Jim Hall and Hap Sharp started a small racing team in Midland named Chapparal Cars, the Spanish word for the roadrunner. See the Chaparral Cars on display, revered by the racing community as an innovator of an aerodynamic wing and lightweight construction materials. Join the world-famous Chaparral Pit Crew Fan Club.

Midland’s Minor League Baseball team, the Midland Rockhounds, plays in the Double-A Central, affiliated with the Oakland Athletics major league club. The team is about as close as Midlanders get to pro baseball. Check the website for tickets to season suites, club seats, box, and reserve seats. Play ball!

Clear Springs Restaurant is the go-to place for seafood and steaks in Midland. They are top-rated for fried catfish, and the grilled bacon-wrapped shrimp is a classic. Don’t miss the appetizer plate stacked tall with deep-fried onion rings.

Pro Tip: Save room for Italian cream cake or classic tiramisu, by the slice or a whole cake.

You can eat your way through 30 Mexican Food Restaurants in Midland, all claiming to be the best, and our family who lives there agrees. 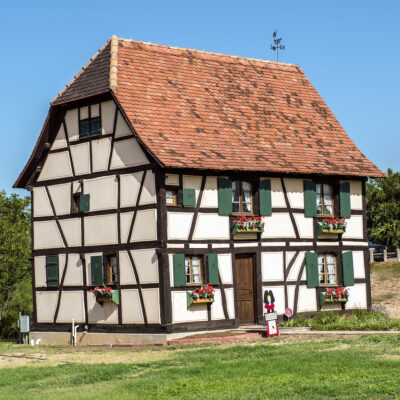