Sometimes a state park oozes with so much natural beauty and offers so many best experiences that we think it should really be a national park. One of these is located in the Oak Creek Canyon within the Coconino National Forest in Sedona, Arizona. We have been to Slide Rock State Park five times and will definitely go again. In fact, it has again made the Travel Channel’s list of “10 Top Swimming Holes in the United States” because of its “ultimate water slide.”

But there are several other best experiences you can have at the park besides swimming and sliding. You can learn about the history of the area, enjoy apple-picking with your kids, hike among red rocks and take instagrammable photos, and view wildlife and fish to your heart’s content. Whenever family and friends visit, we make it a point to take them there and are lucky that it is only two hours from our home in Mesa. On our most recent visit in late June, however, it was closed by the U.S. Forest Service due to the extreme risk of forest fires at the time.

The park was originally a 43-acre historic apple farm owned by Frank L. Pendley, who arrived in the canyon in 1907 and acquired the land under the Homestead Act of 1910. It then became known as the Pendley Homestead. The unique irrigation system he established is still in use by the park today. It was the reason his farm succeeded while others failed.

When the canyon road (it is the shortcut — 45 minutes to Flagstaff) was opened in 1914 and paved in 1938, tourism in the area flourished. Because his farm was one of the largest parcels of land in Oak Creek Canyon, Pendley built rustic cabins to cater to those who wanted to stay for a vacation. Some of the historic cabins are still available for viewing today, including various farm implements that were used at the time.

His son continued to operate and manage the property until 1982, when the family decided it was time to sell it. Arizona Governor Babbitt had a vision and created the Arizona Parklands Foundation that would acquire private property and donate it to the state. In 1985, four Arizona banks loaned $3.6 million to the foundation. When the donations did not come in, however, the state legislature passed House Bill 2391 that provided a State Park Acquisition and Development Fund. It purchased not just the Pendley Homestead but five other properties that also became state parks. Slide Rock State Park officially opened to the public in October 1987.

That is why today, visitors can still enjoy the fruits of Pendley’s labor, both literally and figuratively. During one of our visits, nearly 300 apple trees were filled, many falling to the ground. Yes, you can pick apples for free, just come at harvest time. Pendley planted his first apple orchard in 1912, pioneering early agricultural development that became a pattern for the state at the time. Fruit was the primary cash crop of the Pendley Family Homestead, but he was also able to grow a variety of garden produce and even kept some livestock.

If you go in the winter, the freezing temperatures will have caused the leaves to fall from the deciduous trees and pruning may have begun. Early spring brings blossoms and bud growth. Apple flowers are small, white with pink highlights, and a wonderful fragrance. This is a good time to go to the park. After the bees cross-pollinate, the pretty petals drop and fruits begin to take shape. As the fruits grow, thinning removes excess apples to improve the size and quality of what is left on the tree.

During the long hot days of the Arizona summer, fruit trees need watering and electric pumps are used to bring water from the creek. The fruits continue to mature and the branches get so heavily laden that they may need to be propped up with wood. Picking usually starts in late August or early September which is also the best time to cool off in the stream. Along with the spring season, this time is also another good chance to go to the park. We have gone all four seasons but loved our early spring and late summer visits.

But it is the clear rushing creek that offers the best of the experiences available at the park — especially if you are looking for a place to cool off during the hot summer months. The Slide Rock area, open for swimming, is half a mile long and the area for sliding is 80 feet long and 2.5–4 feet wide, going downstream with a seven percent decline. The algae that collect on the rocks make for the slippery ride. The creek rushes down from the upper areas, brushes many red rocks on its way, and settles into a calmer flow down below. This allows for sliding down the whole length in utmost abandon and fun.

There are a few pools where many children and adults wade and swim. At several places, you can sit and let the onrushing little falls massage your back. One section is deep enough that I have seen teenagers jump into the water from the ledge rock up above. There is no lifeguard on duty, however, so doing this is at your own risk.

For those that love hiking, there are three short trails in the park. There are also several Coconino National Forest hiking trails nearby for those who want more. But the entire area, including all the trails, is a pack-it-in, pack-it-out kind of park. In other words, you’ll leave with everything you brought in. Glass containers are also strictly prohibited. When you tour the entire park, you will naturally go through the first two trails. But don’t forget to do the very scenic third.

The Pendley Homestead Trail is an easy quarter-mile trail. This paved, level trail is suitable for all visitors. It travels through a portion of the historic Pendley Homestead featuring parts of the original apple orchards, the Pendley Homestead House, some tourist cabins, the apple packing barn, various farming implements that were used, a new orchard of semi-dwarf apple trees, and spectacular views.

The Slide Rock Route is a 0.3-mile trail with a difficulty rating of moderate and is, actually, the main access to the Slide Rock swim area. It begins near the apple picking barn and you turn right to the descending steps to the creek. Then it crosses via a small footbridge. During periods of high runoff, the footbridge will not be there and visitors will just need to stay on the west side.

After crossing the footbridge, you will proceed north along pretty sandstone shelves. In the summer, sunbathers occupy much of this route, so you may have to step over some of them. There is a historic rock cabin on the east side of the creek which was used with a flume and water wheel to generate electricity for the entire homestead. From the ledge in front of this cabin, many take to jumping into the creek. When you see the eight-foot wall, you can turn around. But you may also decide to negotiate the wall and explore more areas upstream.

The Clifftop Nature Trail is a quarter-mile trail that begins near the apple barn after the steps to the creek and leads into the forest above the swim area’s west side. Thus, it offers the most scenic views and is best, not only for those who want to hike, but also for those who want memorable photos.

This nature trail will also offer lucky visitors some wildlife viewing opportunities. Coues whitetail deer, javelinas, coyotes, and black bears have all been spotted in the park. There is also a wide variety of bird species, some smaller mammals and various little reptiles. Such sightings make the park not just for water recreation.

And great trout fly fishing can be experienced upstream. The Arizona Game and Fish Department seasonally stocks the creek with wild brown and rainbow trout populations. Trophy fish of both species have been regularly caught in this stretch of Oak Creek. However, fishing is not permitted within the swimming area. You need to take a short hike upstream into “vast pools, undercut banks, and gentle rifles” that trout love. Besides, trout look upstream for their next meal. By approaching from downstream, you will come unannounced. Cast beyond where the trout are hiding — catch and release is recommended, though.

Together with all the photos included here, you can now see why this is one of our favorite parks and consider it worthy of being a national park. There are a variety of things to do that turn into the best experiences. And you can enjoy all of these in a setting of the outstanding natural beauty of blazing red rocks. 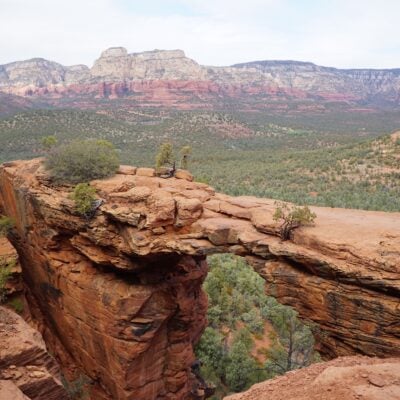 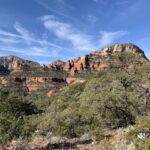 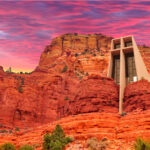 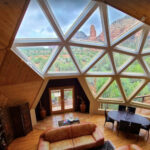