6 Life Lessons From My Month In Post-War Bosnia

The year was 1998, and I was in a serious funk. Two close friends, both professional training consultants like I was, were stratospherically successful in their businesses. I felt insanely jealous — so threatened by their success that for months I hadn’t been able to focus on what I needed to do to grow my own business.

I knew I needed to stop my downward spiral and do something different. But what? I tried volunteering for Habitat for Humanity — but a day wasn’t sufficient to dispel my blues. I considered visiting a beautiful beach and walking every day, but that didn’t sound right, either. Somehow, I knew more introspection wasn’t the answer.

Meanwhile, the country of Bosnia-Herzegovina, which two years earlier had emerged from the four-year civil war that consumed the former Yugoslavia, was in the news. Looking back, spending a month in Bosnia, which is what I ended up doing, seems a strange way to overcome my blues, but the trip proved redemptive and healing. Here are six lessons I learned there that are still with me today.

About a month before I left, a colleague asked me to co-lead a seminar with her. She chose me because a few months earlier, after I heard that her sister died, I wrote her a condolence note. I was the only colleague to do so. At the seminar, I met several former Bosnian refugees, now U.S. citizens, and suddenly the issues over there were no longer an abstraction. Hearing their stories gave me the impetus to research the civil war and ultimately visit Bosnia.

In the weeks before leaving, I talked to several humanitarian workers who had been to Bosnia, including one who didn’t think I should go. “You don’t have the background and you don’t speak the language,” she said. “No one in Bosnia wants to talk about the war. They’re sick of it.” But I had already booked my ticket, and I trusted myself.

It was a long trip: from San Francisco to Frankfurt, Germany, and from there to Zagreb, Croatia, where I spent two nights, followed by an eight-hour bus ride to Bosnia. As I stood in the Sarajevo bus station around 6 p.m., I looked around and wondered where I would be spending the night. Most hotels were destroyed, closed, or overpriced. Suddenly I heard a man speaking Spanish. At the time, my Spanish was skeletal, but I walked over to the guy, who turned out to be a journalist from Madrid, and asked him about nearby hoteles economicos. He led me to a former barracks five minutes away, a building remodeled into a hotel by wounded refugees who had received a grant. I stayed there for four days.

The lobby was a small smoky room with several men talking, none in English. After unpacking, I went back downstairs. When one man said, “Refugee, Gorazde,” I remembered I had read that Gorazde was one of the worst damaged towns. He showed me a wound on his leg. “Shrapnel.” Using sign language, he explained that he and a friend had been playing cards. Afterward, just as they walked out, a grenade hit them. Within an hour of arriving, I was engaged.

The next day I went into the International Red Cross office, where I was given a list of aid organizations. For the next week, I visited different non-governmental organizations (NGOs), especially those focused on women, business, conflict resolution, and trauma.

The first was a microfinance NGO called Women for Women, an international organization whose local chapter was dedicated to providing loans to war widows in villages outside Sarajevo. Elmida and Sara, the director and her staff person, were about to go to one of their weekly sessions, where the widows would pay back part of their loans. I asked if I could join them. In the car, Elmida explained that some women sold handicrafts at a market, others, cheese from cows they had bought with their loans.

Elmida (who I recently reconnected with on Facebook!) had just returned from Bangladesh, courtesy of Mohammed Yanous, the Bangladeshi social entrepreneur who was awarded the Nobel Peace Prize for founding Grameen Bank, the first financial institution in the world to lend funds to the poor. In the village, she passed around photos from Bangladesh. “It helps them to see examples of people worse off than they are,” she said.

A few days later I visited an NGO that supported smaller NGOs. When the director found out I was a business trainer, she asked me to facilitate a team-building training for her staff, and in exchange, I was invited to the first conference of NGOs across the divided Bosnia. As I listened to person after person at the conference share the effects of the war on their lives, I saw how universal suffering is. One man on the now-Serbian side described losing most of his hearing from exposure to gunfire, for instance, while a Bosnian woman lamented that she could no longer walk to work because of shrapnel in her leg.

Four days after I arrived, I was introduced to a Bosnian couple who offered room and board. Neither Zora, a seamstress, nor Bronco, a retired post office worker, spoke English, but between photos, sign language, universal words, and dogged persistence, we communicated with humor and emotion. They lived in an apartment with their adult daughter in a three-story building, whose broken ground-floor windows were a common sight in Sarajevo. Inside, though, I felt at home. My room was filled with heavy furniture, and, next to my bed, Zora had placed a bottle of water and a bowl of fruit.

Every morning Zora and I would sit opposite each other at the wobbly kitchen table by the window, communicating through gestures. Outside the window, I could see the Holiday Inn, an ugly box-like structure that looked like a huge yellow square toy, punctuated with holes in the walls from gunshots and bombing.

On my first day, I showed Zora the photographs I brought, among them a picture of my father, my sisters, and me. Looking at the photo through her eyes, I could see the absence of a mother. “No mama, cancer,” I said.

One night, after my bath, Zora handed me her blowdryer. I said, “It’s okay, Zora. I’m not going out, I’m going to sleep.” She looked at me fiercely, plugged the blowdryer into the kitchen outlet, and motioned me to sit down. She stood behind me, blow drying my hair and chatting to Bronco. In their conversation, I heard her say, “Mama kaput.”

Sitting in my pajama pants and T-shirt, grown-ups hovering behind my chair, Zora taking care of me, I suddenly felt very young, filled with an ache for all my accumulated years of motherlessness. After she finished, I scribbled on a scrap of paper “1976 no Mama.” They had not known the date of my mother’s death. Quickly I said good night and hurried into the bedroom, feeling a rush of tears. I had never realized until being with Zora how much I missed being mothered.

6. The Way Out Of My Blues Was Action

I would never suggest that this is the solution for everyone, but my antidote to low self-esteem was to put my attention on other people — not only in Bosnia, but back in California, where I gave presentations, wrote articles, and raised money for Women for Women. Focusing on others, especially people in pain, helped me stop thinking about myself. Now, 23 years later, I have never forgotten that lesson. 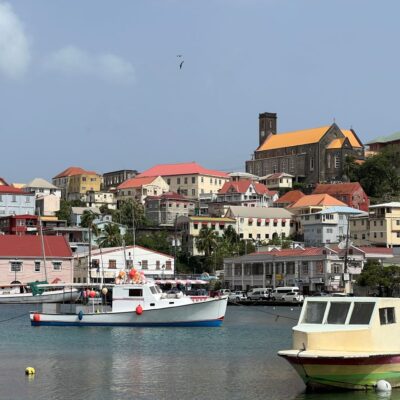 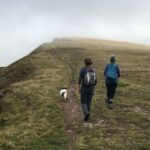