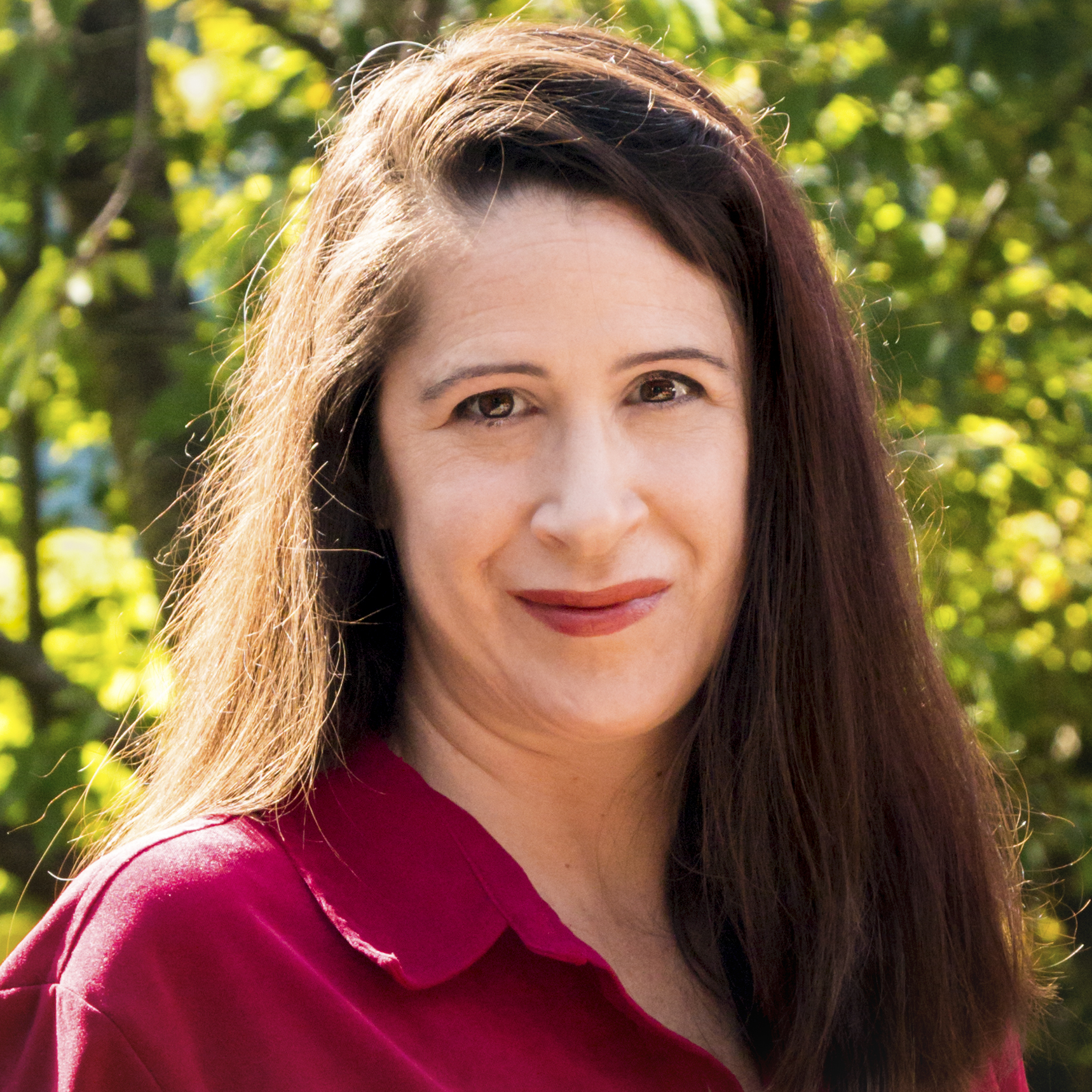 For some, it’s the nostalgia and romance of a bygone era, when life seemed simpler. Some are drawn to the apparent permanence of covered bridges, places where time seems to stand still. Others find them wondrous handcrafted relics of the past, built from hand-hewn beams in lengths and widths rarely seen today. A scenic 54-mile driving loop takes you to six of those bridges in the farmland a few miles east of Salem, Oregon, near the towns of Stayton and Scio (pronounced SIGH-oh).

To find all the covered bridges in the area and drive a convenient loop, I modified the driving directions for the self-guided Covered Bridge Tour on the Stayton Sublimity Chamber of Commerce website — partly because I’m lousy at following directions and partly to minimize turns along the route. My route is included with the description of each bridge. You’ll see signs along the way for the Covered Bridge Tour, but these appear to have little to do with the driving instructions on the tour webpage. Note, too, that the map that appears on that web page doesn’t follow the written driving directions.

The tour starts in Stayton with the only bridge on the route that vehicles can’t use: the Stayton-Jordan Bridge.

The original Jordan Bridge spanned Thomas Creek a few miles east of Scio. When Linn County decided to replace the 1937 bridge with a more modern structure, volunteers and Marine Corps reservists from the 6th Engineering Battalion relocated the bridge to Pioneer Park in Stayton. The bridge stood in the park from 1988 to 1994, when Christmas lights set it ablaze. The community rallied and replaced it with a replica of the original.

Today the 90-foot covered bridge in Pioneer Park in Stayton spans the Salem Power Canal. It’s a popular gathering place for picnics, weddings, and other events. With open sides, a Howe truss, and wide wooden planking, the Stayton-Jordan Bridge could be mistaken for the original, except for a tiny detail: It’s missing the smell of motor oil and dust that lingers in other covered bridges.

Drive west on Marion Street, make a left turn onto First Avenue, and then another left onto Kingston-Jordan Road. Follow this road, rolling past hay fields, grazing sheep, and Christmas tree farms until you reach Highway 226. Turn right. After a short drive, Camp Morrison Drive and Hannah Bridge will be on the left.

Pro Tip: Grab drinks and picnic supplies before you leave town — there will be plenty of scenic spots along the way where you might want to linger over an alfresco meal. You may want to bring a swimsuit as well!

For years I’d glimpsed Hannah Bridge while driving Highway 226. It’s on Camp Morrison Drive, just a few yards from the highway. What I didn’t realize is that it has a sublime swimming hole beneath it, perfect for cooling off on a hot summer afternoon. Drive across the bridge and you’ll find a parking area with a restroom and picnic table on the other side. A steep wooden staircase leads down to rocky shelves beside Thomas Creek and the clear, green pool in the shadow of the bridge.

The name comes from John Joseph Hannah, who came west with a wagon train in 1853, secured a land claim, and built a sawmill, one of the first in the area. The 105-foot-long covered bridge was built in 1936.

Shimanek Bridge is distinctive with its red paint and louvered windows. It’s the fifth bridge to span Thomas Creek on Richardson Gap Road; the earliest is thought to have been constructed in 1861. High water, storm-downed trees, and other calamities destroyed the previous bridges. Built in 1966 and 130-feet long, the current bridge is both the newest and longest covered bridge in Linn County.

Drive through Shimanek Bridge and head south on Richardson Gap Road. Cross Highway 226 (stay on Richardson Gap Road) and turn left onto Larwood Drive. Follow this road until you reach the junction with Fish Hatchery Drive. Just before the intersection, look for a paved wide spot on the right for parking. A footbridge leads to a wayside park at the foot of Larwood Bridge. The covered bridge is just around the corner to the right on Fish Hatchery Drive.

The park beside Larwood Bridge is a good place for a picnic, fishing, or a dip in Crabtree Creek. The park has restrooms, picnic tables, and more than 2,000 feet of creek frontage. Spanning that creek is the open-sided Larwood Bridge, which was built in 1939 and stretches 105 feet. It is named for William Larwood, who settled nearby in 1888. He platted the town of Larwood, added a store and a blacksmith shop, and later served as postmaster. The town is gone now, but the covered bridge (at least the second on the site) remains. Drive through the bridge and you’ll see a sign that says you’ve reached the end of the Covered Bridge Tour route. Ignore it. You’ve still got two bridges to go!

Pro Tip: The bridge is near the confluence of Roaring River and Crabtree Creek, where something rare happens: A river flows into a creek.

From the parking area at the wayside park, turn right onto Fish Hatchery Drive. Go through the covered bridge and continue on Fish Hatchery Drive (stay right at the fork with Meridian Road) until you reach Highway 226. Turn right on Highway 226 and then left onto Hungry Hill Drive. There is room to park on a wide shoulder just before Hoffman Bridge.

Also known as Crabtree Creek Bridge, Hoffman Bridge spans Crabtree Creek about a mile northeast of the town of Crabtree. As you might have guessed, the area was settled by a man named Crabtree — John Crabtree — in 1845. The bridge, however, was built by Lee Hoffman in 1936. Today the 90-foot-long bridge stands on a quiet country road over a tranquil stretch of the creek. Unlike most of the bridges on this tour, the Hoffman Bridge features Gothic windows instead of open sides.

Pro Tip: Don’t be fooled by Google Maps. The stream that Hoffman Bridge spans is Crabtree Creek, not the Santiam River, which is to the south and crosses Highway 226. Even with the error, Google’s directions still work perfectly.

All that remains of the town of Gilkey is the Gilkey Bridge. Named in honor of Allen and William Gilkey, the town served as a railroad shipping point for farm products raised in the surrounding countryside. The covered bridge stands next to a railroad bridge, which was once covered as well. Today this 120-foot-long bridge over Thomas Creek is a popular place for swimming. Built in 1939 and on the National Register of Historic Places, the bridge features open sides and a curved portal. Ample parking is available just before the bridge.

To return to where you began, cross the bridge and continue on Goar Road until it meets Robinson Drive. Turn right. Follow Robinson Road to the town of Scio and turn left on Main Street. Near the end of Main Street, turn right onto Stayton-Scio Road, which will return you to First Street in Stayton.

Pro Tip: If your travels have made you hungry, pop into PanezaNellie Breadstick Shoppe in Sublimity for pizza, pastries, and a cup of coffee. To find it, go north on First Street from Stayton to Sublimity (a distance of about 2 miles), then turn right on Starr Street. 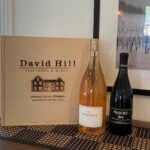 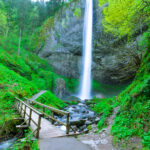