How To Spend A Perfect Weekend In Beautiful Goldsboro, North Carolina

The town of Goldsboro, in Wayne County, is located in eastern North Carolina approximately 55 miles east of Raleigh. The nearest airport is Raleigh-Durham International Airport. For years, my husband and I passed through or around Goldsboro on our way elsewhere. We realize now this was a mistake. Goldsboro and its surrounding area are blessed with a rich military, agricultural, and culinary history. Wayne County is well-represented by its impressive array of activities and experiences just waiting to be discovered.

Note: Our stay in Wayne County was generously hosted by Visit Goldsboro. All opinions are entirely my own.

Things To Do In Goldsboro

Whether you’re a family, couple, or solo traveler, you’ll find activities to suit your interests and fitness level. Here’s a small sample of what Goldsboro and Wayne County have to offer.

1. Get In Touch With Nature

Cliffs of the Neuse State Park lies 14 miles southeast of Goldsboro. Here, birdsong and other calming sounds, the earthy scents of woodlands, and a feeling of well-being envelop you like a sensory hug from Mother Nature. The 750-acre park features hiking trails, picnic area, tent and RV camping, swimming, fishing, and canoeing. A 90-foot-high sand cliff offers photographers a stunning view of the southern bank of the Neuse River below.

Pro Tip: The park’s trails are not wheelchair accessible.

Downtown Goldsboro’s wide brick-paved streets are alive with positive energy. The Paramount Theater, built in 1882 and renovated in 2008, is the city’s headquarters for the performing arts. Goldsboro’s former city hall makes a fine photo op. These and other preserved buildings represent the city’s commitment to honor its proud past.

Mount Olive, a 20-minute drive from Goldsboro, is the birthplace and home of Mt. Olive Pickle Company. From its humble beginnings, the company has grown into the producer of the top-selling pickles, relishes, and peppers in the USA. The production area is off-limits to the public, but you can learn about how Mt. Olive pickles are produced via an entertaining YouTube video. You should definitely visit the gift shop, which alone is worth the drive.

An integral part of the history and life of Wayne County and the city of Goldsboro, SJAFB offers free tours on the 4th Thursday of every month. Tours are by reservation only. For more information, call (919) 734-7922.

5. Get Down On The Farm With Agritourism

Agriculture is a major part of Wayne County’s economy and culture. You’ll find area farms eager to open their gates to welcome visitors and give them a true homegrown experience.

Odom Farming Company welcomes individuals, families, and groups with the goal of introducing visitors to the fun of spending time on a farm. Strawberry picking in spring, fields of wildflowers to wander in summer, and fall frolics from September to November are some of the farm’s seasonal activities. Resident donkeys, goats, a cow, hayrides, a corn maze, and a playground are only a few of the features available for all to enjoy.

Morganically Grown is the brainchild of Morgan Dennis. Her specialty is propagating houseplants, tropical plants, and cactuses. You can visit her greenhouse by appointment, catch her at one of the local farmers markets, or order plants online.

Holly Grove Farms, Inc. is a 65-acre farm specializing in raising and milking goats to produce all-natural farmstead cheeses. Tours are available by appointment. The on-site gift shop is open every Saturday. There you can sample plain and flavored goat cheese before you buy.

Pro Tip: If you visit in the early spring, you can coo over the adorable newborn baby goats.

6. Delve Into Area History At The Wayne County Museum

A visit to the Wayne County Museum Is a fascinating journey into the past. Two levels of exhibits bring to life the centuries from the American Revolution to the present. The story of Wayne County unfolds through rotating exhibits, a permanent American Civil War exhibit, a Wall of Fame honoring men and women whose contributions are intricately woven into the county’s history, and more.

7. Indulge In A Touch Of Class At Tobacco and Hops

The oldest tobacconist in Wayne County, Tobacco & Hops offers patrons a wide selection of premier cigars in a comfortable, unpretentious atmosphere. The spacious humidor is impressive, and the friendly staff know their cigars.

With a quality cigar, a quality beer is in order. Tobacco & Hops carries a variety of craft beers produced in North Carolina, as well as an assortment of international beers.

Pro Tip: This slice of cigar lover’s heaven isn’t exclusively for men. In fact, at least half of Tobacco & Hops’ customers are women.

For a town of fewer than 40,000, Goldsboro restaurants feed locals and visitors alike with an eclectic array of food. Barbecue is king, and this town has some of the best in the state. Once you’ve had your fill of smoked hog and savory sauce, switch gears and try some of Goldsboro’s other tempting edible and potable options.

This legendary Goldsboro favorite reopened under new ownership after being closed for over a year. The new owners kept the original recipes, knotty pine paneling, and red and white checkered tablecloths. Their pork barbecue and barbecued chicken are smokey and rich in flavor. The list of sides seems to go on forever, and they’re all excellent. Try the hush puppies dipped in chicken gravy, the slaw, and the fried okra for starters. They also produce excellent banana pudding.

Scott Adams and his family own two separate eateries: Adams Roadside Bar-B-Q and Adams Downtown Bar-B-Q. What they have in common is Scott’s talent for creating new and tasty takes on traditional favorites. Try the eastern-style pit barbecue, Texas beef brisket, or Memphis-style baby back ribs. And for those who prefer something leaner, hickory-smoked turkey, and barbecue chicken. Also, the mac and cheese with beef brisket will blow you away.

This family-owned eatery serves up fresh and scrumptiously prepared seafood with a smile. The combination plate of fried oysters and a crab cake is generous, hot, and expertly prepared. To assuage your guilt over that fried indulgence, try a fresh crisp salad as your side.

This congenial family-owned spot is a haven for those who love and appreciate Southern-style cooking. Everything is fried to perfection with an abundance of crunch. The burgers are juicy and full of flavor. Try the fried Oreos, if only once in your life.

A fine example of the diversity of Goldsboro’s food scene, this cheerful eatery presents the best of traditional Peruvian, Latin American, and Spanish cuisine in combinations that will make your tastebuds sing. The difficulty will be deciding what to choose. Try any dish containing shrimp. Los Fogones also has a patio area where you can enjoy outdoor dining.

This friendly, boisterous happy place is owned by two U.S. Air Force veterans who know how to make you feel welcome. The bottle shop and tap room serve a wide range of high-end international craft beers, wine, and even cold-brewed coffee. Live music adds to the upbeat atmosphere of this Goldsboro gem.

Looking for a place to relax with a good glass of wine and something special to eat? This cozy wine bar has you covered. The staff is wine savvy and will guide you to the perfect glass or bottle. Try a sharable charcuterie board or luscious dessert as an ideal accompaniment.

We stayed at the Hampton Inn. Our time there was pleasant. The hotel was clean, comfortable, and friendly. Amenities included complimentary breakfast, Wi-Fi, parking, an outdoor pool, business center, fitness center, and pet-friendly rooms.

Stay APT Suites offers both long-term and short stays and is pet-friendly. All rooms come equipped with a kitchen. Communal amenities include open concept living rooms, on-site laundry facilities, fitness center, as well as a courtyard with fire pits and grill stations.

Pro Tips: There’s more sunshine than rain in Goldsboro. The summers are hot, but there’s no bad time to visit this delightful town.

North Carolina has its share of spectacular destinations to suit any traveler’s taste: 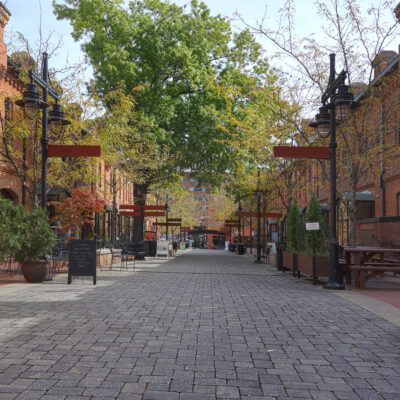 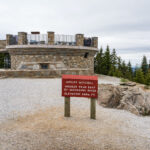 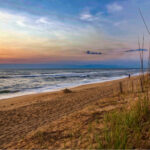 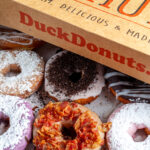