Best Zoos In The U.S.

Laura Ray
TravelAwaits participates in affiliate programs with various companies. We may earn commission when you click on or make purchases via links.

Whether you’re into feeding giraffes or want to explore the world’s largest indoor desert, there’s a zoo for you. TravelAwaits readers voted in our Best of Travel Awards to help us determine everything from the best beaches to the friendliest small towns. Our readers have spoken. Here are the best zoos in the United States.

Our Best of Travel Awards winner for Best Zoo was the Oklahoma City Zoo in where else but Oklahoma City, Oklahoma. This Midwestern zoo features more than 1,900 animals and offers some truly great views.

A 10-acre elephant exhibit — one of the largest in the country — features play areas that are designed to help the pachyderms behave the same way they would in their native environment. The Oklahoma Trail highlights animals native to the area, including the black bear, alligator, bison, and several snakes.

The Oklahoma City Zoo also offers memorable animal experiences — from feeding flamingos to getting up close and personal with sea lions — for an additional fee. There’s plenty of shade, but be prepared to do a lot of walking.

Located in Forest Park, Saint Louis’s premier urban green space, the Saint Louis Zoo is one of the few zoos in the country with free admission. Several structures built for the 1904 World’s Fair have been repurposed to showcase the more than 12,000 animals.

Get to know the rhinos and elephants in River’s Edge, interact with penguins along the Penguin & Puffin Coast, and be sure to make time for everything else, from the Bayer Insectarium to the Herpetarium and even the exotic residents of the Bird House & Garden.

Omaha’s Henry Doorly Zoo offers endless entertainment, like the aquarium’s 70-foot shark tunnel, the Skyfari open-air chairlift, and a new African Grasslands exhibit where you can feed a giraffe. Here, you can explore the world’s largest indoor desert as well as America’s largest indoor rainforest. The zoo also boasts the world’s largest nocturnal exhibit, Eugene T. Mahoney Kingdoms of the Night. Kids can even camp at the zoo! Beyond that, the Henry Doorly Zoo is known around the world for its work in conservation and animal care, so it’s incredible inside and out.

Situated in Balboa Park, the San Diego Zoo covers 100 acres and shelters around 4,000 individual animals from 650 species. It is known for being a pioneer in creating open-air, cageless exhibits that aim to recreate natural animal habitats as accurately as possible. Many exotic creatures such as giant pandas, leopards, koalas, elephants, and Chinese alligators live here. Thanks to the excellent Southern California weather, it’s also home to several different kinds of plants. Get a bird’s-eye view of the entire park by taking a ride on the Skyfari Aerial Tram.

The Brookfield Zoo lies just outside of Chicago’s suburbs in Brookfield, Illinois. Here you can also feed a giraffe. But in addition to your run-of-the-mill zoo animals, there are 40 animatronic dinosaurs!

Speaking of Chicagoland, the Lincoln Park Zoo has been free for the past 150 years. Located in its eponymous park, the 35-acre zoo offers plenty to see and do. Hand-carved and hand-painted threatened animal species parade around the AT&T Endangered Species Carousel, a Chicago landmark. African penguins waddle at your feet at the Robert and Mayari Pritzker Penguin Cove. And a gorgeous honeycomb pavilion makes for fabulous photo ops.

Philadelphia is home to many firsts, including the first public zoo in the U.S. Located amongst the attractions of Fairmount Park, the Philadelphia Zoo has one of the best primate exhibits in the world. PECO Primate Reserve features many rare species, including Silverback gorillas, Sumatran orangutans, and gibbons.

The Pittsburgh Zoo & PPG Aquarium sits atop Pittsburgh’s Highland Park, which offers several scenic trails. It is quite hilly, but there is a tram. A 22,000-square-foot exhibit called The Islands offers an immersive tropical experience, complete with waterfalls and several endangered animals, including a Galapagos tortoise, a clouded leopard, and Visayan warty pigs. See fossas, capybaras, ocelots, giant anteaters, and a pygmy hippo at Jungle Odyssey. And don’t miss the aquarium’s underwater walkway! 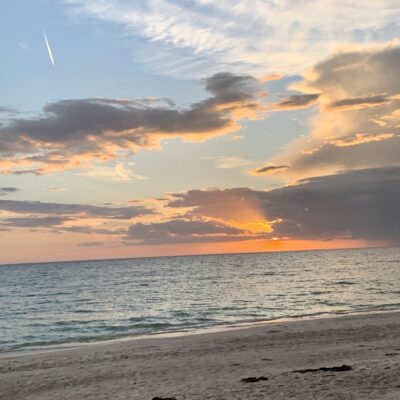 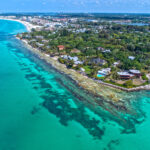 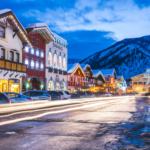 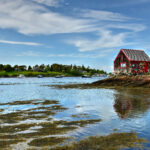