When people hear Sequoia National Park, they naturally think of giant Sequoias. But did you know the park is also home to Crystal Cave — a marble cavern complete with icicle-like stalactites and mound-like stalagmites?

Together, Sequoia and Kings Canyon National Parks, which are side-by-side in California’s Sierra Nevada Mountains, have 240 caves. Crystal Cave is the second largest of those caves. It’s also the parks’ only commercialized cave, which helps explain why it’s visited by thousands of people each year.

How It Was Formed

There are several types of caves, but most of the caves in the world — and all of the largest — are what’s known as solution caves. These caves are formed when moving groundwater wears away at carbonate and sulfate rocks such as limestone and marble, the U.S. Department of the Interior/U.S. Geological Survey explains. Eventually, after at least 100,000 years, the water creates tunnels, winding passages, and even large rooms out of the rock.

When minerals in water harden into deposits, they are called speleothems, according to a resource hosted by the National Park Service. The two most common examples are stalactites and stalagmites. While Crystal Cave is home to numerous examples of both, it also has rare “shields” — parallel plates of hardened calcite — and “raft cones” — mounds of hardened mineral deposits that formed on standing water. While native people were aware of the cave, it was rediscovered by National Park Service employees in 1918.

How You Can See Crystal Cave

Crystal Cave has paved paths and is illuminated by solar-powered lights. Most years, there are several ways to visit Crystal Cave, which is approximately 2.5 hours from Fresno, California, and about four hours from San Francisco. The most popular way to see the cave is on a standard, 50-minute guided tour. During normal years, there are other options available including one in which the lights stay off and visitors are given battery-powered flashlights.

That said, last year was not a “normal” year. In fact, all 2020 cave tours were canceled due to restrictions put in place as a result of the COVID-19 pandemic. Tours are managed by NPS non-profit partner Sequoia Parks Conservancy (SPC). The conservancy recently announced that while it is working to open Crystal Cave this year, there is no planned opening date yet. Those who are interested in visiting the cave are encouraged to check the SPC or NPS websites for updates.

Planning To See The Cave

The Cave is currently open for tours Thursday—Sunday through Thanksgiving weekend 2021. When planning to see Crystal Cave, there are several points to keep in mind.

Most notably, access is limited for those with mobility challenges. Crystal Cave does have a paved path that is a half-mile loop, but strollers and wheelchairs are not allowed inside the cave. What’s more, there is a steep half-mile walk from the parking area to the cave’s entrance — and then, of course, there’s the hike back uphill to the parking area after your cave tour is over.

Secondly, it can be difficult for those with hearing loss to hear inside a large cave. Fortunately, assisted listening devices are available so visitors can listen to the tour guide through headphones. American Sign Language video tours are also available and can be carried through the cave for those who are deaf.

Like other caves, Crystal Cave has a steady temperature of 48 degrees and is damp — so you’ll need to dress accordingly. Also, Crystal Cave is located at the end of a winding six-mile road. Because it’s narrow with numerous curves, vehicles over 22-feet long and those with trailers are not allowed on Crystal Cave Road.

Going to Sequoia? Read up on how to visit 2,200-year-old General Sherman, the world’s largest tree, and why Sequoia is among the top five national parks you must visit according to RVers. 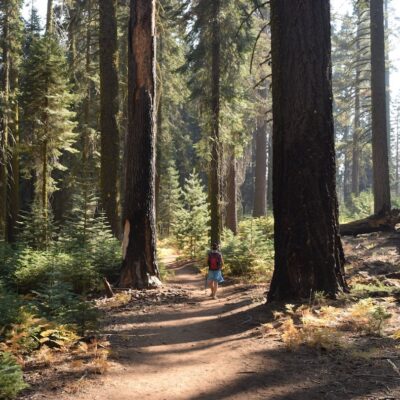 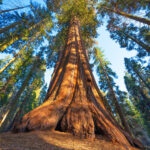 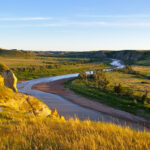 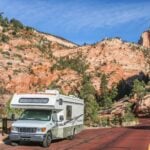