The 9 Most Colorful Cities In North America

When I wrote about my favorite colorful cities throughout the world, not only were there so many more vibrant cities that could not include because of space limitations, but I also got lots of comments from readers who suggested further cities. So the editor decided to make this into a little series, highlighting the best — but most likely not all — colorful cities in various regions around the globe.

Starting with the United States, Canada, and Mexico, I have heeded reader suggestions and compiled some real stunners, colorful enough to cheer up any traveler — armchair or intrepid — and to be included on everybody’s to-travel-to list.

The list doesn’t just include pretty fishing villages famous for their colorful residences, but a mix of all sorts of cities made colorful through their architecture, their lights, their art, and more. But all have in common that when you visit, you will notice that this is indeed a colorful place, and more cheerful and wonderful for it.

St. John’s, the capital of the Canadian province of Newfoundland and Labrador, is a right little stunner. Set in a perfect natural harbor, its buildings are bold and colorful. Like so many harbor towns around the world, the cheerful buildings welcome ships and fishermen, making it easy to spot the town from the sea as well as giving sailors the chance of spotting their home from a distance. Bright houses are dotted all over the rugged cliffs, and with its 500-year-old history, there is much to see and do, considering its relatively small population of roughly 130,000 inhabitants.

The city’s streets are meandering, filled with history, color, and lots of art, making for a great weekend away.

Pro Tip: The best way to explore St. John’s is by walking tour, taking in a bit of history, sightseeing, and art.

Famous for its stunning coastline, Nova Scotia is studded with sights, from lighthouses to picturesque fishing towns. Vibrantly colored Lunenburg is one of them, with the added bonus that Lunenburg’s old center is one of only two urban communities in North America designated as a UNESCO World Heritage site. Fishing always has been a mainstay of the community, with this being the site of Canada’s largest secondary fish-processing plant.

Pro Tip: To get into the fishing frame of mind, not only can you enjoy superb seafood in the many restaurants nestled around the bay, but you can also explore the colorful vistas across the harbor and surroundings during a boat tour.

Key West is Florida’s southernmost point. It is part of the Florida Keys archipelago, a stop on the Overseas Highway across the Keys, and a popular port for cruise ships. The Key West color comes not only from its white beaches, blue skies, turquoise water, and pink sunsets but also from the pastel-hued houses in town. Think two-story homes and conch houses with the cutest little porches, all painted in soft pastel colors, from pink to yellow to baby blue, with the odd splash of a bright magenta or deep blue. A walk down the historic center is a colorful experience.

Pro Tip: Hemingway’s house, so intrinsic to Key West history, shows you a different take on the Key West color scheme, with a white house and yellow shutters.

Is there anything about Charleston that is not to like? The food — and drinks — scene is fantastic, and there is so much history and art that you will be busy for days. That southern charm oozes from every corner — and then there is the architecture. While the iconic antebellum mansions harken back to a rich, if very troublesome history, there are also the much cheerier and brightly colored homes, especially down the very aptly-named Rainbow Row. It seems that it was a woman called Dorothy Porcher Legge who started it all: She bought a number of the houses along East Bay, and while renovating them, she opted to paint them according to a colonial Caribbean color scheme. Neighbors followed suit, and Rainbow Row is the most colorful street in Charleston.

Pro Tip: Explore and hear more about Rainbow Row on a walking tour with local guides.

Las Vegas can be called colorful for so many reasons, none of which are related to the architecture. No pretty pastel-colored houses here, but instead, you get the full-on blast of bright neon lights. The first neon sign appeared here in 1929, and the creation of the Hoover Dam nearby and the electricity it produced are credited as the reason that Vegas turned into the city of neon lights. You can learn more about the colorful neon history in the unique Neon Museum.

Pro Tip: You know the old saying “What happens in Vegas stays in Vegas”? That goes for neon signs as well. You can visit old and decommissioned neon signs in the Neon Boneyard.

Miami has the largest concentration of Art Deco buildings in the world, with some 800 buildings. They, plus the fabulous beach, bring in travelers from near and far. Nearly falling foul of the city’s popularity and need for expansion, the survival of these architectural beauties is due to some persistent activists who founded the Miami Design Preservation League (MDPL) in 1976, saving the lot of them and at the same time giving the city its special character.

As if Art Deco buildings weren’t already stunning enough, here you get that extra pop of color: from the mint green Carlyle to the blue and cream Marlin Hotel to the multi-hues Breakwater and the salmon-and-white McAlpin.

Pro Tip: Learn about the architecture from those who saved it on a walking tour led by the MDPL.

San Antonio has many multi-colored features that allowed it to be included in this list. Rather than being known for its colorful residences, it has a mix of all sorts of brightly colored architecture, such as the cheerful facade of the Children’s Hospital of San Antonio or the bright orange Central Library. Then there are the vibrant hues found along the San Antonio River Walk, from Mediterranean-esque houses to bright umbrellas shading you from the sun; from colorful boats to even more dazzling street performers. Add the San Pedro Creek Culture Park, with its street murals, and the many old-school neon lights dotted throughout the city, and you have a colorful city indeed.

Pro Tip: Need another splash of color? Head to the Ruby City contemporary arts center for color inside and out.

Guanajuato, capital of the state of the same name in Central Mexico, is the star of many jigsaw puzzles. Bright colors are dotted across the city, with private houses and even churches picked out in bright hues. No pastel colors for Guanajuato, no. Instead, there are strong ochre colors, dark oranges, deep blues, murky reds, vibrant pinks, and teals. The old part of Guanajuato is a network of tiny, cobbled lanes, the bright residences decorated with intricate balconies and windows. Walking around the old center is equal to getting a color-overload, especially in little streets such as Del Portrero by the pink San Francisco Church.

Pro Tip: Take the tiny little Guanajuato Funicular up the hill to Monumento al Pilpila. Most people go up for sunset and stay after dark, when the views are spectacular, but make sure you also have plenty of time in daylight to appreciate the color of the city stretching below you.

Izamal, on the Yucatan Peninsula, has embraced the color yellow. The official buildings are yellow, the churches are yellow, the private houses are yellow. Understandably nicknamed La Ciudad Amarilla (the yellow city), the origin of the egg-yolk yellow that covers everything is steeped in mystery. There is a story that the city was painted yellow in honor of a visit by Pope John Paul II in 1993, but apparently, it was yellow before then. Others say it is to reflect the sun from the buildings, but the explanation I like best is that Izamal was painted yellow to honor the Sun God, as it has long been a pilgrimage site to honor Kinich Kakmo, the Sun God.

Pro Tip: To have a closer look and learn more about the Sun God, visit the Pyramid of Kinich Kakmo, one of the town’s 12 Mayan pyramids. 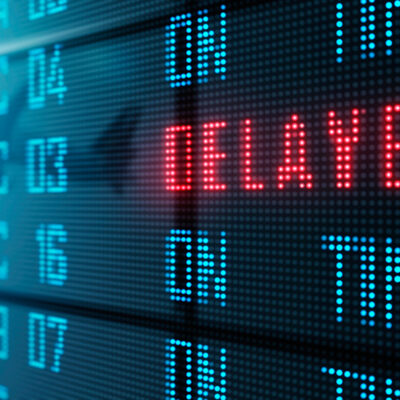 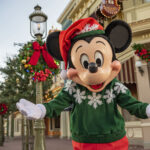 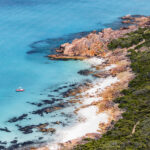