I love shopping and adore good quality fashion and accessories, preferably with a nice label attached as well. But having champagne taste on a beer budget, I spent years learning where to scratch the itch of getting something really nice but for a lot less. Having lived in both London and Paris and using the Eurostar train between the two cities like a commuter train for shopping day trips, I know where to go for the odd designer bargain.

In this list, I am sharing my favorite places to look and hunt for bargains. I have tried to provide pairs of similar stores in each city, where possible, so you can judge where you might want to spend some of your travel budget on your next trip to Europe.

Steps away from Harrods, you know that anybody leaving their designer labels in Pandora Dress Agency, a resale agency, has probably only worn the item once. Bursting at the seams with Chanel, Hermes, Dior, Burberry, and every other label that comes to mind, you can get your hands on a Chanel jacket for less than $2,000 or an on-trend Gucci bucket bag for $1,000. A fun way of shopping is to go to Harrods, look at what the current fashion is, then pop across to Pandora and get something similar, cheaper. Note that twice a year, Pandora has a sale, and you can get even better bargains.

Les 3 Marches de Catherine B, which is in fact two neighboring boutiques just by the Saint-Germain-des-Pres market, is a little treasure trove for anybody coveting Chanel and Hermes. The owner, Catherine, has an extensive collection of pre-loved bags, accessories, and clothes from these top labels, and you can even get your hand on a Birkin without needing to be a celebrity or spend years on a waiting list. Alas, her stuff is not cheap, with a basic Birkin starting at around $7,200, which is roughly the same as new, but the snag here is that if you walk into a Hermes store, they will not have a Birkin in stock. Please note that the staff can be somewhat stand-offish — best to just ignore them.

Pro Tip: As will all resale agencies, you only get what another customer has brought in. So you might find the perfect item, but not in your size or color. Go with an open mind, or check out their goods online before you go and call to reserve it if you find perfection.

TK Maxx is the British equivalent of TJ Maxx, a chain of stores that sells high street and designer at bargain prices. In London, there are several stores, with my favorites being near Covent Garden on Long Acre as well as on Kensington High Street. Look for the Gold Label for good designer brands such as Armani, Ralph Lauren, and Joseph, but be aware that not all TK Maxx stores offer the designer corner. Also, the better the area, the better the offerings, with the store on Kensington High Street, for example, regularly having Louis Vuitton bags in stock.

Like TK Maxx, La Piscine is a chain of stores in Paris that sells designer labels from boutique closures or end of lines. All new, but you never know what you’ll get. One day, you find a Dior top; other days, Dolce and Gabbana shoes. My favorite stores are at Odeon and on Rue des Francs-Bourgeois in the Marais, where you can just pop in before you settle on a café terrace for a coffee.

Pro Tip: In both TK Maxx and La Piscine, patience is key. Their supply often gets added to daily, and different stores across the city often get slightly different stock. With both having stores across their respective city, make a battle plan, and while sightseeing, plan to walk past a few of the stores dotted around the city and have a quick browse.

The Dresser is a smaller dress agency, or resale store, near Marble Arch, off Oxford Street. It may not specialize on the huge labels, but you can still find them, and much more in between, making it potentially more affordable. Dig deep and you will unearth a Chanel bag, but you also find more local labels such as Smythson, Mulberry, and Bric’s. You will find a lot of London-typical trench coats, from Burberry to McQueen, which are classics and never go out of fashion. Have a look online first, but go in person to double-check that you made the right choice.

Another smaller depot-vente, or re-sale agency, in the heart of the Marais, Closet2Closet allows you a sneak peek into what Parisiennes have, or used to have, in their closets — and maybe take it home to yours. While there are plenty of classic staples, such as Chanel and Hermes, you also find typically Parisian, hip labels such as Isabel Marant and Maison Martin Margiela. Their selection of accessories is superb, with lovely scarves and custom jewelry to spruce up any outfit.

Pro Tip: As with the above resale stores, you have got to go in with an open mind, as you don’t get the choices of colors or sizes as you do when buying new. What you do get is a look at what real people are wearing and the opportunity to snap up something no longer available in the shops.

In Britain, charity shops can be found in every high street, and it is worth popping into every single one as you go. This Cancer Research is my personal favorite in my go-to neighborhood of Marylebone. This is an upmarket area, so you can be lucky to find some very good labels and quality clothes here. My daughter found her prom dress here and outshone a fair few of her friends who wore new designers, and her dress had cost me a mere $30.

Another good charity shop is the British Red Cross in Chelsea.

In France, charity shops exist but are sadly not as ubiquitous as in the UK. The most commonly found charity store is Emmaus Alternatives. There is an interesting one on the lovely Boulevard Beaumarchais just off Place de la Republique. You can be lucky, as I have found a Missoni top there once, so do pop in and look through the hanging rails. But, quite honestly, save the charity-shop shopping for the UK — you will have better chances.

Pro Tip: Location is key when it comes to charity shops: The better the surrounding area, the better the castoffs you will find in the shop. People donate close to home, and in a big city don’t bother driving further away. So find the most expensive residential area and start searching.

The Bicester Village is an outlet village not far from Oxford and sells last season’s luxury designer wares. With designers such as Armani, Balenciaga, Mulberry, Missoni, Stella McCartney, Bottega Veneta, and more — altogether, some 160 boutiques, including homewares, Bang and Olufsen, and kid’s and men’s clothes — you are assured to find something special at prices that are up to 60 percent reduced. My favorite Missoni cushions come from the outlet; otherwise, I could never have afforded them.

Get there by train from London Marylebone in 45 minutes.

La Vallee Village is the same idea as Bicester Village, just in French. A 45-minute train ride from Charles de Gaulle-Etoile on RER A, stop at Val d’Europe just before Disneyland Paris, and you are in designer heaven. Over 100 labels, including names such as Valentino, Celine, Max Mara, Carolina Herrera, Burberry, Repetto, Isabel Marant, and even a Tumi luggage outlet to make it easier for you to carry everything home in. There are a couple of cafes for lunch, and the village is also attached to a large shopping mall with all the global and French high street stores — plus a large food court, so you can really make a day of it. A recent splurge of mine bagged me a Carolina Herrera shirt for a mere $120, reduced from $900 odd.

Pro Tip: These outlet villages not only sell at reduced prices but also have sales. In France, the sales are always in January and July, while in England, the dates differ. Sign up for updates from the villages, and then hit them on Monday mornings during the sales for even bigger bargains. 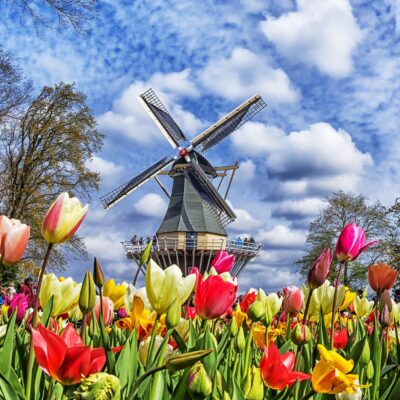 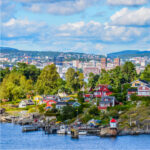