18 Free (Or Nearly Free) Things To Do In Covent Garden

Originally called Convent Garden, London’s iconic Covent Garden was where Westminster Abbey’s monks grew and sold their vegetables in the 1500s. When King Henry VIII broke with the Catholic Church, he dissolved all the monasteries, and Covent Garden was deeded to John Russell, the 1st Earl of Bedford. Bedford and Russell Streets were named to note the family’s influence in creating London’s first piazza in the 1630s, when the royal architect Inigo Jones was commissioned to build a church and a residential square of posh houses, which attracted food vendors.

At that time, Covent Garden was a rural outpost of the City of London, so when the plague hit in 1665 and the Great Fire destroyed much of London the following year, scores of displaced Londoners flocked west and landed at Covent Garden.

To stem the rapid expansion — and to make money from the food vendors — the 5th Earl of Bedford legally formalized the market in 1670. Meanwhile, King Charles II granted permission for two theaters to be built at Covent Garden: Theatre Royal on Drury Lane and the Royal Opera House, cementing the area as London’s theatrical center.

As Covent Garden developed into a bustling daytime market and an evening center for rowdy nightlife (complete with prostitutes and pickpockets), the nobility migrated westward toward a more genteel environment. Opportunists moved in and converted the posh homes into taverns, gambling houses, coffeehouses, and brothels. The area was so seedy that a pamphlet was published called Harris’s List of Covent Garden Ladies — which described each lady’s special “services”!

In 1828, the 6th Earl of Bedford remodeled the market space to what visitors see today. Here are 18 free (or nearly free) ways to enjoy Covent Garden.

The London Transport Museum offers a Secrets of Central London tour that starts at Covent Garden, meanders down to Embankment, and skirts Trafalgar Square, stopping at offbeat places where the knowledgeable tour guide offers interesting information about London’s transport system.

It’s a fun, quirky tour that involves a lot of walking, so wear comfortable shoes and dress for the weather.

Or, for an even more affordable option, take your own self-guided walking tour around Covent Garden written by award-winning author and historian Peter Ackroyd.

Covent Garden has a rich history of buskers and performers dating to 1662 Punch and Judy puppet shows! Following the 1658 death of the Puritan Oliver Cromwell, who had banned theater, King Charles II regained the throne and expanded England’s culture — including sanctioning the Opera House and the Theatre Royal. European street performers poured into Covent Garden, including an Italian puppeteer who performed a precursor to Punch and Judy under the portico of St. Paul’s Church, which holds a special service for London’s puppeteers every year.

Today, the broad stretch of piazza in front of Saint Paul’s Church is prime space for jugglers, acrobats, and dancers.

3. Take A Break In The Actors’ Church

Saint Paul’s Church is known as the Actors’ Church for its artistic congregation and its proximity to the Royal Opera House and the Theatre Royal. Built in 1633 by Inigo Jones and rebuilt after a fire in 1795, the church features memorials to Charlie Chaplin, Vivien Leigh, and Noel Coward, among others. The back gardens offer a lovely respite from Covent Garden’s crowds.

The church offers a variety of performances — including free lunchtime concerts — and has its own resident theater company, Iris Theatre, and symphony, Sinfonia.

4. Stare Up At The Flat Of Frenzy’s Serial Killer

As a child, Alfred Hitchcock spent many hours at Covent Garden with his father, who was a fruit importer. The famous director’s only “X-rated” movie, Frenzy, was filmed in and around this familiar stomping ground.

Hitch opens the trailer for the 1972 movie by standing in the market loading a sack of potatoes.

“This,” he intones, “is the scene of a horrible murder. It’s the famous wholesale fruit and vegetable market, Covent Garden. Here, you may buy the fruits of evil and the horrors of vegetables.”

In an extraordinary tracking shot, the camera follows the serial killer from a pub through the busy market and up the stairs to his flat at 3 Henrietta Street, a block away. Although the house is not marked, it’s not hard to follow the murderer’s path!

Since its opening in 1798, Rules has been the place to stargaze. Many actors, writers, artists, and journalists — including Dickens, Wells, Chaplin, Gable, and Olivier — have graced its tables and now grace its walls in framed photographs. Rules even has its own film creds: It was the setting for a James Bond lunch meeting in 2015’s Spectre.

Down the street from Rules is where the painter J. M. W. Turner was born in the flat above his father’s barbershop. While the original building is no longer standing, a plaque marks the spot. Turner was baptized in Saint Paul’s Church, just two blocks away.

The prolific painter, who produced more than 550 oil paintings, 2,000 watercolors, and 30,000 works on paper, helped establish the National Gallery in nearby Trafalgar Square. Elsewhere in London, his work hangs in the British Museum and the Tate Britain, and his self-portrait graces Britain’s £20 note.

8. Take A Ride Back In Time At The Transport Museum

The London Transport Museum isn’t just for kids — although the ground floor has reproductions of vintage buses and train cars for youngsters to climb though. As the elevator rises to the third floor, the digital sign above the door doesn’t mark the floors of the lift’s ascension. Instead, it rolls back the years from the present to 1800. When the doors part, visitors are greeted with vintage carriages and train cars. Although the displays are extensive, the public collection represents a mere two percent of the museum’s total collection of memorabilia! The remainder is warehoused and periodically opened to the public. (Check the website for depot open weekends.)

Pro Tip: You can get half off your admission by taking the Secrets of Central London tour mentioned above.

Next to the London Transport Museum is the London Film Museum, which recently housed a display of the largest collection of James Bond’s vehicles. Watch the website for upcoming exhibits.

10. Experience An Opera Or Ballet

The other theater sanctioned by King Charles II in 1663 was the nearby Theatre Royal, which will reopen in spring of 2021 with Disney’s Frozen.

The theater offers backstage tours that not only provide behind-the-scenes glimpses of some of the West End’s most popular shows, but also offer tales of the theater’s history that feature fires, bankruptcy, and even murder!

Release your inner mountaineer at the Vertical Chill ice wall. What a way to cool down during those London heat waves!

13. Tip Your Hat To Your Favorite Authors

Dozens of authors have lived around Covent Garden. Look for the blue and green plaques indicating where they lived. Jane Austen lived at 10 Henrietta Street, just up from Hitchcock’s serial killer. The young Charles Dickens worked at the corner of Chandos Place and Bedford Street. To escape a prison sentence, the French writer and philosopher Voltaire lived in exile at 10 Maiden Lane, just up the street from Rules.

14. Explore The Setting Of Your Favorite Movie

Covent Garden has served as the setting for some of the world’s most beloved film characters, from James Bond (Spectre, 2015) to Mary Poppins (Mary Poppins Returns, 2018) to Harry Potter (Harry Potter and the Sorcerer’s Stone, 2001).

Due to open in December of 2020, this new museum is located on the site of the old Bow Street Metropolitan Police Station and Magistrates’ Court, where Oscar Wilde was tried for “gross indecency” after it was revealed he’d had a homosexual affair and Emmeline Pankhurst and other suffragettes were tried for their “militancy” when fighting for the right to vote.

Although women were not allowed to practice law, defendants were allowed to represent themselves. When Christabel Pankhurst, Emmeline’s daughter who had a law degree, defended herself, she became the United Kingdom’s first qualified woman to cross-examine witnesses in court.

16. Learn About The History Of The Freemasons

Learn about this fascinating and controversial society at the Freemasons’ Hall, an impressive building two blocks from Covent Garden. Take a free guided tour of the art deco building and its displays of ribbons and other paraphernalia or enjoy a free organ concert on the 2,600-pipe organ.

17. Enjoy The Views From The Roof Of Somerset House

Once the home of the young Queen Elizabeth I before she was crowned and later the repository for birth, death, and marriage certificates, Somerset House has a rich history. Located just four blocks from Covent Garden, it’s also the place where the prominent architect Inigo Jones — who designed Covent Garden’s arches and Saint Paul’s Church — died.

Now a multicultural arts center, Somerset House hosted the first Royal Academy Exhibition back in 1779 and today features rotating exhibits. The Courtauld Institute of Art is also housed here. The rooftop cafe is a lovely place to view the Thames.

Across the street from Somerset House is where Guglielmo Marconi first broadcast over his wireless telegraph. His offices later became the first station of the BBC. The building, located on The Strand, now comprises 18 luxury penthouses, one of which is owned by Simon Cowell.

Dozens of world-class restaurants, bakeries, coffeehouses, and bars ring Covent Garden. A favorite is Sarastro, with its quirky, kitschy decor and live music. 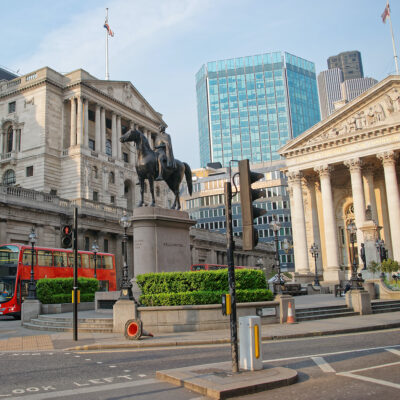 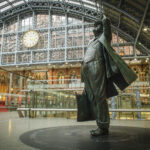 London6 Tips For Taking The Train From London To Paris 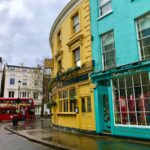 LondonHow To Spend A Perfect 24 Hours In Notting Hill, London 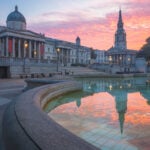