My Biggest Travel Regret: Flying Home While My Husband Visited The Galapagos

Every time I look at the photo of my husband, Barry, lying on the sand surrounded by a pod of Galapagos fur seals, I think, “I should have been there!”

The year was 1985. Though neither Barry nor I were big earners, our expenses in Bellingham, Washington, were low, and travel didn’t cost much back then. In January of that year, we flew to Lima, Peru, with the plan to hike the Machu Picchu trail and then spend a couple of months exploring Peru, Bolivia, and Ecuador. I was especially excited to visit Quito because I had lived there in the fourth and fifth grades. My father had been assigned to Ecuador as a diplomat, and it had been my favorite childhood home.

A couple of days after we arrived in Quito, I went to the U.S. Embassy, where I discovered that after 20 years, my father’s former secretary was still working there. She helped me reconnect with my old school friend Esperanza, who, I soon found out, was recently divorced with two young daughters. One afternoon Esperanza took us to meet her parents.

“Are you planning to visit the Galapagos?” her father, a retired general in the Ecuadorian Air Force, asked us in his thickly accented, booming voice. “I can get you a ticket for $40 on a military flight — if you don’t mind sitting on a hard bench.”

The Galapagos for $40? Unheard of! Commercial flights cost over $600, way beyond our budget. We had already decided it was out of the question.

Barry jumped at the opportunity, of course.

Me? Well, I had another goal: competing in a speech contest back in Bellingham. Barry and I were enthusiastic members of our local Toastmasters Club, an organization whose mission is to help people become better speakers. I loved public speaking, and enjoyed all aspects, from developing material to giving presentations. And I thrived on the friendly competition.

The year before our trip to South America, one of our local members had won successive levels of speech competitions all the way to the top. Our own Joe Boyd was flown to Orlando, Florida, where, after competing against contestants from all over the world, he became the 1984 International Toastmaster of the Year.

When I heard the news, I was shocked. It had never occurred to me that one of us in our humble little club could actually win. More than shocked, though, I was insanely jealous. Damn! Joe was a good speaker, but he was no better than I was. Surely if he could win, I could!

Joe was a big believer in visualization, affirmations, and success thinking. I was impressed when he told me that in the months before the competition, he taped a message across the face of his alarm clock that read, “And the winner is…” That was the first thing he saw when he woke up.

My heart was set on winning, not only for the thrill of it but also because I felt shaky about my career. For several years I had been leading groups for women on body image and weight loss. I was earning at most $10,000 a year — enough to live on in then-funky and low-cost Bellingham, but hardly enough to save. Plus, my business had reached a stalemate; it wasn’t growing and I had doubts about whether this was what I wanted to continue doing. If I won, I assured myself, everything would change, and my financial and professional anxieties would float away!

Because of the timing, I couldn’t both visit the Galapagos and enter the speech contest. I had to decide. As Barry and I walked back to our hotel after the visit with Esperanza’s parents, we reluctantly agreed that he’d fly to the Galapagos and I’d return to Bellingham. Though I felt rueful, I knew I was making the right decision. My future depended on it.

During my last few days in Quito, I was still tinkering with my speech, never quite satisfied with it. Joe had counseled me to decide on a topic, prepare the speech, and then leave it alone. But I kept fussing with it, up until the very day of the competition. Too bad I didn’t follow his advice.

The morning of the contest, my fellow competitor, a consummately polished speaker named Caroline, had a clear message and a strong delivery. She won. Easily.

Afterward, maintaining a carefully composed smile, I went up to her and congratulated her. But as soon as I could, I escaped to the restroom and burst into noisy sobs. I had come all the way back from South America — for what? I couldn’t even call Barry for solace. He was off somewhere on the high seas cavorting with seals.

Indeed, he had flown to the Galapagos on the military flight. Then he hung around in the main port town of Puerto Ayora, waiting to recruit fellow travelers to hire a boat and captain. That was the way budget travelers did it back then, rather than pay megabucks for a cruise organized from the States. I heard all about his adventures when he came back: the dinners of freshly caught lobster, prepared on board by the boat’s chef, the nights he slept on deck under the stars, and the blue-footed boobies he befriended. The Galapagos creatures, still unused to humans, were friendly, playful, and approachable.

The irony is, within a couple of years, I did get clear on my career direction. Barry and I moved to California, where I became a business trainer and speaker. My income grew (it had to, for us to survive in the costly Bay Area!). I joined a trade group, the National Speakers Association, to learn the nuts-and-bolts of the business, and was soon hired to give presentations and seminars in California and around the country. I knew my dream had come true when Hewlett-Packard paid me to lead seminars at an international conference the company held in Goa, India.

Thirty-five years later, I sit in our Mexican home, musing on that era. Knowing what I know now, I didn’t have to decide, after all. I thought it was either/or, but I could have snorkeled in azure waters, feasted on fresh lobster dinners in the Galapagos, skipped the speech contest — and still achieved business success. 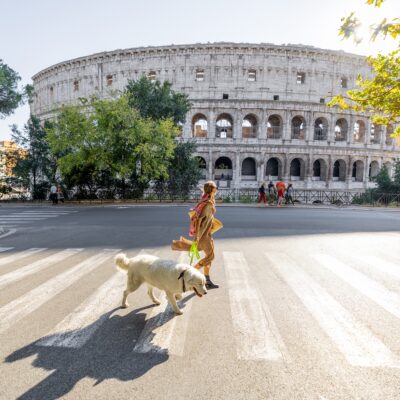 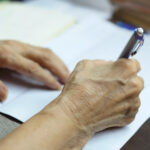