Nestled between the Great Salt Lake and the Wasatch Mountains, Utah’s high-altitude capital city is known for the greatest snow on earth, as the host city of the 2002 Winter Olympics, and Temple Square, Utah’s most visited site. There is a lot to see and do in this beautiful high-desert destination.

But, if you’re like me, when you plan your travels, you spend as much time researching where you want to eat as you do creating an itinerary of what to see and experience. Because I spend approximately six weeks a year in Utah’s largest city, I’ve had the opportunity to try a lot of coffee shops, bakeries, bistros, cafes, and restaurants. These are the restaurants you won’t want to miss when you visit Salt Lake City.

Just a short walk from Temple Square, Eva’s Bakery’s French-inspired blue facade stands out from the other buildings on Main Street. If you’re in a hurry to see Salt Lake City, pretend you are Emily in Paris with a quick continental breakfast of a flaky croissant and hot coffee or tea. Or bring your meal stateside with a breakfast sandwich that fills that same buttery croissant with ham, scrambled eggs, Gruyere cheese, and tomato. Other morning favorites include the lemon cream cheese and blueberry stuffed French toast and the roasted beet and avocado toast.

If you’re visiting Eva’s Bakery for lunch, you’ll find those same delicious beets in their roasted golden beet salad. You’re sure to love one of the cafe’s delicious croque sandwiches, from the classic croque madame (a croque monsieur topped with a sunny-side-up fried egg) to the turkey croque (oven-roasted turkey with brie and cranberry sauce).

With three locations in the metro area, Penny Ann’s Cafe serves the best pancakes, not just in Salt Lake City but in all of Utah. Penny Ann’s heavenly hotcakes are light and airy due to the sour cream whipped into the pancake batter. Enjoy a traditional stack slathered with creamy butter and a thick layer of Vermont maple syrup. Or try the hotcake sandwich that substitutes two heavenly hotcakes for bread, layering two eggs and three strips of bacon in the middle.

Although Penny Ann’s Cafe serves breakfast all day, you may be tempted to order from the lunch menu when you visit closer to noon. I love the grilled Reuben sandwich on marbled rye, and all of Penny Ann’s melts, from the grilled cheese on sourdough to the patty melt topped with sauteed onions and swiss on rye. The fries and nachos smothered in Penny Ann’s housemade pork chili verde are also very popular.

In a community where roughly half the population abstains from consuming hot beverages fueled with caffeine, it can be hard to find a good cup of coffee. However, several Publik Coffee locations in Salt Lake City offer drip coffee, cold brew, and espresso drinks to kickstart your day. Pair your pour with a slice of toast with delicious toppings, like brie and apple drizzled with honey or goat cheese and jam.

Pro Tip: You can also purchase a bag of coffee beans to take a taste of Publik Coffee Roasters home with you.

Offering fresh food fast, several Blue Lemon locations dot the Salt Lake City metro area. This is one of my favorite places to grab a crisp salad, filling sandwich, or warm bowl of soup in Utah’s capital city. My favorite salad is the Mediterranean, which adds an olive-artichoke tapenade and a scoop of hummus to the standard Greek salad ingredients. When visiting Salt Lake City in the winter, I love Blue Lemon’s tomato bisque paired with short-rib grilled cheese.

After living for nearly four years in the European region where French fries were invented, I consider myself a bit of a frites snob. And when I proclaim that Bruge’s Belgian Bistro has some of the best French fries this side of the Atlantic Ocean, I do so based on many million calories of extensive research. Fluffy on the inside and crispy on the outside, the fries served at Bruge’s come with dipping sauces like fry sauce, mayo, aioli, and curry.

I typically make a meal of a large order of frites and a Belgian-style lamb sausage called a frikandel, but Bruges also serves Flemish stew, croque monsieur, and other entrees. Whatever you choose, be sure to save room for a Liege waffle. I’m a fan of the plain waffles because they taste just like the ones my friend’s mother made when I lived in Maastricht, the Netherlands, just across the border from Liege, Belgium. But you can add all sorts of delicious toppings to your Belgian waffle at Bruge’s, including bananas, raspberries, Nutella, and whipped cream.

Serving locally sourced dishes from its craft kitchen, Provisions is a cozy neighborhood eatery just south of I-80. When the staff tells you that the menu is built around organic and sustainable ingredients at their peak, you won’t just hear it, you’ll taste it. Because the offerings at Provisions change regularly, it’s difficult to make specific recommendations, but I’ve dined there at least once each season, and everything I’ve tried has been off-the-charts delicious.

Pro Tip: When you visit Provisions, order two to three items from the ever-changing small plates menu or one small plate (like a salad) and one large plate. And be sure to save room for dessert!

One of my favorite upscale dining experiences in Salt Lake City is Franck’s. Nestled in the foothills of the Wasatch Mountains in a renovated brick home surrounded by trees, this cozy, avant-garde French-American bistro is about 20 minutes southeast of downtown in the town of Holladay. The seasonally inspired menu changes regularly, but if you dine at Franck’s on a day when the crispy Brussels sprouts are on the menu, be sure to order those! Another favorite is Franck’s meatloaf. Keep your eye on the large screen in the dining room that gives guests a peek into the kitchen where the chef layers meatloaf with whipped potatoes and blueberry-lavender sauce before topping the dish with crispy onions.

Pro Tip: Franck’s is pronounced Frahnk’s — like Martin Short’s over-the-top character in Father of the Bride — not Fraynk’s — like the cayenne pepper hot sauce.

Also in the shadow of the Wasatch Mountains, you’ll find Porcupine Grill in an A-frame building that always reminds me of a ski cabin. When I visit Salt Lake City in the summer, I often order the Southwestern salad, topped with black beans, corn-and-red-pepper salsa, jicama, and avocados, or the Baja salad, a mix of baby greens and shredded cabbage topped with a piece of grilled fish and lime-chipotle vinaigrette. When it’s cold outside, I enjoy the chile verde burrito that smothers chunks of pork wrapped in a flour tortilla with spicy chile verde or the fish tacos that tuck the same ingredients as the Baja salad into either corn or flour tortillas, served with white rice and black beans.

Pro Tip: Be sure to try the chocolate porcupine for dessert! This adorable, oval-shaped cake is coated in chocolate, accented with sweet quills, and served with a side of whipped cream and strawberries.

While the fish tacos and smothered burrito at Porcupine Grill are absolutely delicious, the best Mexican food in Salt Lake City is at Red Iguana, where the mole and margaritas take center stage. Let’s start with the mole. Made from dried chiles and smoky spices, this marinade and sauce is Mexico’s national dish. Get your bearings with the mole sampler that lets you try all six mole sauces, from the chocolate-colored mole negro to the pumpkin-hued red pipian. For your entree, go all in with your favorite mole tossed with meat like chicken, turkey, or carnitas. Or scale back a bit by ordering a dish like enchiladas topped with mole.

You can count on the establishment that serves killer Mexican food to also offer killer margaritas. Simply choose your favorite tequila and they’ll finish it up with fresh lime juice, simple syrup, Cointreau, and brandy. Or try a signature margarita like the tamarindo that adds orange juice and sweet and sour to the mix and is served with a chile rim.

Pro Tip: The liquor laws in Utah are some of the most restrictive in the United States. Be sure to read this before visiting the Beehive State so the seemingly quirky rules don’t catch you off guard.

Serving everything from filling breakfast fare to fast and fresh salads to locally sourced, seasonally-inspired entrees, you won’t want to miss these incredible restaurants in Salt Lake City. 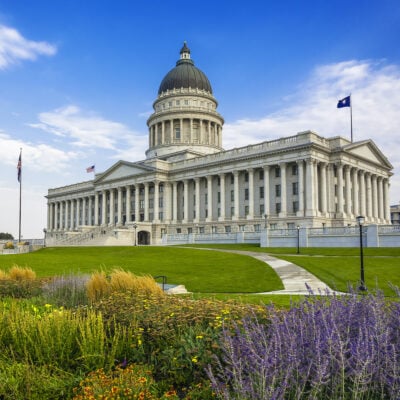 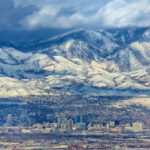 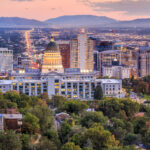 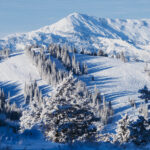