The mountains of Tennessee are among the most popular tourist attractions in the United States. The Great Smoky Mountains dominate as far as volume of visitors and attractions, but don’t forget about the Cumberland Plateau in eastern Tennessee. Along the southwestern ridge, you’ll find Lookout Mountain and the tallest and deepest underground waterfall open to the American public, Ruby Falls.

Where Is Ruby Falls?

Lookout Mountain is located around a half-hour’s drive from Chattanooga, Tennessee. The mountain is home to not one, but three nationally rated attractions. You can ride up one of the world’s steepest grade passenger railways aboard the Incline Railway or view seven states at once at Rock City. But the highlight of your visit to the mountain will be journeying into the depths of Ruby Falls.

Why Is Ruby Falls Unique?

The underground waterfall was actually discovered by accident.

The original entrance to Lookout Mountain Cave was located by the Tennessee River. The 2.1-mile cave was used to mine saltpeter for gunpowder and served as a makeshift hospital during the Civil War, according to The Chattanoogan. Legend has it that the cave visited by President Andrew Jackson — a signature with his name appears on one of the cave walls.

But because of railroad expansion in 1905, the cave was sealed off. In 1928, caving enthusiast Leo Lambert, wanting to preserve the cave, hired a mining company to drill from the top to build an elevator shaft. In doing so, they discovered a second cave, and the falls.

The thunderous, 145-foot waterfall is 1,120 feet below the surface. With only the light of his lantern available, Lambert found the falls so beautiful, he named them for his wife, Ruby, and opened the cave as a tourist attraction in 1929. In doing so, he “redefined Chattanooga tourism in discovering one of the best natural wonders in the southeast,” according to City Scope.

The falls and the unusual cave formations are a thing of natural beauty. It was one of the first commercial caves to install electric lighting, and it’s now equipped with LED lights, which provides a new sense of wonder for visitors.

How To Visit Ruby Falls

Tickets to the falls are available online, or at the new ticket atrium, which features a 37-foot waterfall mural, self serve kiosks, and lockers. Tickets will be marked with specific times for entry, and guided tours are available.

To access the falls, be ready to descend 260 feet in an elevator, deep into the mountain. Each tour lasts approximately 1 hour and 20 minutes.

When you get off the elevator, you’ll be greeted by a guide who will lead you through the cave towards the falls. You’ll see water pools, stalactites, and stalagmites. The passageways vary in width but are not wheelchair or stroller accessible, so plan accordingly.

As you move through the cave, you’re heading to the highlight of your journey, the Falls Room.

“Each tour group enters when the light show starts and exits when the lights go down. The lights illuminating the falls change from blue to red to white. Groups shuffle closer and further from the base of the falls to avoid the cool mists and to change their perspective. You have enough time to see the falls and take your pictures but don’t wait too long to get a clear frame,” writes travel agency Coleman Concierge.

Tickets for “The Cave Walk To Ruby Falls” are around $20 for adults, and children receive discounted rates. Tours from 8 a.m. to 8 p.m EST.

Visitors now get the opportunity to see Ruby Falls in a new light. Lantern light to be exact. During this specialty tour, the cavern and falls are illuminated only by lanterns, just as Leo Lambert experienced them in 1928. Visitors say the rock formations and shadows change with this lighting, providing an entirely new experience.

Lantern tours are available on Friday and select Saturday nights through the end of 2020. Tickets cost around $30 per person. Masked are required.

Due to the natural formations, narrow access and steps in parts of the cave. The cavern is not wheelchair or stroller accessible, but all other exterior venues including viewing stores, restaurants, and restrooms are wheelchair compliant. You can get more specific accessibility information by emailing [email protected]. 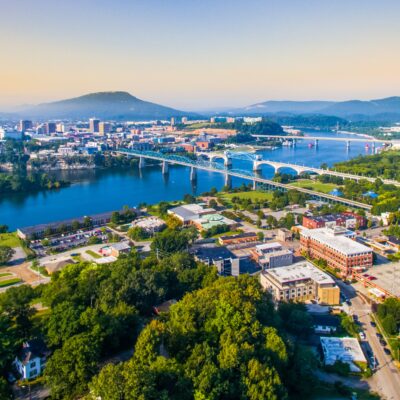 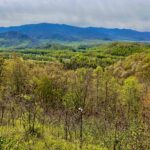 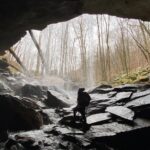 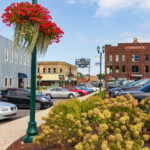 TennesseeHow To Spend A Perfect Day In Johnson City, Tennessee