6 Most Gay-Friendly Cities In Europe

Central Europe has welcomed gay travelers in recent years with the ascent of gay rights and gay marriage. Eighteen European countries have legalized gay marriage, and 11 countries recognize same-sex unions, which means that gay travelers can feel welcome and safe in Europe. Almost all of these countries have thriving gay communities and sponsor events, gay pride celebrations, and cultural happenings.

This is our list of the most popular gay cities and resorts in Central Europe.

The seaside town of Brighton, England, just a 60-minute train ride from central London, has a thriving gay community and is also a popular LGBTQ destination for travelers.

February is LGBTQ history month, and Brighton pays tribute to the achievements of gay individuals and organizations with films, tours, books, art, and talks.

There are a number of LGBTQ public artworks in parks in the city, including a street art piece, Kissing Policemen, by world-famous street artist Banksy, and a striking, 12-foot-high AIDS memorial sculpture fabricated in bronze by artist Romany Mark Bruce.

Other gay events in Brighton include the Brighton Pride, a Trans Pride, the Eyes Wide Open Festival, regular performances by the Gay Men’s Chorus, Bent Double, a monthly gay comedy night, and gay theater at the Marlborough Pub and Theater.

Most of Brighton’s nightlife is situated in the Kemptown district and recommended places include Club Revenge, Legends Bar, The A Bar, Charles Street Tap, and The Marlborough.

Brighton is also a popular LGBTQ wedding destination with a wide variety of venues from elegant to quirky fun, including the Royal Pavilion, the Brighton Racecourse, the Brighton Palace Pier, and the British Airways i360, a 530-foot-high tower with panoramic views.

Denmark was the first country in Europe to legalize same-sex marriage in 1989 and has long been at the forefront of advancing gay rights on the continent.

Copenhagen, the capital city of Denmark, is known for its gay-friendly attitude.

Events during the year include a World Aids Day event on December 1 at Jailhouse Bar with the sale of traditional Christmas cards, with proceeds going to the AIDS Foundation, Copenhagen Pride in June and February, and in 2021, EuroGames, an international gay sporting event similar to the Olympics.

Bars more than dance clubs define nightlife in Copenhagen. There are a number of mature, friendly bars in the vicinity of City Hall square, such as Cafe Intime, with live music, Oscar Bar, with an ample outside terrace, Vela, a lesbian cocktail bar and dance club, and Kiss, Kiss, a friendly bar that stays open extra late. The alternative bar and club area is the Meatpacking District near the Central Station.

Pro Tip: There are smoking and non-smoking bars in Copenhagen, so check ahead of time if you are smoking intolerant.

Hotels catering to LGBTQ include Skt Petri, a four-star design hotel in the Latin Quarter and close to the gay section of the city, the Hotel Danmark, a boutique hotel in the center, and for the budget-minded, CitizenM Copenhagen Radhuspladsen.

Just a 30-minute train ride from Barcelona brings you to Sitges, a lively gay beach destination, similar to Provincetown in the U.S.

Sitges is the biggest gay beach destination in Europe for a good reason, as there are three gay beaches in the small town, including Bassa Rodona, which has a beer and cocktail bar and live music after 4 p.m., Platja de l’Home Mort, a nudist beach, with a bar and cafe, and Playa de las Balmins, a clothing-optional beach.

Pro Tip: Platja de l’Home Mort is about an hour-walk from Sitges (you can also take a taxi). The beach has pebbles, so bring a blow-up raft and rubber shoes.

In February, Sitges hosts a Carnival, and the huge parade that goes through town has lots of glitter and glam, with circus and drag acts.

Gay restaurants, cafes, and bars jam the streets of Sitges, and some of the more well-known ones are Beach House, a beachfront cafe with Latin food and cocktails. Parrots Pubs, Central Bar Cafe, with live entertainment, and the Queenz Bar, a cabaret and dance club with drag performances.

Amsterdam is historically known as one of the most culturally progressive cities in the world as far as gay rights because same-sex relationships were legalized in 1811. Today Amsterdam is a highly visited destination for LGBTQ tourists with its large gay community and an extensive selection list of gay bars, clubs, gay-owned shops, and cultural events.

Amsterdam is beyond gay friendly with four main gay neighborhoods. If you want to acquaint yourself with the gay scene and activities of the city, head to the Gay Tourist Information Centre, which will happily dispense all the information you need to know, including hotels, bars, parties, shops, and local publications.

Reguliersdwarsstraat is the main gay street with upscale, gay-owned boutiques, cafes, and restaurants. Quentin Golden Bear Hotel, a small, cozy hotel, has been around since just after WWII.

Amsterdam honors its LGBTQ citizens with The Homomonument, a monument in the city center that commemorates all the gay men and women persecuted because of their sexuality in WWII.

Most of the dance parties and dance clubs are located near Halvemaansteeg Amstel and Rembrandt Square.

The Greek isle of Mykonos with its white stucco buildings, crystalline blue water, and sun-kissed beaches, is a much sought after gay playground. The gay-friendly island has been attracting LGBTQ travelers since the 1980s.

Among the gay beaches in Mykonos are Paraga, a sand beach, Elia, a long and wide beach that is clothing optional, Agrari, a little more secluded and less touristy, and Super Paradise Beach, with the recently opened JackieO’ Beach Club.

The Xlsior Mykonos International Summer Gay Festival is a splashy event happening the last week of August with over 30,000 people from around the globe attending. Eight parties are planned during the 7-day festival with dancing, DJs spinning, and live performances.

A few of the preferred hotels and accommodations in Mykonos are Oniro Suites, a five-star luxury resort located on a high cliff overlooking the Aegean Sea with just 29 rooms, Little Rochari, gently priced with a pool and located in the hills, Rania Apartments, centrally located with studios and one- and two-bedroom apartments, and Myconian Utopia, a luxury hotel near Elia Beach, with an indoor and outdoor pool, a gym, and some rooms feature a private swimming pool.

Not to be overlooked by London, Manchester has become the other favorite gay city of England. Canal Street, the gay village of Manchester, is the obligatory must-visit place packed with bars, clubs, and restaurants. Many of the locations in the popular British television show from the late 1990s Queer as Folk were filmed in Manchester and are instantly recognizable.

The big gay events on the annual calendar include Drag Fest UK, a three-tier event in April with live performances, comedy, and lip-syncing, Manchester Pride, a massive celebration with over 200,000 people attending and stars such as Graham Norton and Ariana Grande, and the Queer Media Festival in November, a gay digital festival with LGBTQ storytelling using virtual reality, mobile filmmaking, and podcasting.

A fun idea to get acquainted with Manchester is to take a gay tour. Gaily Tours organizes a fun night tour where you visit the best clubs and bars in Manchester, and the price also includes a free drink.

Although it’s technically in the Middle East, Tel Aviv has topped the list as the most gay-friendly city in the world by gay organizations. With its open attitude, beautiful beaches mixed with a modern urban metropolis, and favorable Mediterranean weather, Tel Aviv is a magnet for gay travelers. There are close to 100,000 gay residents in Tel Aviv, which is 25 percent of the population of 400,000 people.

The biggest event of the year is the Tel Aviv Gay Pride Parade, which is the largest in the Mideast/Asia and one of the most popular in the world, with over 250,000 people in attendance. The festivities last for 7 days, starting the second week of June, and the highlight is the Friday Pride Parade. The parade starts at 12 p.m. at the intersection of Ben Tsiyon Boulevard and Melchett Street and winds its way through the streets of Tel Aviv, with thousands cheering, and culminates at Charles Clore Beach. An all-out party on the beach, it includes performances, speeches, food stands, and dancing with live DJ’s spinning.

The TLVFest is the premier gay film festival in the Mideast. The festival strives to promote tolerance and acceptance against the tide of homophobia in many Mideast nations. It is also in solidarity with Palestine, inviting Palestinians to work with and be part of the festival.

The 10-day film festival takes during Gay Pride week in June and screens international LGBTQ films along with panel discussions, forums, and interviews with filmmakers and actors. 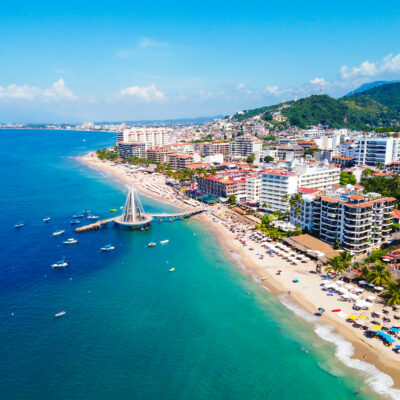 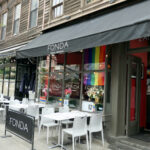 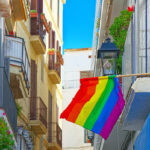 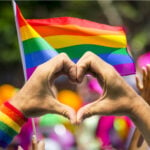